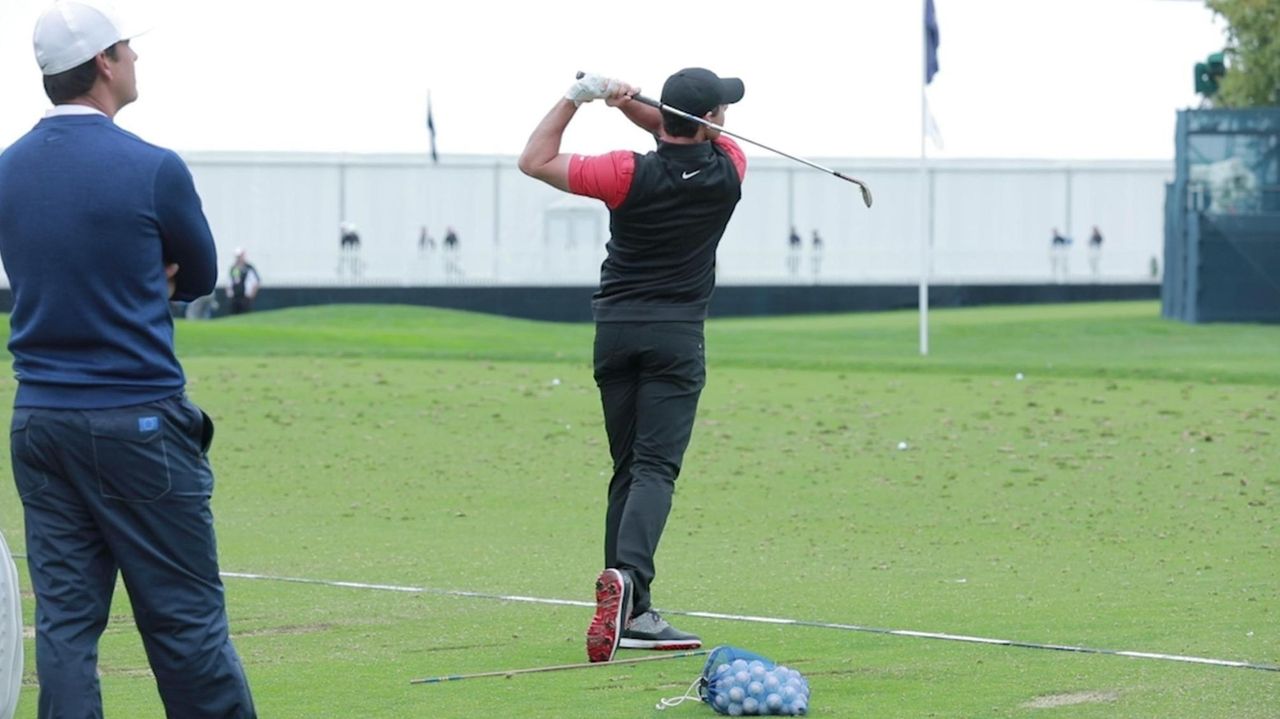 Rory Mcllroy addressed the media, on Tuesday May 14, 2019, and he believes he has a good shot to win this weekend in the PGA Championship at Bethpage Black. Credit: Newsday / Yeong Ung-Yang

Rory McIlroy has changed his mind.

He’s changed his mind about the Olympics —two years ago, he told the BBC that he likely wouldn’t compete in Tokyo in 2020. On Tuesday, he said he would “most likely play,” despite the fact the British Masters is the week after the event.

And he’s changed his mind about the flag he’ll compete under. McIlroy considers himself Northern Irish, which is not an Olympic designation and he once publicly bristled when he had to choose between Ireland and Great Britain. On Tuesday, he said that he’s re-evaluated, and decided that it was an honor to play under the Irish colors.

The way McIlroy described it, though, these decisions were not so much backpedaling, as moving forward and past old opinions.

For one, he’s stepped back on the idea that Olympic golf isn’t as prestigious as other sports. As for the flag, McIlroy consulted with his childhood self for direction.

“I think as a young boy it was always my dream to play for Ireland. I wanted to play for Ireland. I was very proud to put on that shirt or that blazer,” McIlroy said Tuesday, two days before teeing off at Bethpage Black in the PGA Championship. “So why would it be any different just because it’s a different golf tournament or because it’s a different arena or a different environment? ... When you put the Olympics into the equation and then there’s a choice to be made, you really have to start thinking, OK, well, what are your beliefs and your values and your . . . it makes you sort of have to delve a little bit deeper. It’s not just a superficial decision. It’s something that you have to really believe in.”

All told, McIlroy’s comments pointed to a player that is constantly evaluating and re-evaluating. He’s 30 now, and though he won four majors before the age of 25, he hasn’t won any since— a drought that dates to 2014. He doesn’t believe his best days are over, and thinks of this period as a time in which he can marry relative youth with over a decade of professional experience.

“I definitely don’t feel 30,” he said. “I mean, even just at the start of this press conference, this is my 11th PGA Championship. It’s like, where did those go? My body is as good as it has been in a couple of years, which I’m really grateful for.”

On Thursday, he’ll tee off at 1:38 p.m. alongside Phil Mickelson and Jason Day. McIlroy has had success at Bethpage — a scoring average of 70.9 in 12 rounds.

Two-time champ Singh withdraws.Vijay Singh, the 1998 and 2004 PGA Championship winner, withdrew on Tuesday because of a back injury.

Singh, 56, splits time between the PGA Tour and PGA Tour Champions and finished tied for 43rd on the senior circuit’s Regions Tradition last week. Singh failed to make the cut at the Masters last month at Augusta, finishing with a 12-over-par 156 in his two rounds.

His place in this week’s PGA Championship will be taken by J.T. Poston, who is 68th on the PGA Tour FedEx Cup points list.

Zibanejad's apparent tying goal with 1.9 seconds left is disallowed
Isles' game vs. Kraken postponed by winter storm
Lundqvist: 'It's all about what happened, not so much what didn't happen'
All hail Henrik! Rangers retire goalie great's number
Daboll figures to be vastly better than Judge
Rangers defenseman Adam Fox goes on IR
Didn’t find what you were looking for?