Tiger Woods looks on from a fairway as it rains during the first day of practice rounds at the PGA Championship at Bethpage Black on Monday. Credit: Kathleen Malone-Van Dyke

WEST PALM BEACH, Fla. — The parents of a drunken driver who died in a car crash last year are suing Tiger Woods. They blame Woods and his girlfriend for allowing their son to drive home from their Florida restaurant while intoxicated.

Immesberger worked at The Woods restaurant in Jupiter that Woods owns. The golfer's girlfriend, Erica Herman, is general manager.

"Well, we're all very sad that Nick passed away," Woods said Tuesday during his news conference at the PGA Championship at Bethpage Black. "It was a terrible night, a terrible ending, and just — we feel bad for him and his entire family. It's very sad." 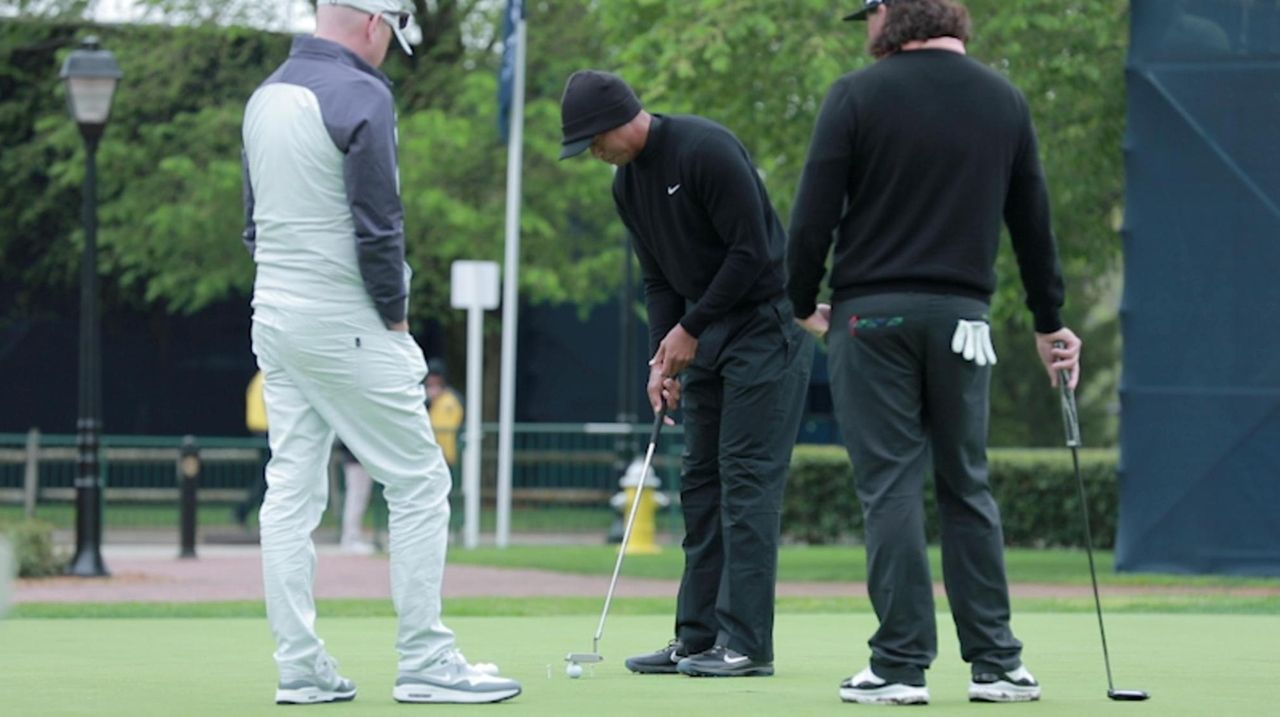 The lawsuit says Herman recruited Immesberger as a bartender despite knowing his condition. And it says the restaurant's employees, managers and owners allowed the 24-year-old man to be over-served even though they knew he was an alcoholic.

Tiger looking forward to Bethpage Black challengeThe reigning Masters champion is familiar with the fabled Long Island public course after winning the 2002 U.S. Open there, but knows it has changed. Herrmann: David Wright can empathize with TigerMets icon, an ambassador for this week's PGA Championship, knows about the endless work involved in trying to overcome severe back problems. Tiger returns to Bethpage, as do expectations to winRegardless of whether he wins or loses, Woods' victory at Augusta in April has cemented his legacy as one of the greatest comeback stories in sports history. Tiger at the PGA Championship at Bethpage BlackPhotos of Tiger Woods, coming off his first major championship in 11 years, at the ...