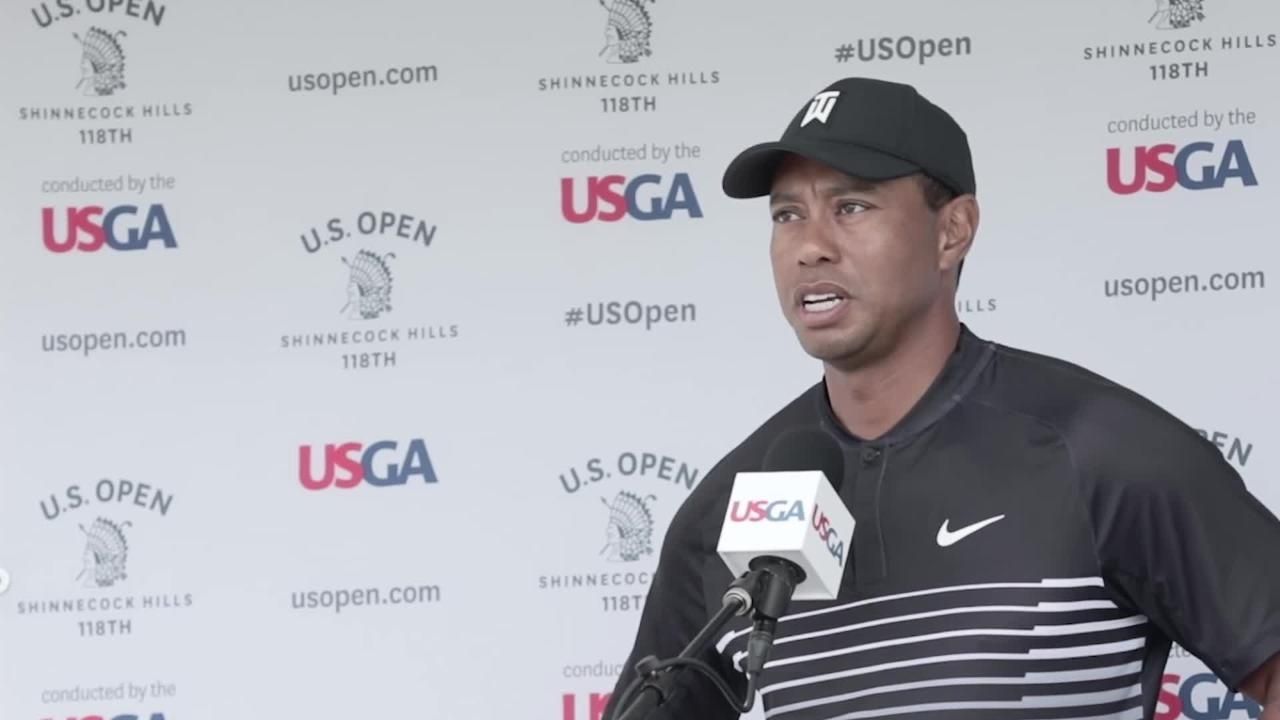 Failure has its way of changing people, and so does adversity, and Tiger Woods has had his fair share of both. But as he stood at the lectern Friday afternoon, hand on his hip, acknowledging that he had fallen far short of his goal, it was clear that one thing about him had not changed at all.

“Absolutely,” he said when asked if he thinks he can ever win a major again.

But why? After all, his decline has been precipitous. His golden boy status is forever tarnished by marital disputes and a DUI charge. His back has been cut open over and over and the discs there were fused. He is 42 years old. It’s been a decade since he won his last major, and after his round Friday morning, he missed the cut by two strokes.

“Have you seen the way I’ve been swinging?” he said by way of answer, smiling the same wide Tiger Woods smile that once graced Wheaties boxes all over the country. “Our whole careers are pretty much measured [on] if we can win four times a year. One year, I did it three times.”

Woods was right on a few counts. Yes, he’s done this before. And no, it wasn’t his drives that were the problem on Thursday and Friday at Shinnecock Hills. His putts were. He finished at 10-over-par 150 after shooting 78-72 over the two days. He and his group, including Dustin Johnson, who led after Friday with a 4-under total, and Justin Thomas (4 over), battled the cold and the wind and the very unexpected rain in the morning.

On Day 2, Woods managed to hit 79 percent of his fairways but only 50 percent of his greens in regulation. He had one double bogey, on hole No. 1, the same hole he triple bogeyed when he began his tournament on Thursday. Starting on the back nine, Woods was 1 under for his first eight holes of round two before finding a bunker on 18 and finishing with a two-putt bogey. That put him in an even rougher spot for his nemesis this tournament, hole No. 1.

Woods again hit that fairway with his drive, but his approach leaked right into the rough. His pitch went over the back of the green and he finished with a double-bogey 6. Only birdies on his last two holes of the day gave him an outside chance at making the cut, which he missed after the weather improved and late-day players rallied.

“I’m not very happy with the way I played and the way I putted,” said Woods, who had four birdies. “I wanted to shoot something around 68, 67 . . . I looked at it as kind of progressively putting myself back into position. I couldn’t chase down the leaders right away. It was going to probably take me two and a half, three rounds to do it. Unfortunately, I went the other way.

“You don’t win major championships by kind of slapping all around the place and missing putts. You have to be on. And, you know, I’ve won . . . I’ve won a few.”

Everyone knows. That’s not the question. The question is if he can win one again.

UFC 266 a tough but deserving test for Merab Dvalishvili
Bailey, Clutterbuck focused on one thing: Winning the Cup
Rieber: Yankees need to win now, by any means necessary
Rieber: After 707 days, Severino is all the way back
Loaisiga feeling 'very good' after throwing from 120 feet
Mets' fadeaway continues at Fenway
Didn’t find what you were looking for?