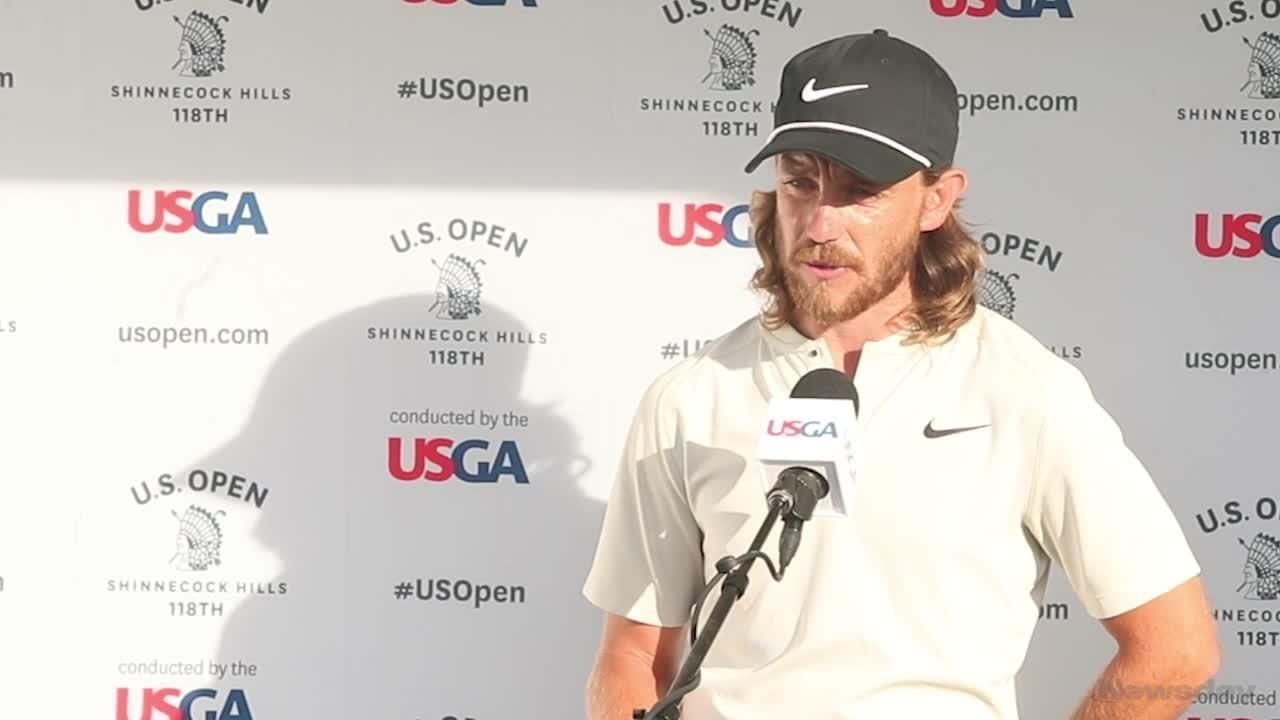 Tommy Fleetwood started the final round of the U.S. Open on Sunday tied for 23rd, but he still held a glimmer of hope that he could contend.

A whole bunch of players had come after him with a chance to win, but by 6 p.m. he was still in contention, two shots behind leader Brooks Koepka.

Fleetwood’s early charge came up just short, though. Koepka’s bogey on the 18th hole was good enough to best him by a single shot.

Fleetwood made eight birdies and a lone bogey at par-70 Shinnecock Hills to tie players such as Jack Nicklaus and Johnny Miller for the lowest score ever in the national championship. He had three good birdie looks on the final three holes that could have yielded him the all-time low score, including a 9-footer on the 18th that he just didn’t hit hard enough.

“I honestly never really thought I was out of it. I just needed a good start. You never know what’s going to happen,” said Fleetwood, the No. 1 player in Europe, the No. 12 player in the world and a fourth-place finisher in the Open at Erin Hills last year. “And obviously, we knew they would have made it a bit softer today. Looking at the pins, you knew they were going to be more accessible. I knew I was kind of in it teeing off, but you still have to get off to that good start; 4 under through seven, and it was game on.”

The previous low score in an Open at Shinnecock was 65, by Lanny Wadkins and Mark Calcavecchia in 1986 and Neal Lancaster in 1995. Rickie Fowler shot 65 Sunday.

The lowest score at Shinnecock was 62 by former Masters champion Craig Stadler in a casual round in 2014. Club member Jimmy Dunne and pro Adam Scott each shot 63 in casual rounds. Dunne’s included an ace on the par-3 11th.

This is another step forward for Fleetwood, 27, whose simple swing and solid putting stroke bode well for his chance for a major and ever-increasing stardom. “It was a good one. It was a great one,” he said of his day. “So many positives, so many great things. Had a chance to shoot a 62. And at the end of the day, I got within one of winning.”

As for that 62, Fleetwood was well aware of that number standing over a 9-footer for birdie on the 18th hole.

Asked if he was pleased to equal the best score in the Open, the jovial Englishman said: “Yes, but I wanted the 62.”

What he wants more is a major title, and he’s full of confidence and hope.

“This is my best result in a major yet,” Fleetwood said. “So now there’s only one thing I can do from here, and that’s win one.”

Players shooting 63 in the U.S. Open

USA reaches medal round behind KD's 29 points
No second Olympic diving medal for LI's Capobianco
Watch Joey Gallo's fantastic catch in left field
Conforto sits as Rojas believes problem is his mental approach
Kluber takes another big step by throwing from Stadium mound
Nimmo not in starting lineup as hamstring remains an issue
Didn’t find what you were looking for?