If you want to get to your U.S. Open tee time, it might help to have a little Privacy.

Tiger Woods said Tuesday that the traffic that chokes out the East End could prove intensely problematic to some of the golfers staying at the Riverhead host hotel, and it’s entirely possible someone might miss his tee time when it counts the most. Woods, no stranger to the Hamptons, said “staying on the dinghy” — a joking term for his 155-foot yacht, named “Privacy” — certainly has eradicated the issue. Others are less fortunate, with at least one — amateur Noah Goodwin — missing his practice tee time on Monday. Play officially begins on Thursday.

The host hotel — the Hyatt Place Long Island — is only 14 miles from Shinnecock Hills, and in a mythical world without June traffic, it would take less than 20 minutes. On Monday, it took Goodwin more than 1 hour, 40 minutes. A 6:15 departure turned into a Sunrise Highway-sponsored missed 8:02 a.m. tee time. 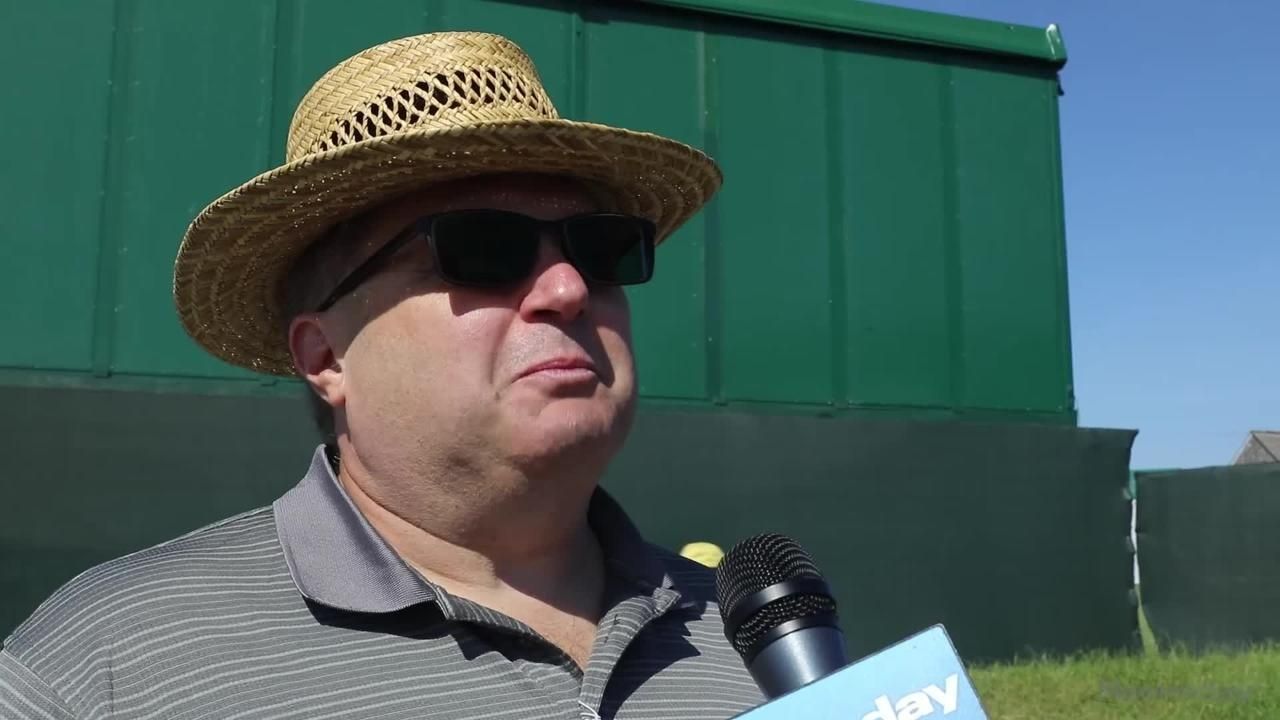 Players and fans talk about the course at Shinnecock Hills As Shinnecock Hills hosts its fifth U.S. Open, listen to what Tiger Woods, Jordan Spieth and golf fans have to say about the historic course in Southampton. (Credit: Newsday / Jeffrey Basinger and Robert Cassidy)

Dustin Johnson, the 2016 U.S. Open winner, is avoiding the headache by staying at a “nice house” east of the course, he said. “I’ve heard nightmare stories already,” he said. “Fortunately, I’m staying where we don’t have a lot of traffic.”

Woods, who descended on Shinnecock Hills for the first time in his career in 1995, indicated that he always had been wary of the traffic. It moved far better Tuesday morning than it did Monday, but in the end, it’s still a legion of cars, construction trucks and charter buses bottlenecking into one or two lanes. In some cases Tuesday, the media hotel shuttle — which takes off from Jake’s 58 Hotel & Casino, off Exit 58 on the Long Island Expressway, took more than two hours.

“My dad and I were fortunate enough to stay with one of the members close by in ’95 so it wasn’t that bad,” Woods said. “In 2004, again, I stayed not too far away from here — probably a few miles, but I was a little bit north as well, so it makes traffic easier.”

And in 2018, he’s gotten even savvier. Woods’ boat is docked in Sag Harbor, to the north and the east of the course. According to photos published by the Daily Mail, “Privacy” is docked at Sag Harbor Yacht Club.

The rise of Noah Dobson on the Islanders' defense
Walker on 'tough' demotion: 'I have no choice but to live with it'
Glauber: Judge failing to keep his early promises
Liberty, coach Walt Hopkins part ways
Jets to sign K Eddy Pineiro
St. John's surges to victory over Fordham
Didn’t find what you were looking for?