Matt Rogers of Wantagh celebrates winning a state title after he wrestled against Brock Delsignore of Shenendehowa in the 182-pound Division I final on Feb. 29, 2020, in Albany. Credit: Newsday/J. Conrad Williams, Jr.

One day Wantagh's Matt Rogers will look back on his senior year of wrestling and be completely satisfied. He’ll see that he achieved every goal that he set for himself.

Commit to wrestle at the United States Naval Academy, the college of his choice. Check.

Win that elusive state championship that eluded him in two previous tries where he finished fourth and fifth in the tournament. Check.

All of those accomplishments helped Rogers check off one more: Newsday’s Nassau County Wrestler of the Year.

"You couldn’t write a better ending for Matt Rogers, it was just perfect” Wantagh coach Paul Gillespie said. “We’re talking about as fine a young man as I’ve ever coached."

"This kid is a grinder, a self-made champion,” Gillespie said. “He’s an old-school soul who believes hard work will produce success. He was everything a coach could want in a student-athlete. He was a tremendous leader and role model for our younger wrestlers.”

Rogers completed his trek to the Division I state title at 182 pounds with a 6-4 win over top-seeded Brock Delsignore of Shenendehowa on Feb. 29 at the Times Union Center in Albany. He finished his season with a 39-2 record and a career mark of 172-32.

What made Rogers most proud was winning the Nassau crown in the same year as his brother. It was only the third time in the past 25 years that a pair of brothers earned Division I county titles in the same year. Sophomore Benny Rogers earned the 138-pound title.

"I wanted for us to both win county titles for our family,” Matt said. “I know how hard Benny worked for it. And I know how much he wanted it. It made it an even more special year.” 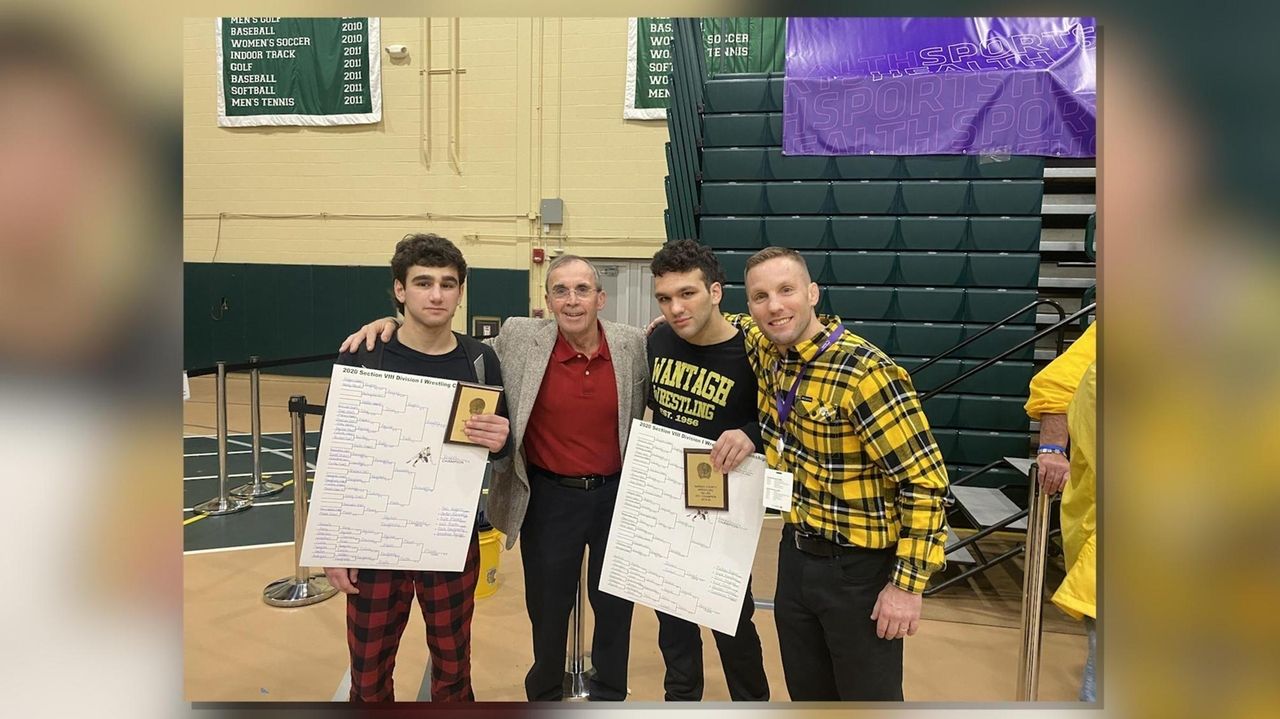 Rogers brothers dedicate titles to their late grandmother Matt and Benny Rogers won Nassau Division I championships on what would have been the 75th birthday of their grandmother, Sheila, who died in November. They spoke about it on Thursday, Feb. 20. Credit: Newsday / Shelby Knowles