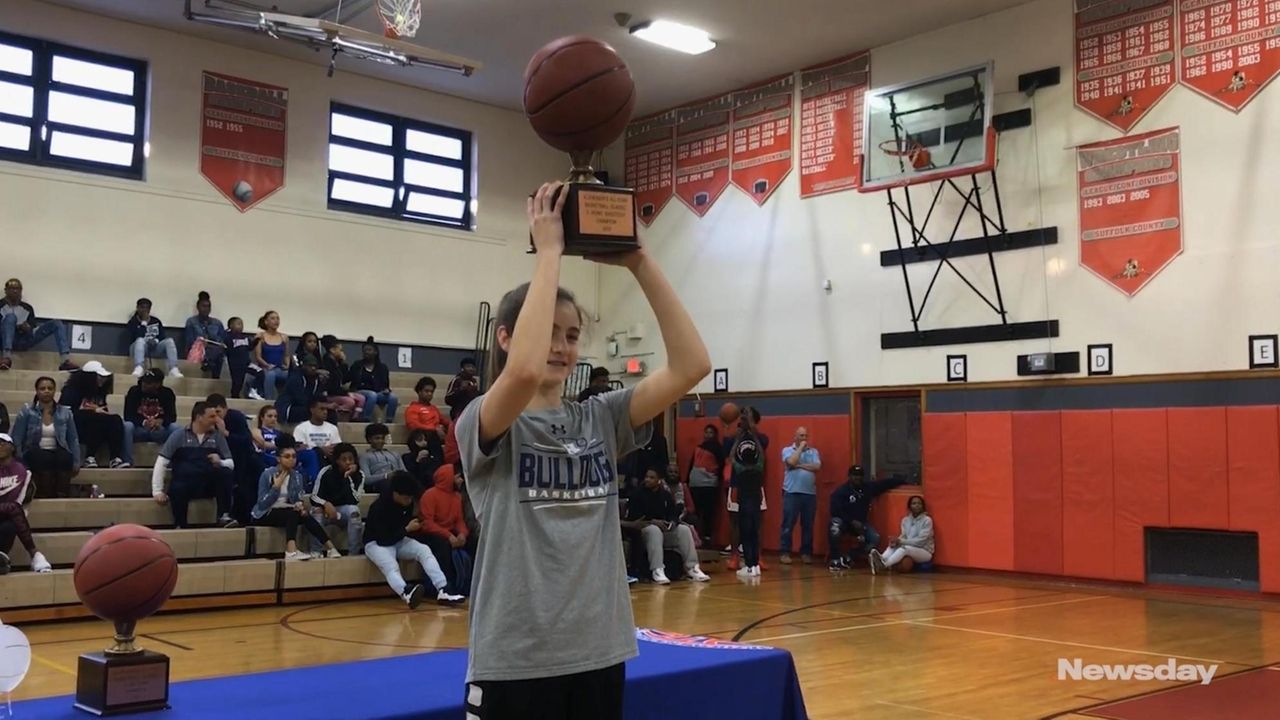 Hewlett eighth-grade fraternal twins Riley and Ryan Weiss discuss their three-point contest victories and what participating in an event for Alzheimer's research meant to them at Amityville on March 30.  Credit: Newsday / Melissa Kramer

She may be only in eighth grade, but Hewlett’s Riley Weiss already has cemented herself as one of the best three-point shooters on Long Island.

The 14-year old took the Amityville High School gym by storm from beyond the arc Saturday, winning the overall competition and the girls three-point contest against 14 other sharpshooters, including McDonald’s All-American Celeste Taylor of Long Island Lutheran, at the 7th Annual Alzheimer’s All-Star Basketball Classic Slam Dunk and 3-Point Shootout Contest.

Weiss, in her second year of varsity basketball, made 45 three-pointers this season and led her team with an average of 18.7 points per game.

And the soft touch from the three-point line runs in the family. After putting up 20 points in the girls final, Riley and her twin brother Ryan, who won the boys competition, faced off for the overall three-point title

“Everyone was a very talented shooter here, and it was exciting because I’ve never done anything like this before,” she said. “I knew I had to get up all the shots, or else they wouldn’t count, so there was some pressure. And that was going through my head.”

Ryan Weiss recorded a 21 in the first round of the boys division and followed with a 25. Ryan defeated 15 other competitors, including defending overall champion Rayjon Blackwell of Baldwin.

Amityville boys basketball coach Gordon Thomas started the event in 2010 in memory of his father, John Edward Thomas Sr., who died that year from Alzheimer’s disease. According to Thomas, all proceeds, approximately $5,000 were donated to Day Haven Adult Day Services Alzheimer’s Program.

“It’s great, it means a lot to be doing it for a good cause,” Ryan Weiss said.

Ryan and Riley grew up around the gym. Basketball is a love and shooting is a natural for both of them. Their father, Jeff Weiss, is the long-time head coach of the boys basketball team at Lawrence-Woodmere Academy and a member of the New York State Basketball Association Hall of Fame.

“We have a rack at my dad’s gym that we use for practice,” Ryan said. “And I got up a few shots before the event started just to get warmed up.”

Baldwin’s Tavin Pierre-Philippe won the slam dunk portion of the event. He wowed the panel of five judges with a perfect score of 50 on a 360 dunk in the final round.

“First of all, it feels great to be able to help fund research for Alzheimer’s and just help stop such a bad disease that a lot of people suffer from, and they have no control over,” Pierre-Philippe said. “But to just be able to participate and win, it’s a great accomplishment, and I’m honored that they chose me to be here.” 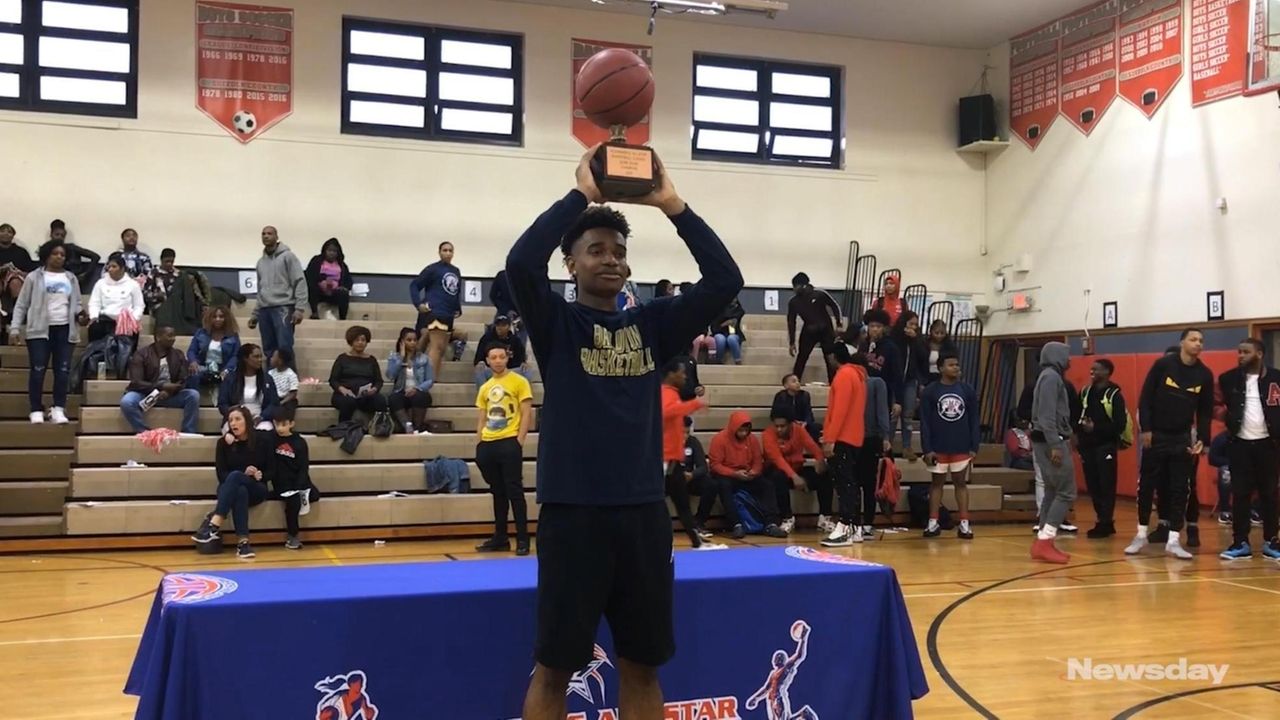 On such a competitive stage — he defeated Jordan Simmonds (Elmont) and Dian Wright (Upper Room) in the final round — the senior said he really didn’t have a game plan coming in, just the mindset to be relaxed and enjoy himself.

“I was just trying to top what everybody else was doing before me, and just get the best score I could,” he said.

Pierre-Philippe said he landed his first dunk during his freshman year at the end of practice.

“When you dunk, it just feels like you’re flying,” he said. “I can’t describe it, it’s just a great feeling.”