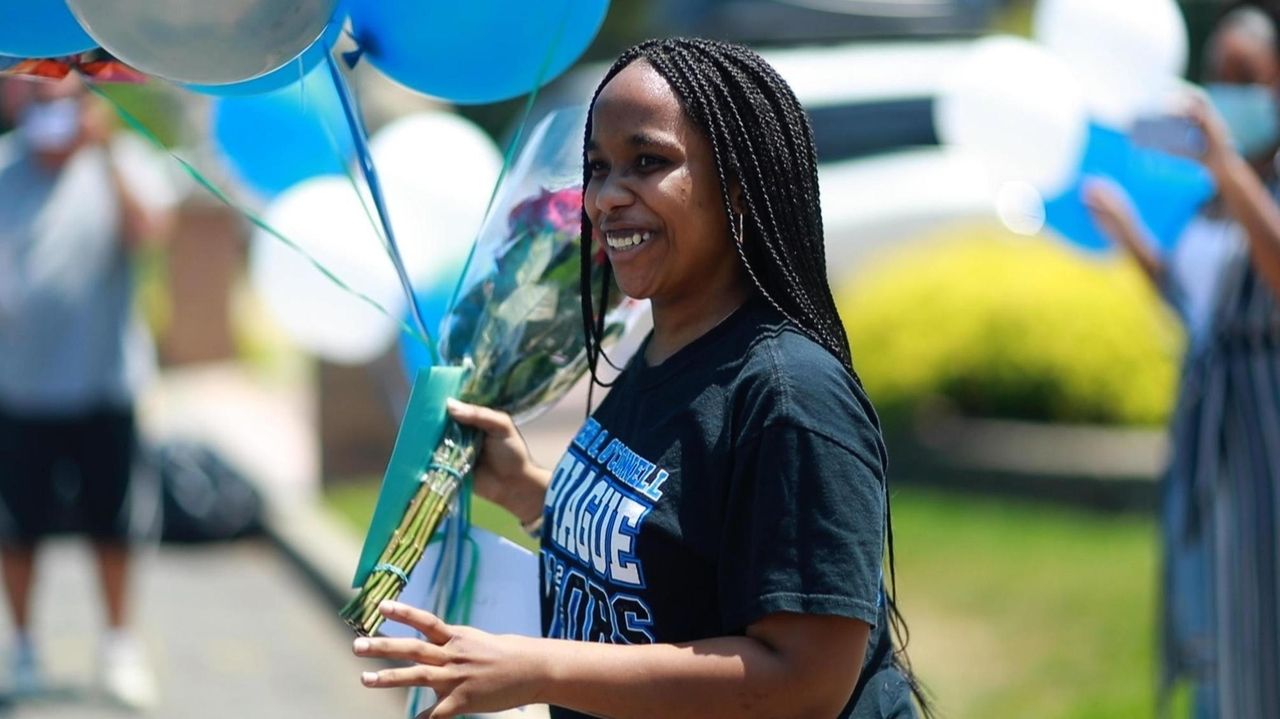 Amaya Williams walked down her driveway and peeked down the block.

She covered her face with both hands, overcome with excitement and disbelief as she saw the line of cars down the block to celebrate her graduation from Copiague High School.

“Surprise, Amaya! Surprise!” her friends shouted from the front of the caravan.

Signs of encouragement, colorfully painted car windows and a parade of friends and teammates honked their horns and popped out of sunroofs and car windows to offer their congratulations on a beautiful Sunday afternoon.

“It’s so cool, but a little overwhelming,” Williams, 18, said. “It feels so good. So many people took the time out of their day to drive over and wish me well. I just love it.”

Williams, who will attend Queens College in the fall, was born with one kidney, holes in her heart, a hole in her septum and malformed legs. Her right leg was amputated above the knee at 13 months, and part of her left leg was removed just after her 4th birthday. Amaya has had 16 surgeries and, as she has grown, has been fitted with 22 different sets of prosthetic limbs.

Doctors told her mother, Tanya Williams, that her daughter would never walk. With the support of her family — father Michael, a New York City police officer, and her sister,  Shelby — Amaya was determined to live a normal life.

Sports, it seemed, was an impossible dream. She started playing basketball at age 4 and eventually made the girls varsity basketball team as a junior.

“She left me speechless with her aggressive style of play,” Tanya Williams said. “Doctors told us our daughter would never walk and be confined to a wheelchair for life.” 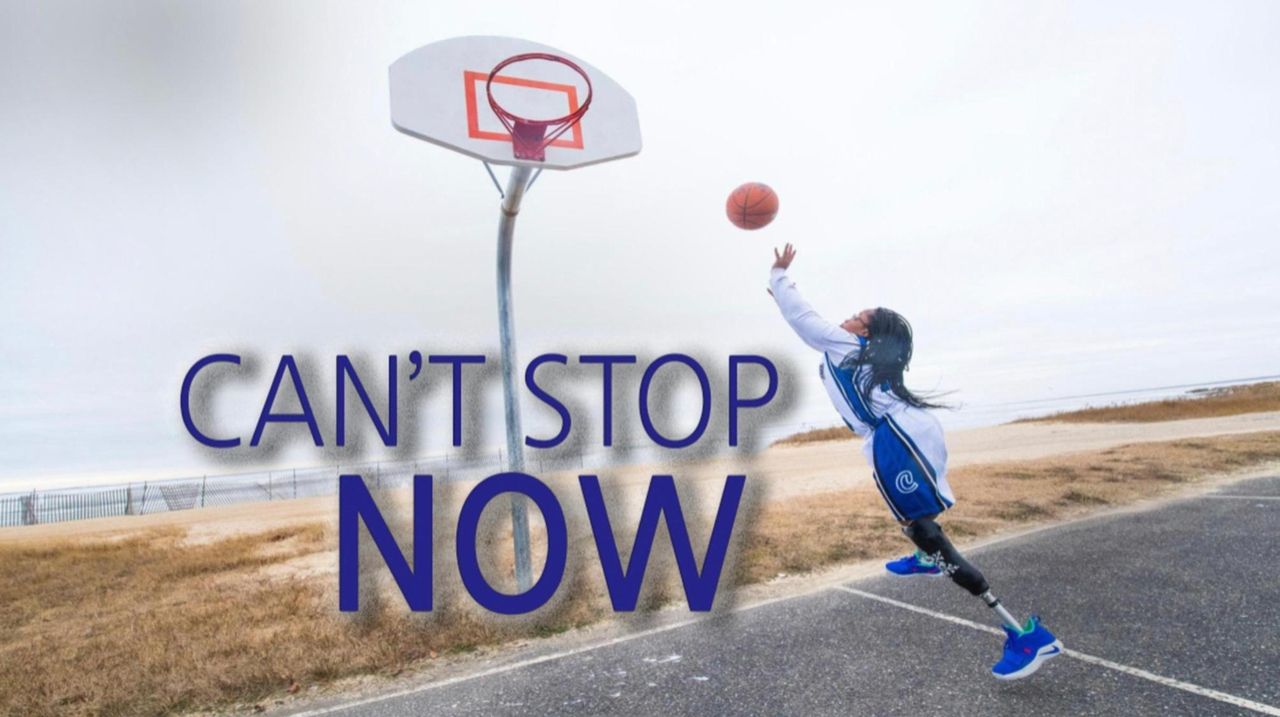 Copiague teen succeeds in hoops with prosthetic legs Amaya Williams is a player on the Copiague varsity girls basketball team. She trains with them, practices with them, plays with them. The only difference between herself and her teammates? Williams is a double leg amputee.  Credit: Newsday / Shelby Knowles; Alejandra Villa; Raychel Brightman

On Sunday, Williams collected cards and a dozen red roses as her mom handed out favors to every car that came by.

“Amaya needed a pick-me-up,” Tanya Williams said. “My baby girl has been very down. She was sick throughout the basketball season, and that took a toll on her mentally. And then she lost most of her senior year because of the COVID-19 pandemic. She’d been so connected to all of her friends and teachers in Copiague. School made her feel important, and she missed it.”

Amaya Williams scored her first varsity points on Jan. 17, 2019, when she hit a three-point shot. She followed that with a six-point performance on Jan. 23. As a senior, she had another six-point game before her illness forced her to miss playing time.

“We always needed her energy on the court,” said Copiague teammate and lifelong friend, Kaylah Roberts. “She’d lift the whole team and raise us up.”

Congratulations drive by for Copiague basketball player Amaya Williams and line keeps moving - incredible turnout for an incredible person! Amaya, a double leg amputee, showed us what true courage was in her time at Copiague. pic.twitter.com/9FqMxuUj8Q

Her cousin, Kyle Johnson, a senior at St. John the Baptist High School in West Islip, said:  “It was a beautiful turnout to celebrate one of life’s gifts – a true inspiration. My cousin is so amazing in what she has accomplished. And it’s her infectious smile and outgoing personality that will help her adapt in college.”

It’ll be the first time Williams is away from her family.

“Our summer goal is to teach Amaya how to cook,” Tanya Williams said.

“College is the next challenge," Williams said. "It’s a new start and a chance to make a lot of new friends. When has a challenge ever stood in my way?”