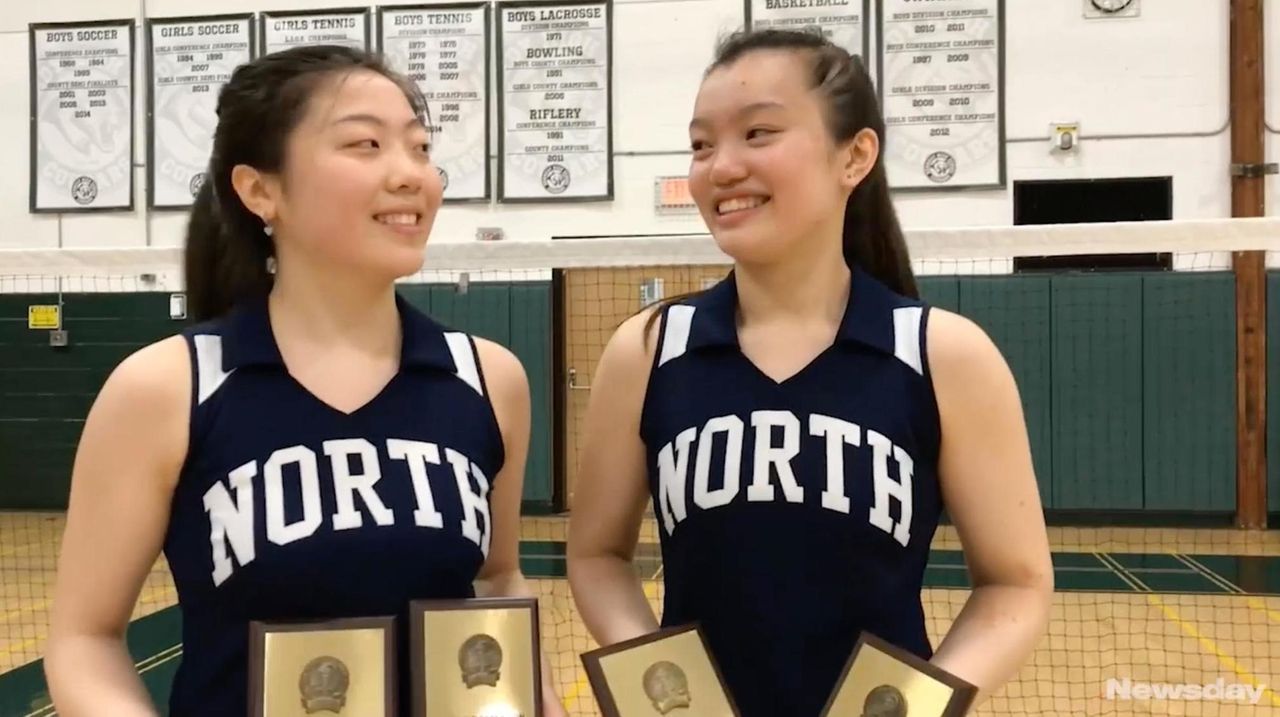 Doubles badminton is all about chemistry, and Great Neck North’s Chelsea Wong and Keva Li have it.

Wong sealed Game 1 with a smash.

“Our mindset was just aggressiveness,” Wong said. “We got to get it over, we have to smash it down hard compared to usual.”

Great Neck North won the final two points, after it was tied at 19 in Game 2.

The pair, who have played three years together, continue their love for the sport, even on the weekends, competing seven to nine hours straight at a local badminton club.

“There’s so many fun people who go there that play that love badminton as much as we do,” Li said.

Wong and Li conclude the season at 12-0 in first doubles and 17-0 after picking up five more wins in Saturday’s tournament.

The semifinals featured a matchup between Kaplan and Hill, who faced their teammates, No. 5 Nicole Calamari and Mia Froccaro for the second consecutive season.

Ng found herself down early in the first game, but after taking a 12-11 lead, she never looked back, using a drop shot to increase the lead to six (at 18-12).

Healy finished with a 49-4 record in the last three seasons.

Ng wraps up the season at 12-0 in first singles and 17-0 after five wins Saturday.

“She plays this all year round, and that’s a huge help, it really is,” Jericho coach Mark Burkowsky said. “This is her sport. A lot of girls play one sport, two sports, sometimes three sports in a year and they are fantastic athletes, but this is her focus and this is her passion and it comes out on the court.”