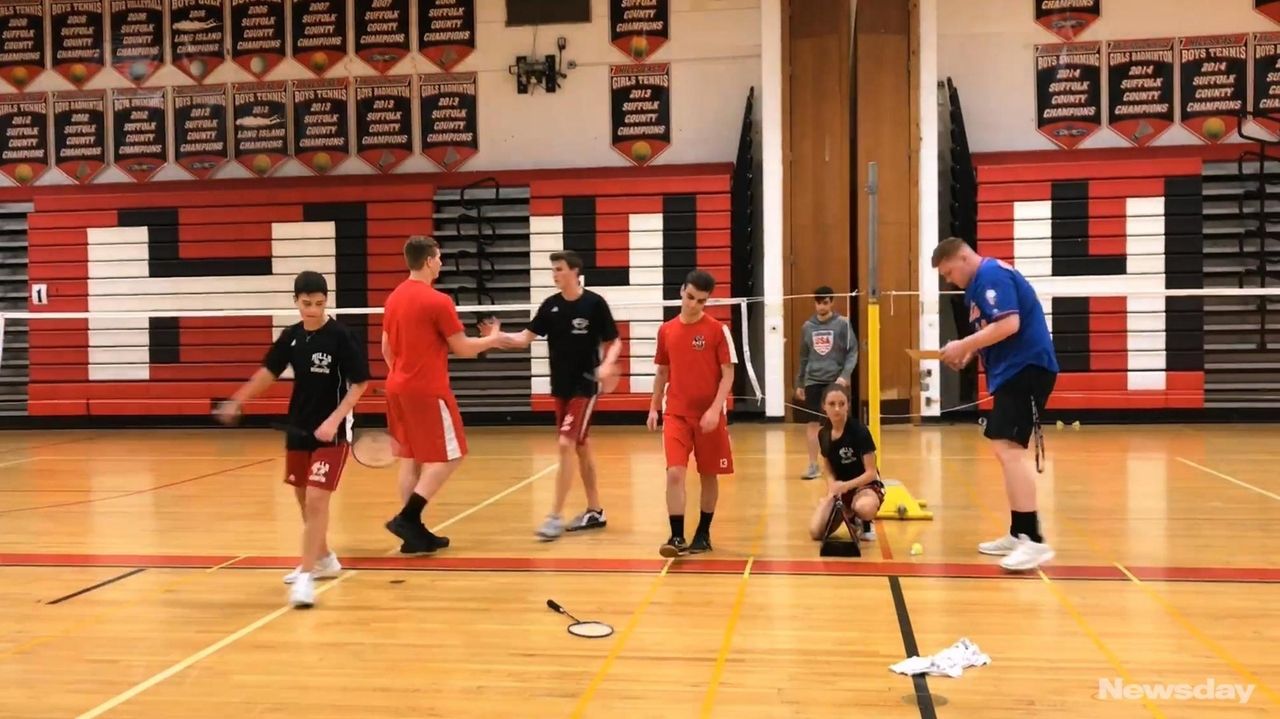 “It was stressful,” Karott said. “We always play in practice so it was something familiar.”

Before the match, they wished each other luck.

“We both knew this would happen so we were both content at the end,” said Karott, a senior who lost in the Suffolk final last season.

In their third year playing together, No. 1 Zach Cohen and Leo Wild of Half Hollow Hills won the doubles championship, 11-15, 15-12, 15-13, over No. 2 Smithtown East’s Alex Zampieron and Joe Hergott.

“Every rally they had a lot of shots, so we just tried to stick it out and hit our best shots,” Wild said.

The duo lost the opening game, but maintained a competitive mentality.

“Play your heart out so that we can win,” Cohen said.

Karott along with Cohen and Wild, are 20-0 this season.