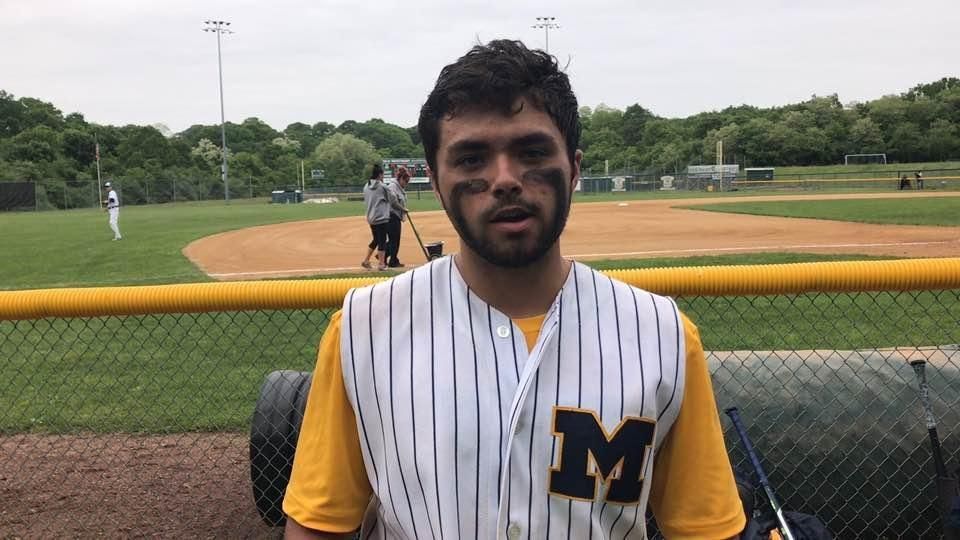 Christian DeNave stood confidently on the mound at SUNY-Old Westbury on Monday. But the road wasn’t easy for Massapequa as the defending Nassau AA baseball champion opened the season losing five of nine games. After ending the regular season winning eight straight, the No. 4 Chiefs entered the playoffs playing their best ball of the season.

“I wanted to be in this spot, I couldn’t wait for it the whole season,” DeNave said. “I knew we were going to get here somehow, and I’m just glad I was able to close it out.”

DeNave was helped by a diving catch from rightfielder Wade Kelly that started a double play with no outs in the top of the fourth.

“That was probably the biggest play of the game, honestly,” DeNave said. “It gave us so much energy and I feel like he really saved me on that one.”

The offense took over from there, as Massapequa scored four runs in the bottom half of the inning, taking a 5-0 lead. Phil Cottone’s single up the middle drove in Kelly and Andy Primm hit a sacrifice fly to drive in Aidan Cooney, giving Massapequa a 3-0 lead.

James Zupo added an RBI single and Nick Schwartz, who had walked, scored on an error for the final run of the inning.

“We knew what we had to do today and we were fortunate enough that we were able to do that,” said Cottone, who went 2-for-4. “I think the fourth inning showed that.”

After reaching last season’s state championship game, Primm, a catcher and this year’s captain, is looking to lead Massapequa to another chance at the crown.

“We were hungry this year,” Primm said. “We weren’t a championship team at the beginning of the year but we have a lot of grit and a lot of fight in us and that’s what’s special about this team. We just keep fighting and we don’t lose.”