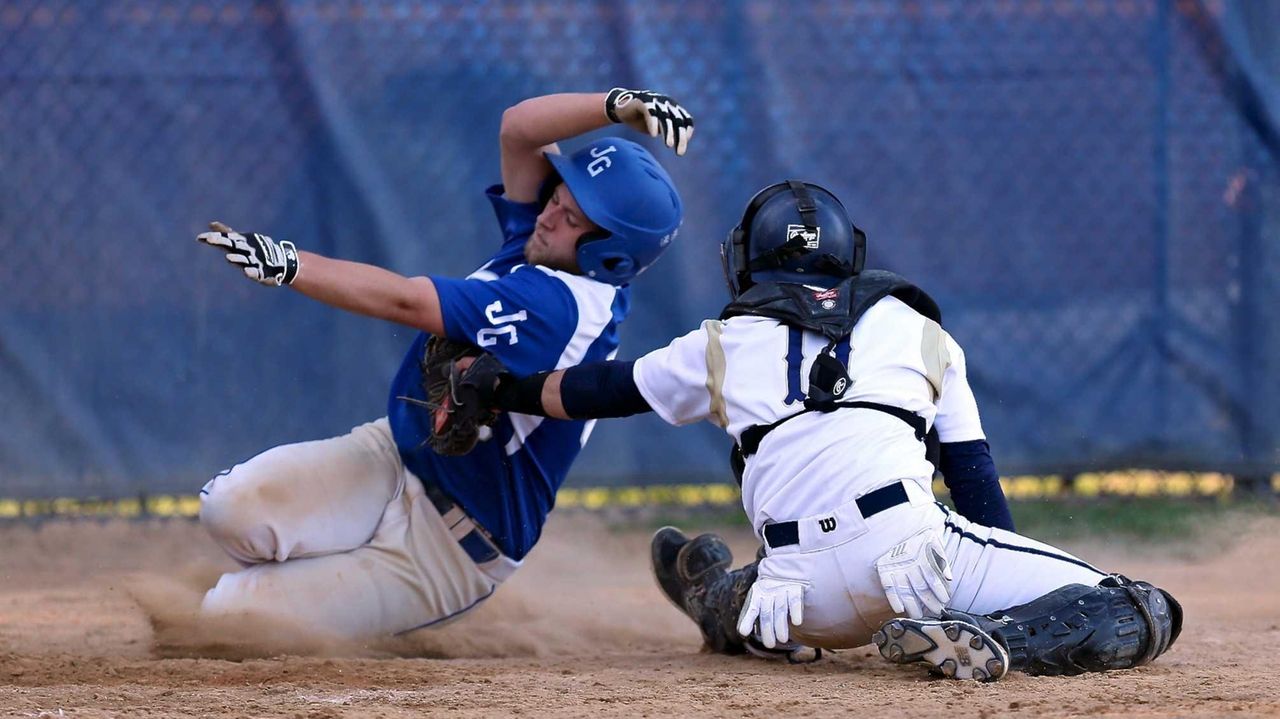 After Glenn opened the scoring on an RBI double by Luke Citarella in the fifth inning, Mike Mannix followed with a line-drive single to leftfield. There waited Olsson as he fielded the ball and fired it to the plate to record the final out of the inning -- keeping the game from getting "out of hand," Olsson said.

Then, with his team down by two in the seventh, Olsson hit a walk-off, three-run home run to left-centerfield that gave host BBP a 3-2 win over Glenn in Suffolk League VII and sent the crowd into pandemonium.

Olsson said he just wanted to move the runners over. But when Olsson made contact, he knew he ended the game -- and Glenn's 10-game winning streak.

"I just got a fastball I could drive, and I just did it," Olsson said of his second home run of the season. "I kind of knew right away -- you could feel it when you hit a home run. So it felt good."

Bayport-Blue Point -- the two-time defending Class A state champs -- and Glenn are 13-1 in league and play again Friday. Even though both teams have one more series against other teams next week, tomorrow's winner likely will take the League VII title.

"We want to win the league. Period," said senior starter Jake Scimone, who allowed two runs and seven hits in 6 1/3 innings. "To win the league, we had to win this game."

BBP coach Jim Moccio called Scimone a "gamer" and was impressed with his performance. Jake Terrill recorded the final two outs to earn the win.

"Our backs were against the wall today for the league championship and I knew we needed this one today," Scimone said. "I knew the moment we got down, we can't let this get away from us. And I'm happy we got it."

Glenn got its second run on a squeeze bunt by Evan Muchnicki that scored Dante Posotrino in the seventh. Mannix threw all seven innings for Glenn and held the Phantoms to just two hits until the seventh inning.

Moccio admitted he thought about giving Olsson the bunt sign. After Dan Camponelli and Dylan Rooney (3-for-3) began the seventh with singles, Olsson's bunt could have moved the tying run to second with one out. Moccio was happy he let Olsson swing away.

So was Scimone, who said, "That was definitely the best win in all my years at varsity."