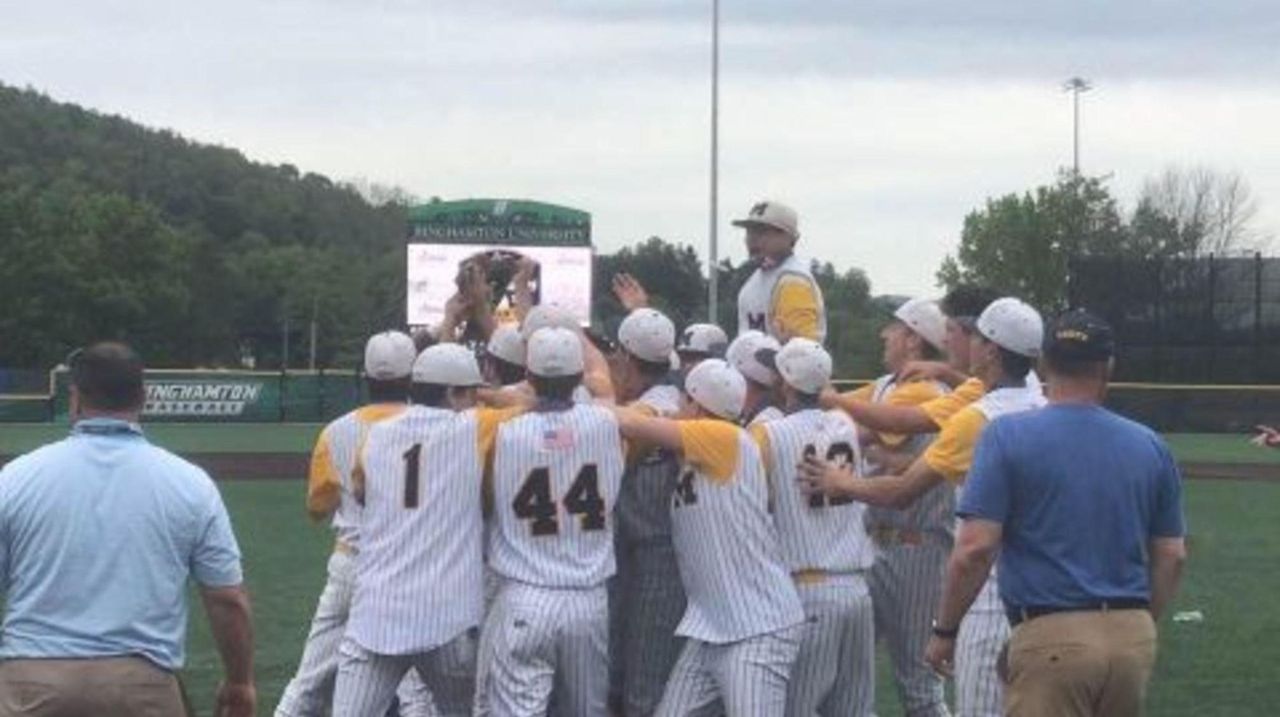 BINGHAMTON, N.Y. — One year ago, Massapequa’s baseball team stood on the baseline in tears while accepting state finalist medals.

The Chiefs vowed they’d return to the state championship game and come home with the ultimate hardware. Massapequa, which retained 16 players from last year, accomplished just that Saturday, beating Baldwinsville, 10-1, to win the state Class AA championship at Binghamton University.

“It helps that we’ve been on the other side of this,” said catcher Andy Primm, a three-year varsity starter. “Not many people can say they were a state finalist, never mind state champion, but we definitely learned from that and really played with a chip on our shoulders.”

After opening the season 5-6, the Chiefs (22-6) won their final 17 games and claimed their second state title in school history, with the first coming in 2006, coach Tom Sheedy said.

“It’s hard to put into words,” shortstop Phil Cottone said. “But coming here last year and making it to the final game and to be able to bring the team back and be able to win it this year, it’s unbelievable.”

Baldwinsville (20-4) struck first with an RBI single by Jack Andres in the first inning, but Massapequa’s Bobby Conlon induced a bases-loaded double- play ball to end the inning.

It didn’t take Massapequa long to answer. Cottone’s leadoff single, Nick Schwartz’s walk and Primm’s single loaded the bases for James Zupo, who drove the first pitch to right-centerfield for a three-run triple and a 3-1 lead.

“I knew I had to get the guys in. My teammates set me up well to take the lead,” Zupo said. “I had to get the ball in play, hit a sacrifice fly, anything I can do, and it just happened to be solid contact.”

Johnny Castagnozzi, who had two RBIs, followed with a sacrifice fly and Aidan Cooney’s single drove in Mike Moreno as the Chiefs took a 5-1 lead.

In the third inning, Wade Kelly singled home Mike Grisanti and Cooney had his second RBI single to make it 7-1 for the Chiefs, who last lost April 24.

“It just seemed to click when we got to the playoffs,” Sheedy said. “It was like ‘no more nonsense, no more accepting mistakes, mental mistakes.’ We were just going to play ball.”

Winning pitcher Kenny Galvin tossed 3 1⁄3 hitless innings. He entered with the bases loaded and two outs in the third and induced a groundout to end the threat.

“We’ve come so far along as a team,” Galvin said, “that when it came for the big moment, I was just so happy that I could help our team win a state championship.”