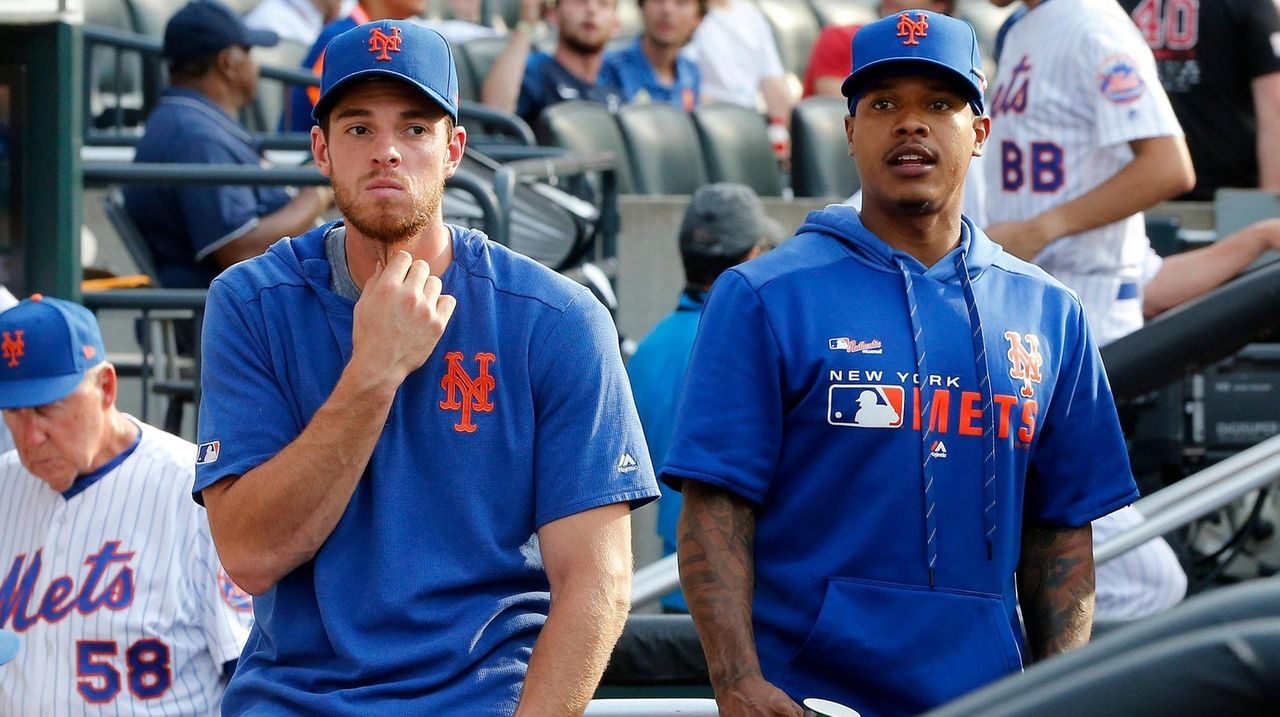 Frank Zitaglio and Steven Matz hadn’t seen each other in 11 years.

The last time Matz looked in on Zitaglio, he was the plate umpire who signaled a called third strike to end Ward Melville’s 1-0 win over Patchogue-Medford  and pitching ace Marcus Stroman on April 16, 2009.

The man behind the mask reconnected with Matz by Skype on Wednesday night to reminisce about what arguably is the greatest high school baseball game in Long Island history.

The Matz vs. Stroman duel was a showdown with many storylines, including the race for the Suffolk League I title, consideration for the Yastrzemski Award (given to Suffolk’s top player) and positioning for both players in the MLB amateur draft.

The game also drew the attention of more than 50 scouts representing every MLB organization.

“This was a pressure-packed game when you consider everything that was at stake,” said Zitaglio, who has umpired for 25 years. “It was the best game I’ve been associated with in my career. No one had ever seen anything quite like it. There were more scouts at that game than I’d ever seen while working in the Cape Cod Collegiate League. It was two fantastic prospects, just pounding the zone and putting on a show.”

Matz struck out 12 and allowed one hit in the victory, sending Ward Melville to its first League I title in 35 years. It also helped him earn the Yastrzemski Award.

Stroman, who had earned the Yastrzemski Award as a junior, struck out 14 and allowed three hits in the loss. The lone run, which was unearned, scored after a dropped third strike in the sixth inning.

“I remember the strikeout and the throw to first to complete the play,” said Zitaglio, a retired firefighter from Engine 83, Ladder 29 in the South Bronx. “And the kid from Ward Melville [pinch runner Steve Pesapane] busted it off third base and came sliding home for the only run.

“You knew the game would be won on a mistake because neither pitcher was giving an inch.”

The performance cemented both players’ selection in the June draft.

Matz was chosen in the second round by the Mets and began his professional career, giving up his scholarship to Coastal Carolina. He signed for $895,000.

Stroman, who now is Matz’s teammate with the Mets, was drafted by the Washington Nationals in the 18th round but instead went to Duke. He was selected by the Toronto Blue Jays with the 22nd overall pick in the 2012 draft and signed for $1.8 million.

“I just remember the hype around that game,” Matz said by Skype from his home in Nashville. “Me and Marcus grew up playing with and against each other since we were 8. We both wanted to beat each other really bad, but it was a friendly competition.”

“I could be in towns all over Long Island and people still want to talk about that game,” he said. “They all remember being at the game. The crowd was huge.”

“It was Marcus Stroman and all his personality and talent,” Ward Melville coach Lou Petrucci said. “And it was Steven Matz and all his talent and competitive fire. Two future major-league pitchers, face to face. We may never see that again. And there were more than 50 scouts in attendance behind the backstop, by the dugouts, everywhere. It was an event.”

Stroman, from his home in Tampa, Florida, said he’ll never forget the experience and how much attention it afforded two Long Island pitchers.

“It was one of the most legendary games I’ve ever participated in,” he said. “The amount of scouts and energy at the field is still embedded in my soul. I remember all radar guns being brought up to record every pitch. Major-league attention is rare where we come from, so I believe it was amazing exposure for all of Long Island.

“I grew up first competing against Steve as a child, playing with and against him as a teen, and now joining back together in the MLB for the New York Mets. It’s been a pretty surreal ride of a lifetime from that game until now . . . and I’m looking forward to making many more memories in the future.”

Matz and Stroman have never forgotten the importance of community. Both have been generous in giving back through their foundations, Matz with Tru32 and Stroman with HDMH Apparel.

'Matz started his Tru32 initiative in 2015 to help first responders in New York City. In response to the COVID-19 pandemic, Matz and his wife, Taylor, donated $32,000 through the Tru32 program. Stroman contributed funds for more than 3,000 meals.

"I’ve always admired blue collar first responders, police, military and that line of work,” Matz said. “We came up with the Tru32 program, with the Tru standing for the true heroes, the people keeping our communities safe. And we’re building scholarships for kids who’ve lost their parents in line of duty. And now we’ve extended it to hospital workers and people on the front lines sacrificing their time and even their health.”

Matz vs. Stroman 11 years laterMets pitcher Steven Matz and Frank Zitaglio, president of the East Coast Umpire Association, recall what ... Podcast: The early days of Stroman and Matz Newsday's Gregg Sarra is joined by the high school coaches of Mets pitchers Marcus Stroman and Steven Matz -- Anthony Frascogna of Patchogue-Medford and Lou Petrucci of Ward Melville -- to discuss the day they pitched against each other in high school.