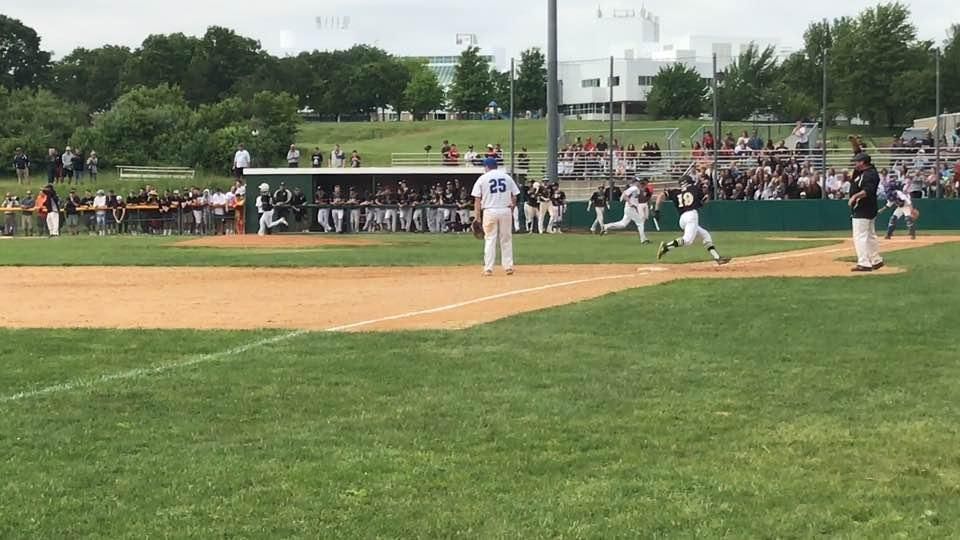 It’s a feeling that never gets old for the Wantagh baseball team.

There was a familiarity Monday afternoon for the Warriors at SUNY Old Westbury, as they were one win away from a third straight Nassau A title. It ended with a recurrent conclusion as Wantagh beat Division, 14-3, behind a nine-run seventh inning. The team celebrated by holding three fingers up in the air during postgame pictures.

“Honestly, it’s something to get used to now,” said senior Patrick Willix, who went 3-for-4 with two RBIs and an intentional walk. “This year, it just felt like another game. I was ready to go whenever they needed me and it’s an amazing feeling.”

For senior shortstop Anthony D’Onofrio, one of the multiple players on the team for all three titles, he and his classmates didn’t want the championship streak to end.

“It means a lot to us to keep the legacy going,” said the leadoff hitter, who went 1-for-3 with two walks, a stolen base and two runs. “We don’t want to be the ones not to win the county championship.”

Wantagh (24-2) plays the Suffolk A champion at St. Joseph’s College June 2 at 4 p.m. in the Long Island Class A championship/Southeast Regional final.

After Jayson Melgar’s RBI single highlighted a three-run fifth inning for Division (20-6), the deep Wantagh lineup unleashed its power. The Warriors scored once in the sixth inning, but then tacked on nine runs on eight hits as 13 batters came to the plate in the seventh.

“Every guy — in front of you and behind you — you know you can put all the trust in the world on them,” Willix said. “Because they’re not going to let you down.”

Said Wantagh coach Keith Sachs, “I tell you, I wouldn’t want to go through our lineup three, four times in a row. Eventually they’re going to get you.”

Every Wantagh starter, as well as pinch-hitter Nick O’Connor, had either an RBI or scored a run in the win. Anthony Vano and Anthony Fontana went 2-for-4 and Ryan Murphy went 3-for-3 with a walk.

“There’s nobody in our lineup that’s bad,” Murphy said. “All around, we’re just great hitters. If you have to bunt, put a ball in play, everybody does their job.”

Matt Reich recorded the win and Mason McLane had the save after throwing 2 1⁄3 innings of shutout relief.

Sachs said he tried to reiterate to the players that they were their own team, but he acknowledged the pressure coming with Wantagh looking to win three straight county titles for the first time in program history. He called it “unprecedented.”