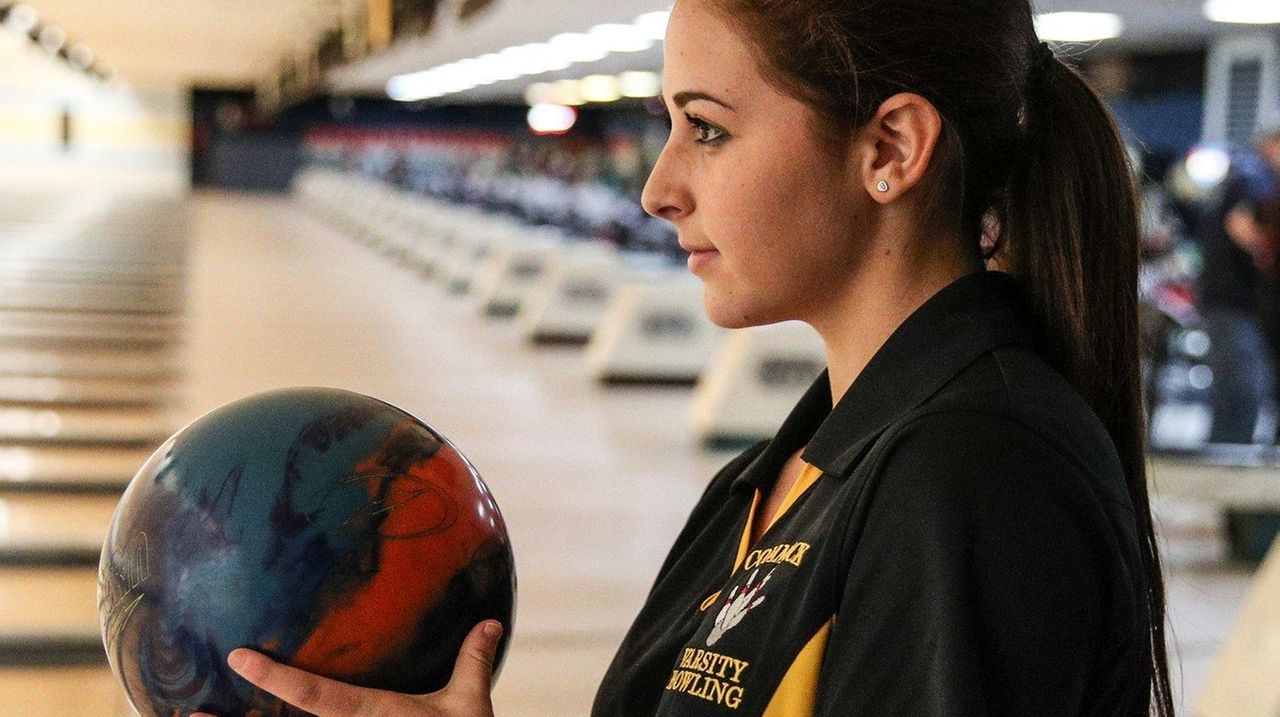 While bowling alongside the best in Suffolk County, Commack’s Jenna Lehrer earned more than the title of top bowler.

Entering the day ranked 10th in average with a 209.56, Lehrer finished on top out of 29 in the “A” division by rolling a 233 and 265 in a two-game 498 series Wednesday in the Suffolk girls Singles/Doubles Tournament at East Islip Lanes.

“I definitely learned how to adjust to the lane conditions and how I can move around, and how other girls are bowling and see how I can up that,” the sophomore said. “This was a great opportunity for me. I am so overwhelmed and happy.”

“It’s awesome,” Commack coach Harold Cooley III said. “When you’re up against the best in the county, to have one of your girls finish even in just the top five is a great accomplishment. To see her consistently bowl throughout the course of the four games and then obviously with her last two, I couldn’t be more happy for her. She deserves it.”

Julia Bocamazo and Julianna Spina of East Islip were named “A” doubles champions with a 950 combined score in two games. Bocamazo ranks third in Suffolk with a 221.2 average, and Spina is seventh with a 215.24.

Natalie Mavrich, an East Islip freshman, began the doubles portion of the afternoon with a 290. Mavrich and her partner Amanda Kreush placed fourth with a 918. Individually, Mavrich was second in singles (477).

Two Middle Country pairs placed within the top five, including runner-up Julie Acosta and Hannah Skalacki (936), along with Amanda Scarfogliero and Autumn Novotny (921).

“I learned that if you have a one off game or a one-off frame you can always bounce back and get right back to it because there’s always time to come back,” Lehrer said.