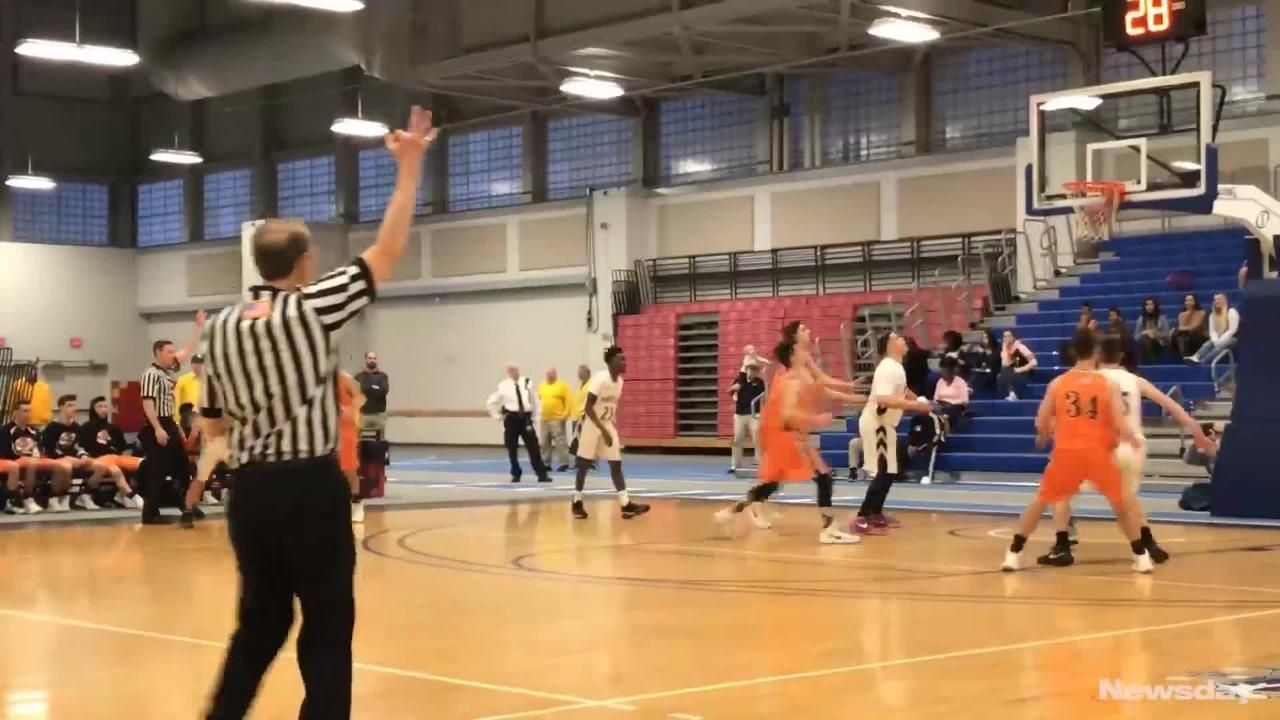 Even while sporting a 20-point lead, there wasn’t a loose ball the Greenport boys basketball team wasn’t diving for.

“We just had to make sure that we came out on defense,” sophomore Ahkee Anderson said. “We know that’s one of our focal points . . . fall on loose balls, work together, and we know it will lead to offense.”

On Tuesday, it led to a championship.

Greenport (21-3) advances to the Southeast Regional final Saturday against Hamilton at Pace University. The winner advances to the state semifinals at Maines Veterans Memorial Arena March 16.

“We just didn’t want to fall short,” Anderson said after Greenport won its first Long Island crown since 2009. “We’ve been putting a lot of work into it. We knew that it would pay off if we stuck to the coach’s plan. Everything would work out and tonight, it worked out.”

Anderson is largely to thank for the plan’s success, as Greenport coach Ev Corwin said he told his sophomore guard to be aggressive early. He did just that — scoring 10 points and hitting three three-pointers in the first quarter — and Anderson had 17 points at halftime.

“I always say he plays bigger in the big games and that’s the kind of trait you want in your best player,” Corwin said. “But this is a team through and through, Ahkee appreciates that and everybody does.”

Greenport went on two separate 13-0 first-half runs — including scoring 13 points in a two-minute span after East Rockaway converted the first basket of the game — and entered halftime with a 37-13 lead.

“In these types of moments, March, it’s win or go home,” Anderson said. “And we knew [East Rockaway] would come out hungry so we had to make sure we matched their intensity and we were able to jump out to a good start in the first.”

Sky Mosley had 22 points and Chris Levins added 14 points for East Rockaway, which finished its season at 7-13.

With a trip to Binghamton and the state semifinals on the line Saturday, the Porters are one game closer to their ultimate goal.

“This was step one,” Anderson said. “We’re trying to really get to the state championship. We’ve all been working toward it and it’s something that we have in the back of our heads every time we play.”