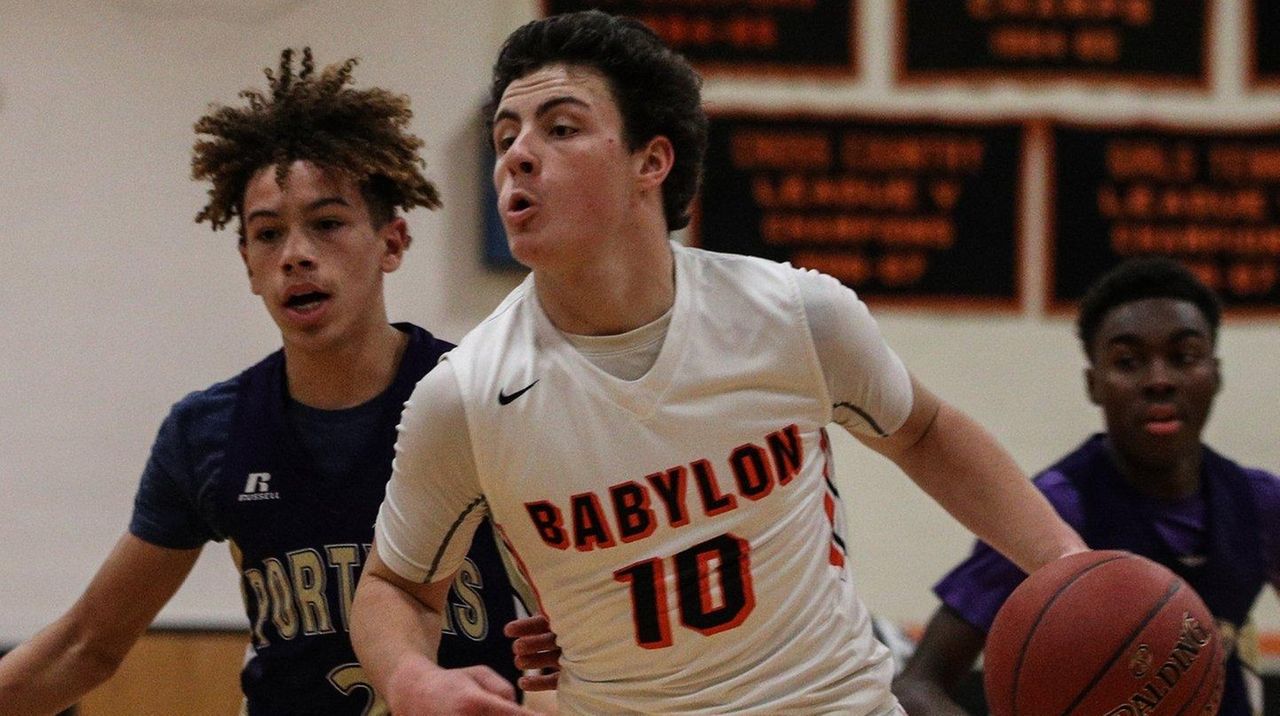 It took less than seven minutes for Joe Rende to bring the home crowd to its feet.

Following a late first-quarter baseline floater, the Babylon forward proceeded to furiously swat a shot attempt in the paint and concluded the frenetic sequence with a hard-fought rebound. After ripping the ball down and drawing a foul, Rende roared in celebration, as the crowd rose and followed suit in appreciation of his relentless effort.

Although it was a fairly early dose of energy delivered by Rende, he understood the moment’s significance for Babylon in a 65-50 non-league boys basketball victory over Greenport on Friday night.

“It was nice to get a little spark early in the game,” said Rende, who finished with 15 points. “It’s hard for them to come back, especially against a team like us. You just try to jump on them early and I tried to help out any way I could.”

“We let him lead us and just rode his back,” Babylon coach Chris Morra said.

“This was a good win for us,” Morra said. “We knew Greenport was a really good team coming in.”

Greenport’s Jordan Fonseca converted a free throw with 2:05 remaining to cut the Babylon lead to 58-50, but the Panthers responded with two free throws, including one by Rende following his offensive rebound with 1:12 to go.

Free throws were key for the Babylon, which made 21 in comparison to 10 for Greenport (3-1). Forstner, however, wasn’t satisfied.

“He has a lot of potential,” LaRock said. “I think he’ll play at the next level.”

Peter Szuchy’s floater with 55 seconds left in the second period put Babylon ahead 30-19 and the Panthers took a 30-20 advantage into halftime.

Babylon never trailed, asserting itself in the early moments behind Rende, who nailed a three-pointer from the left corner with 5:09 remaining in the first to put Babylon ahead 11-3.

Minutes later, he gave the crowd plenty of reasons to rise.

“If one or two guys can play with great energy and effort, it becomes contagious,” Rende said.”