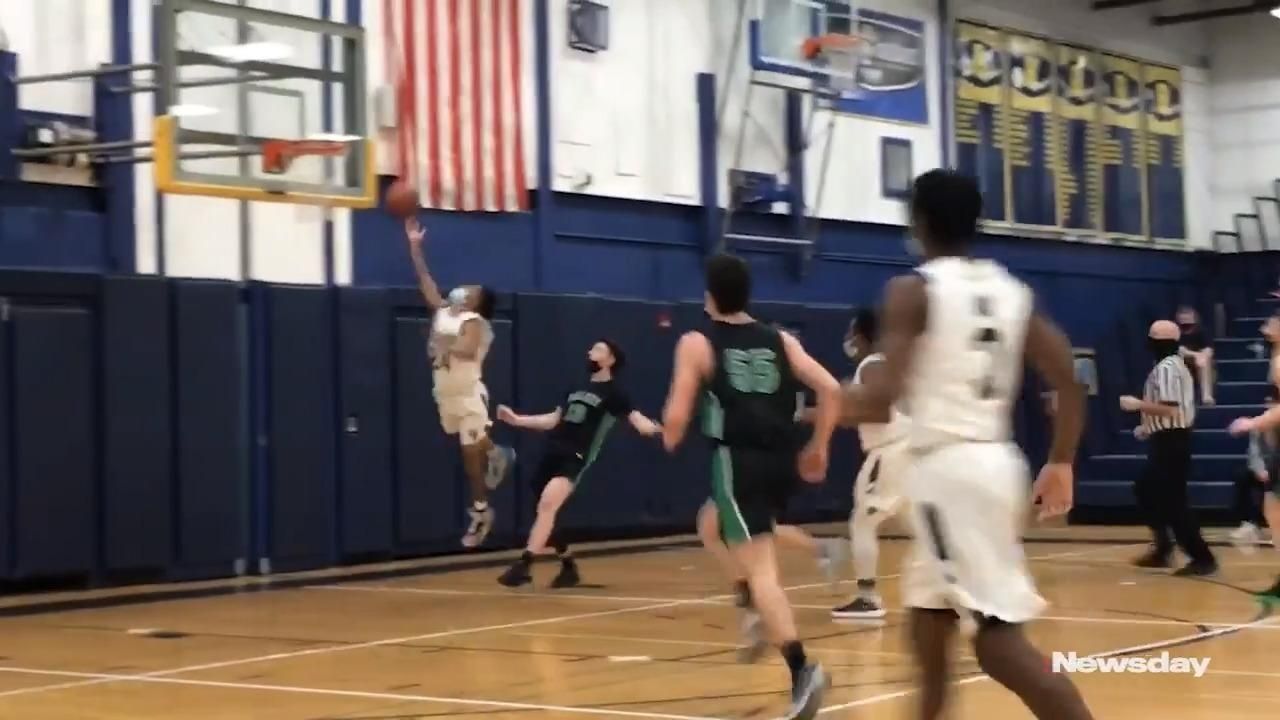 The players on the Baldwin boys basketball team understood this season would look different. But the Bruins didn’t expect a season-opening loss to be one of the reasons why.

The defending Nassau Class AA champions lost their season opener Thursday, but the Bruins made sure not to let that linger.

"Coming out here, it was personal for us," said senior guard Joshua Minton, who had 10 points and five rebounds. "We wanted to be 2-0 now, but we’re going to keep working, progressing and getting better."

Baldwin (1-1) fell to Plainview-Old Bethpage JFK, 68-58, in its opening contest after graduating its top-five leading scorers from last year. This season’s team is adjusting to share the court together after the COVID-19 pandemic limited their opportunities to train together.

"The first game we were slow, we had to [build] our chemistry," Minton said. "But we’re getting better every day at practice, so it’s getting better. And as we progress, we’ll get more wins."

The talent and depth are apparent for the Bruins. Milan Johnson added nine points and five assists, Gerrad Beaubrun had eight points and four rebounds and John Harrison and Jasigha Barnes each had six points and three assists.

"We have a lot of guys who can score, we can look out for each other," Minton said. "We know anytime we make a good pass, there’s going to be a good shot and we have all confidence in each other."

Defense was the key for Baldwin. The Bruins held Farmingdale to seven points or fewer in each of the opening three quarters.

"We take defense very personally," Johnson said. "Don’t let your man score, slide your feet, don’t reach and play help defense. You always have to help — can’t be selfish and play one-on-one. The ball scores, not the person."

Ryan Woodland and Justin Winkler had 12 and 11 points, respectively, for Farmingdale (0-2).

As the schedule is currently constructed, Baldwin won’t have a chance to defend its county title. But rather than worrying about that, the Bruins remain focused on what they can control. They want to win another conference title and stay ready if there were some type of postseason. And coach Darius Burton was pleased with Baldwin’s effort Saturday after the season-opening loss.

"We wanted to bounce back from Thursday," Burton said. "We just wanted to correct our mistakes right away from the beginning. I thought we played with a lot more energy and enthusiasm."

Photos: Farmingdale vs. Baldwin boys hoopsScenes from a Nassau boys basketball game between Farmingdale and Baldwin on Saturday.