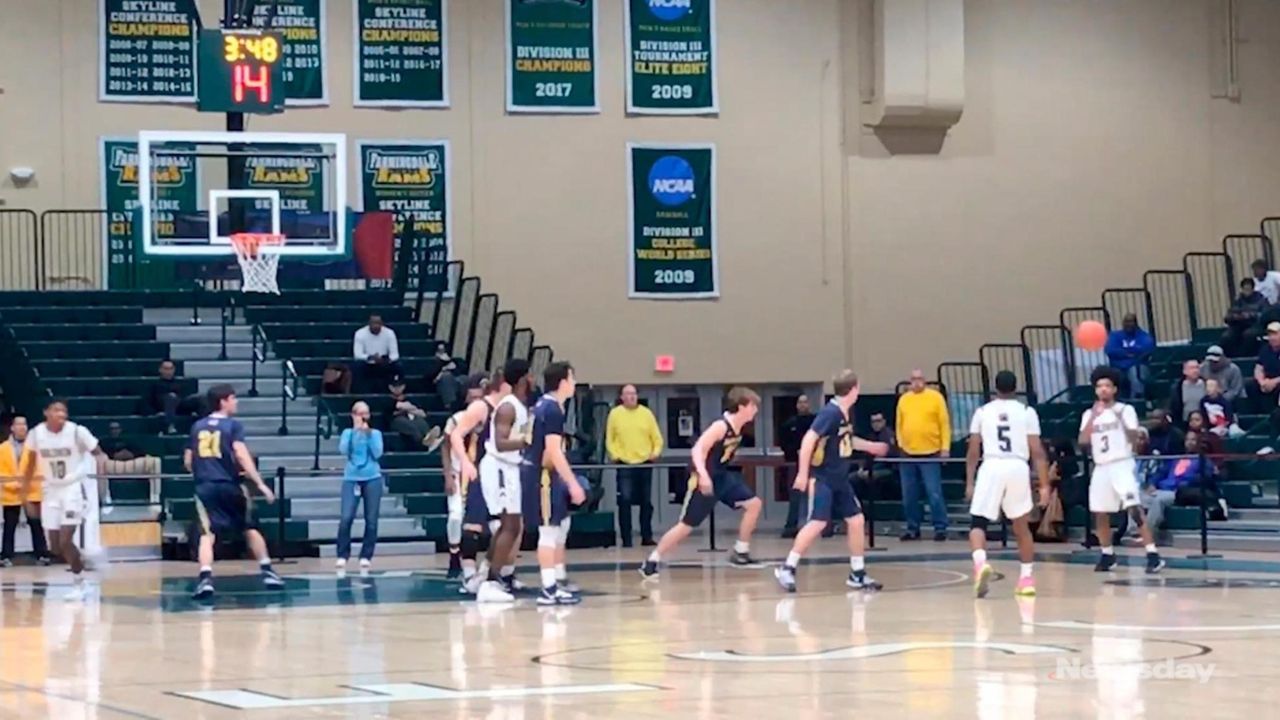 Trailing by one entering the fourth quarter, Baldwin wanted one thing to drastically change: its execution on defense.

Once the Bruins locked in on that end of the court, there was no letting up.

Second-seeded Baldwin allowed seven points in the final quarter — only one in the first 7:27 of the period — in a 59-49 win over sixth-seeded Massapequa in a Nassau Class AA boys basketball semifinal at Farmingdale State on Sunday night.

“We just picked up the defensive intensity,” said senior guard Lance Henry, who scored 15 points. “Coach [Darius Burton] is always on us in the huddle telling us to play hard. We just picked it up and got the win.”

After appearing in its 14th straight Nassau Class AA semifinal (according to Burton), Baldwin now sets its sights on winning its third county title in the last six seasons.

Burton’s message to the Bruins entering the final eight minutes centered specifically on stepping up defensively.

“I said, ‘This is it,’ ” he said. “We have to have that ‘refuse to lose’ mentality. We’ve got to get stops and we have to find a way to score the ball. But this group has been resilient all year and always finds a way to win . . . Our defense is our best offense.”

Trevan Blackett scored six of his 12 points as Baldwin opened the fourth quarter on a 15-1 run. Isiah Walker, who had nine points, hit a free throw with 43 seconds left to cap the spurt and put Baldwin ahead 56-43.

“I’m just excited and ready for the championship,” Blackett said. “Me and my team and my coach, we got this.”

Baldwin trailed 16-11 after a quarter but responded with a 13-2 run, highlighted by a pair of three-pointers by Joshua Minton and a trey by Henry.

Paul Buonaguro’s layup with eight seconds left in the second quarter moved Massapequa (13-8) within 33-29 at halftime.

As the Bruins look ahead to their matchup with Uniondale, Henry expressed plenty of confidence in Baldwin’s chances.