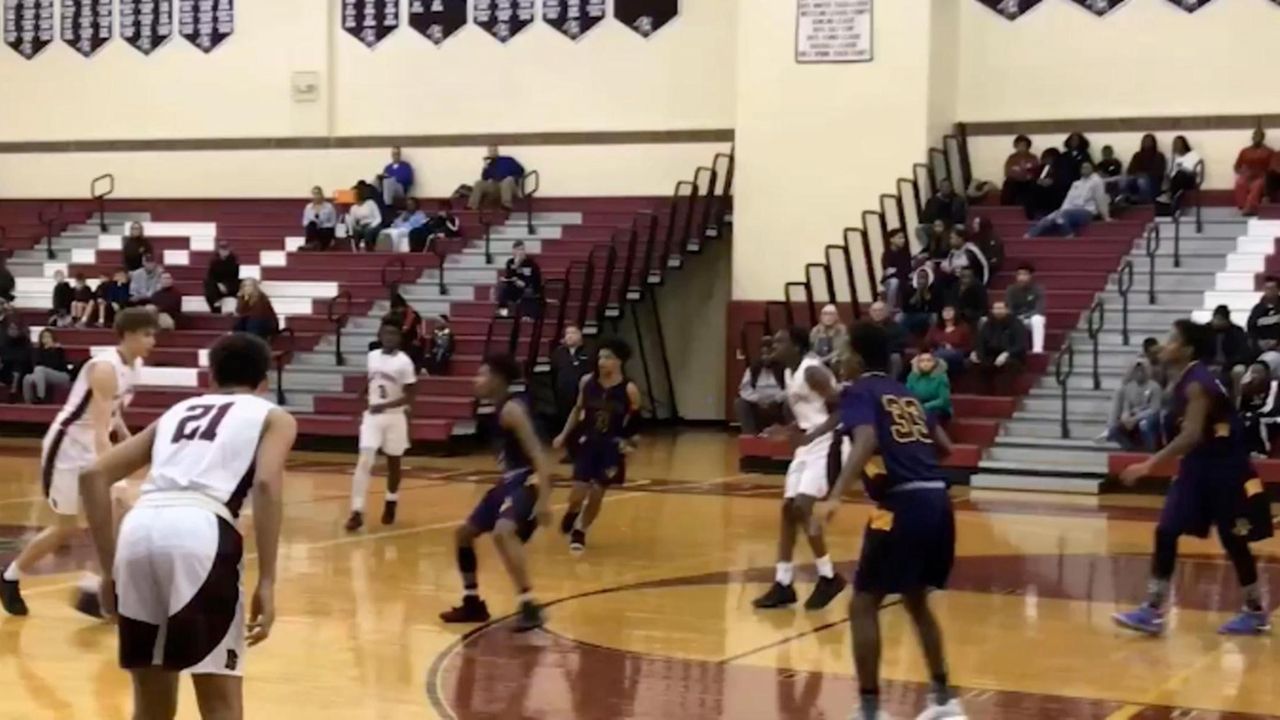 The message from the Bay Shore sideline never changes.

“All we do is play defense. That makes our offense,” sophomore Malachi Coleman said. “Coach runs defense all day at practice, and when we run our defense, scoring comes easy for us.”

After the host Marauders entered the locker room Tuesday with a four-point halftime lead over Central Islip, coach CJ Leary reinforced what he’s preached throughout practice and each season -- defense.

“If you’re not working on defense,” senior Isaiah Baker said, “then you’re not playing.”

Bay Shore (3-0) kept the pressure on in the second half, trapping dribblers, jumping passes and forcing turnovers en route to its 67-62 non-league victory. The Marauders opened a 52-35 lead late in the third quarter before the Musketeers made a closing run.

Baker and Coleman led Bay Shore with 21 and 20 points, respectively. The two produced 17 of the Marauders’ 22 third-quarter points, seemingly alternating baskets on each Bay Shore possession.

“It’s a back-and-forth,” said Baker, who added 15 rebounds and four blocks. “He’ll steal, then I’ll steal one. He’ll make a basket and I’ll make a basket. We work together and I talk to him a lot. He’s like my little brother.”

Coleman, who had nine points in the first quarter, has taken over as one of Bay Shore’s go-to scorers, despite being only a sophomore.

“I’ve been telling everyone he’s going to be a pretty good player the next three years, he’s unbelievably athletic,” Leary said. “He’s a worker and he does everything we ask. Even though he’s a 10th-grader, we expect a lot more of that.”

Central Islip (0-2) didn’t fade away at the end of the game, led by Ty-Shon Pannell’s 26 points, including 11 in the fourth quarter.

“Ty-Shon is a really good three-point shooter, so when he started making them, they started to come back,” Coleman said. “But we didn’t give up on ourselves. We kept playing defense and we got the win.”

Bay Shore continued its aggressive defense and converted free throws in the closing seconds to hold off Central Islip.

“When it really mattered, we valued the ball and we made free throws,” Leary said. “And those are possessions and shots we didn’t make last year, so we’re growing and getting better every day.”