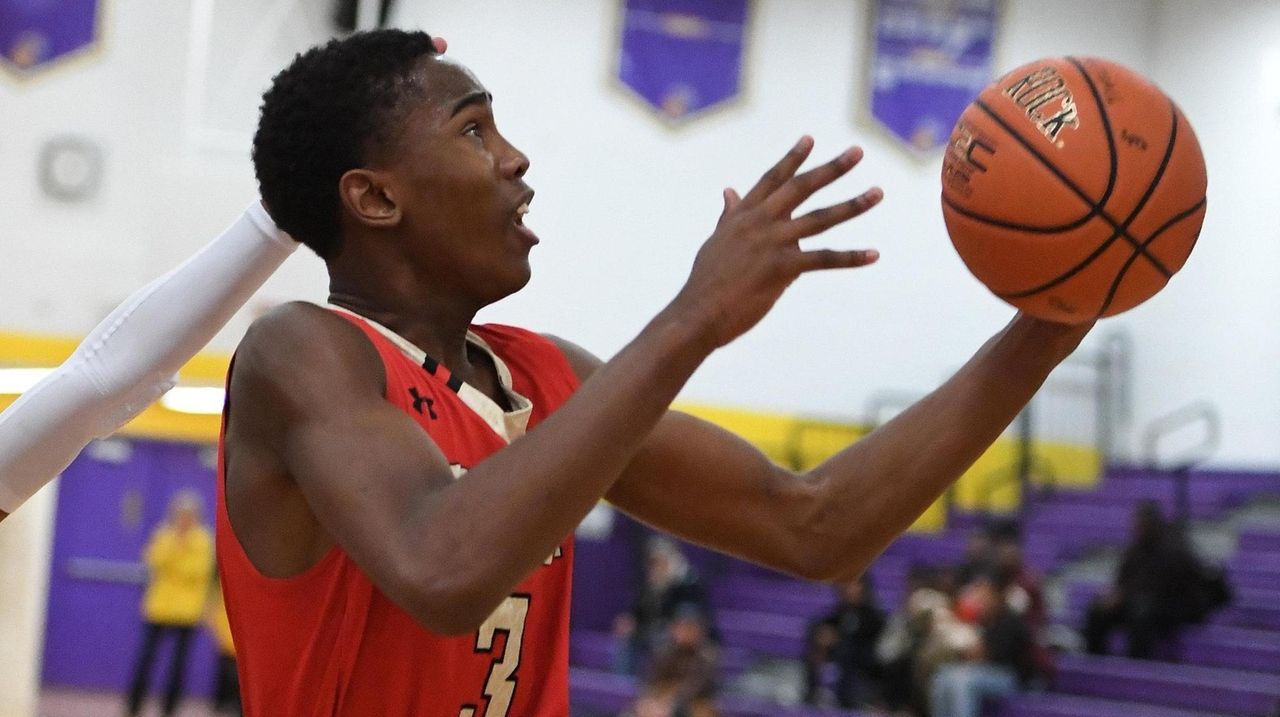 As Sachem East’s lead began to dwindle because of Central Islip's mounting pressure, Chris Boothe tried to will his teammates to victory in the closing minutes.

“I’m a very emotional person,” the Sachem East junior guard said. “I love to bring the energy, I like to be that guy who wants to take it all. I want a bucket, I want a rebound, I want an assist, I want to help my teammates grow with me.”

Boothe did just that, leading Sachem East with 23 points, including eight points in the fourth quarter, as the Flaming Arrows held off host Central Islip, 64-59, in Suffolk I boys basketball Thursday.

“They definitely worked harder than us in that third quarter, but we came back even stronger in that fourth,” said senior forward Liam Sheehy, who had eight points and 20 rebounds in the win. “And Chris really came up clutch for us toward the end.”

Sachem East (1-1) opened the game with strong ball movement and unselfish play, taking a 34-22 lead at halftime. But Central Islip (0-1) fought back with a 21-point third-quarter, applying defensive pressure and relying on the scoring of Ty-Shon Pannell, who finished with a game-high 37 points, cutting the Flaming Arrows’ lead to one.

“It talks about the fortitude of these kids,”  Sachem East coach John Finta said. “This was an opportunity to kind of fold the tents, and we didn’t. I think we showed what we’re made of and hopefully that’s going to carry on.”

“I didn’t think I was going to get it, but he just put that up there, and I got it,” Sheehy said. “The bench got up, I heard the crowd go crazy and there was definitely a momentum shifter right there.”

With Boothe providing the spark both on and off the court, Sachem East looks to return to playoffs and compete in Suffolk I.

“He has no fear and as he’s gotten older, we trust him with the ball so much more,” Finta said. “We want him to have the ball in those spots and he’ll take on anybody and be successful against anybody. He can play with anybody in the county.”