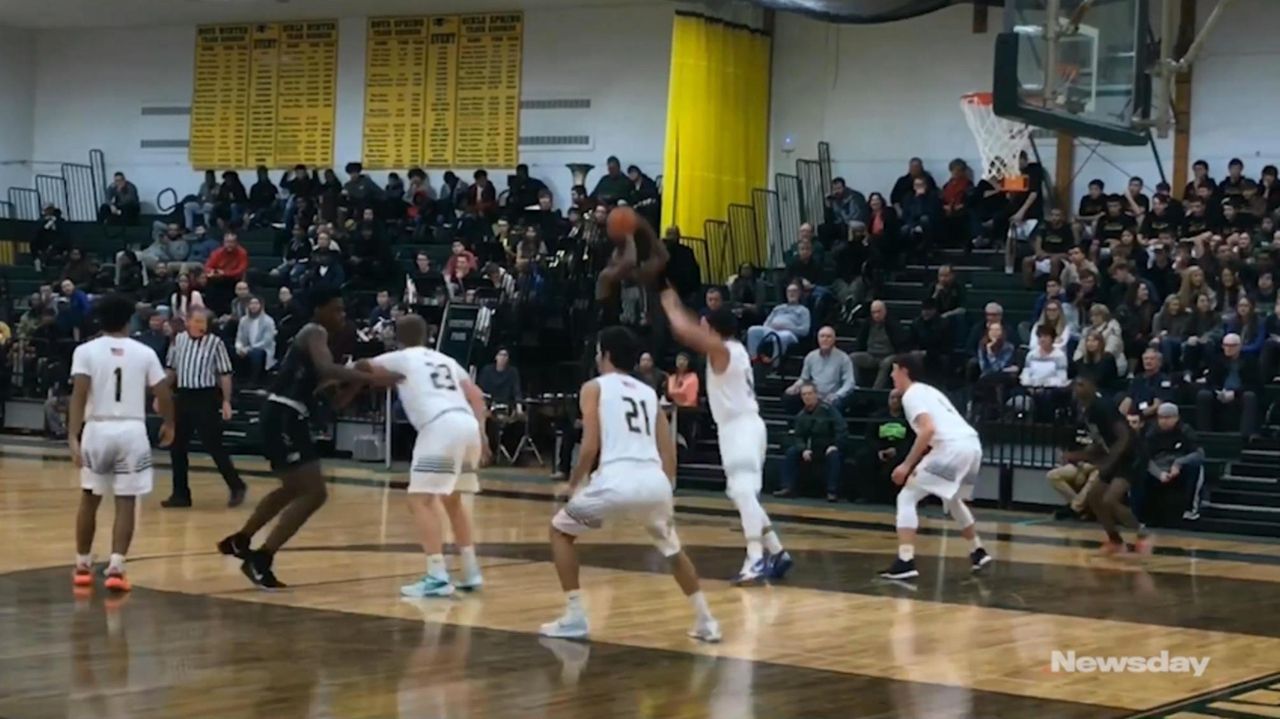 You don’t want to get in Jordan Riley’s way when he’s angry.

The Brentwood sophomore guard spent much of the first half going on and off the court while battling foul trouble, which limited both his aggressiveness and minutes. But once the second half began and Ward Melville narrowed the score, Riley’s skills took over.

He scored 24 of his 28 points in the second half to lead Brentwood to a 65-55 win over host Ward Melville in each team’s Suffolk I boys basketball opener on Friday.

“I was getting frustrated in the first half,” Riley said. “And my coach told me to calm down, play through the game and create. And that’s basically what I did.”

“He can do things that I can’t teach him,” coach Anthony Jimenez said. “Can I teach him to hang in the air and do something miraculous? No. The kid can play above the rim, he can attack the rim, he can knock jump shots down in the lane falling backward off offensive rebounds, which not many people can do, and he’s a spectacular player.”

In a matchup of last season’s co-Suffolk I champions, Brentwood opened a seven-point lead in a first half filled with fouls and turnovers. The Patriots tied the score at 40 with about six minutes left, led by Robert Soto (20 points) and Ray Grabowski (18 points).

But the Indians’ aggressive defense continued to apply pressure, led by Amari Isaacs’ on-ball tenacity, and Brentwood’s 12-0 run in a span of 1:10 opened a 52-40 lead with 4:30 left.

“When you play at a high level, it’s contagious,” said Harris, who had 21 points and nine rebounds. “The team plays better, and all we really aim for is that effort level. And then everything else will fall into place.”

Riley also had nine rebounds. Alan Houston contributed six points and 14 rebounds — 10 in the first half — and Romello Wright helped orchestrate the offense with six assists.

“That could have gone either way,” said Jimenez, who credited Ward Melville’s toughness. “We were very fortunate some of their shots didn’t go in and some of ours did.”

But as the chemistry and playmaking ability of Harris and Riley shined late in the contest, Harris was quick to pass the praise to Riley.