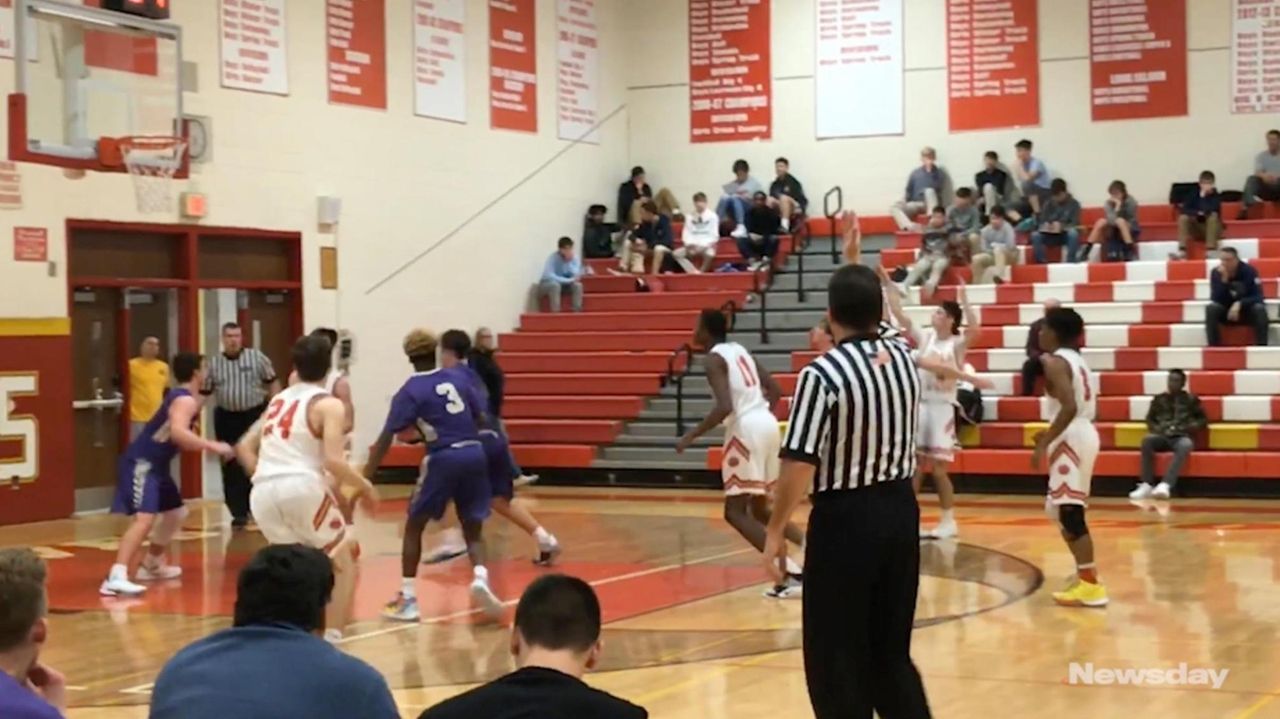 The Half Hollow Hills West boys basketball team constantly preaches energy. Even if a team is having a poor shooting day, or is still trying to find chemistry on the court, energy is one thing that can be always present. The Colts proved that as they opened the second half Tuesday.

After a back-and-forth first half, host Hills West scored the first nine points of the second half for a 13-point lead en route to its 56-49 victory over Islip in Suffolk League V boys basketball Tuesday afternoon.

“Energy is our big thing, so we just talked about that in the locker room,” junior point guard Colby Jordan said. “We knew we could beat these guys and they are a good team, but we just wanted to come out here and make them uncomfortable.”

But every time it seemed the Colts would pull away with a big lead, Islip was there to respond. Even as Hills West opened a 56-39 lead with less than two minutes remaining, the Buccaneers wouldn’t back down and scored 10 of the game’s final 11 points.

Luke Arey finished with 19 points and Patrick Mai had 11 points for Islip (0-2).

“I have to give credit to Islip,” coach Steve Atkinson said. “I think they played a really nice game. They are a very aggressive team and I give a lot of credit to them and what they did today.”

“As a point guard, the main thing is to get guys involved, tell them where to go, run the plays and that’s just my role,” he said. “I try to do that and try to score and get the guys going.”

Atkinson credited Jordan, a three-year player, for his ability to make plays for himself and his teammates as the Colts build their chemistry early in the season.

“He’s a threat offensive and defensively,” Atkinson said. “He’s somebody you have to really gameplan for both on offense and defense and he gives us that energy.”

No player led the Colts in scoring in consecutive quarters Tuesday, which shows the balance of the team’s scoring effort.

“You want to be balanced and the more balanced you are, the better team you can be,” he said. “And that’s what I think every basketball coach wants to be — balanced.”