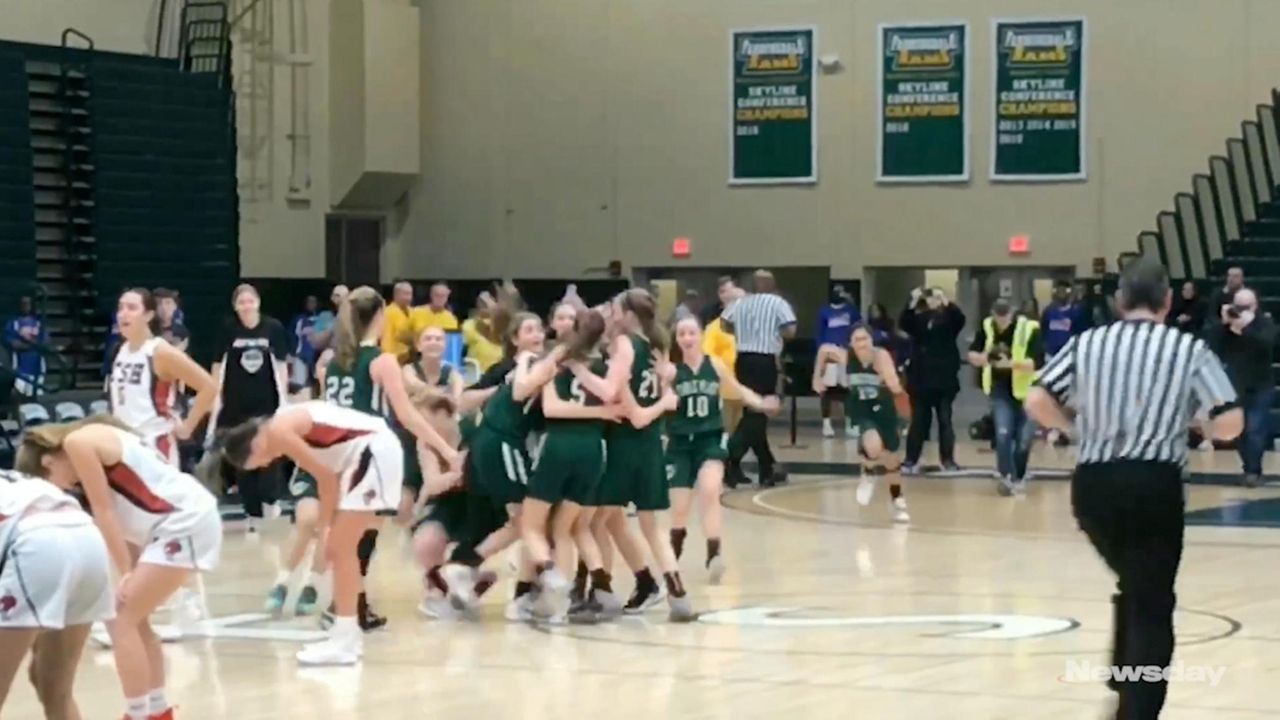 Mrs. Leary, the day has come.

Ever since the Carle Place girls basketball sister tandem of Erin and Amanda Leary can remember, their mother has been telling the siblings that one day, the two would be dominating a championship court together. And after the Frogs suffered injuries to key players, the underclassmen needed to take on a larger role at an early age.

Amanda, a freshman, scored 13 points and her sister, Erin, a sophomore, added 11 points to lead No. 2 Carle Place to a 35-25 victory over No. 1 Cold Spring Harbor in the girls basketball Nassau B championship Saturday evening at Farmingdale State College.

“My mom has talked about this day for the longest time,” Erin said. “She always brought it up. If she saw siblings in the paper who played together, she would show us it and she said this is going to be you guys one day.”

Carle Place (15-4) advances to play Mattituck (17-5) in the Long Island Class B championship in a state subregional matchup March 6 at Farmingdale State College at 5 p.m.

With two of the Frogs’ top players in Leah Burden and Abby Selhorn out with injuries, different players needed to take a more prominent role throughout the season. The Learys weren’t afraid to do just that.

“I just told myself that I’m good and I can do it and I’m capable of it,” Amanda said. “So I just went out there and played my hardest.”

Carle Place scored 18 of its 35 points in the fourth period, led by nine points from Emily and five from Amanda, to deliver the Frogs their fifth straight Nassau B title.

“I love playing with my sisters,” said Erin, who also has her younger sister, Caitlin, on the team as a seventh grader. “It’s probably my favorite thing ever because not a lot of people get to have this opportunity and I’m just so grateful to have played with them and win another county championship with them.”

“We showed what kind of defense we play out there today,” said coach Tim O’Hagan. “We held a very good team to 25 points. I can’t tell you how proud I am of them today.”

And Amanda said the moment is even more memorable for her being able to share it with family.

“My mom always said when we were little she couldn’t wait for this day,” Amanda said. “And now it’s here.”