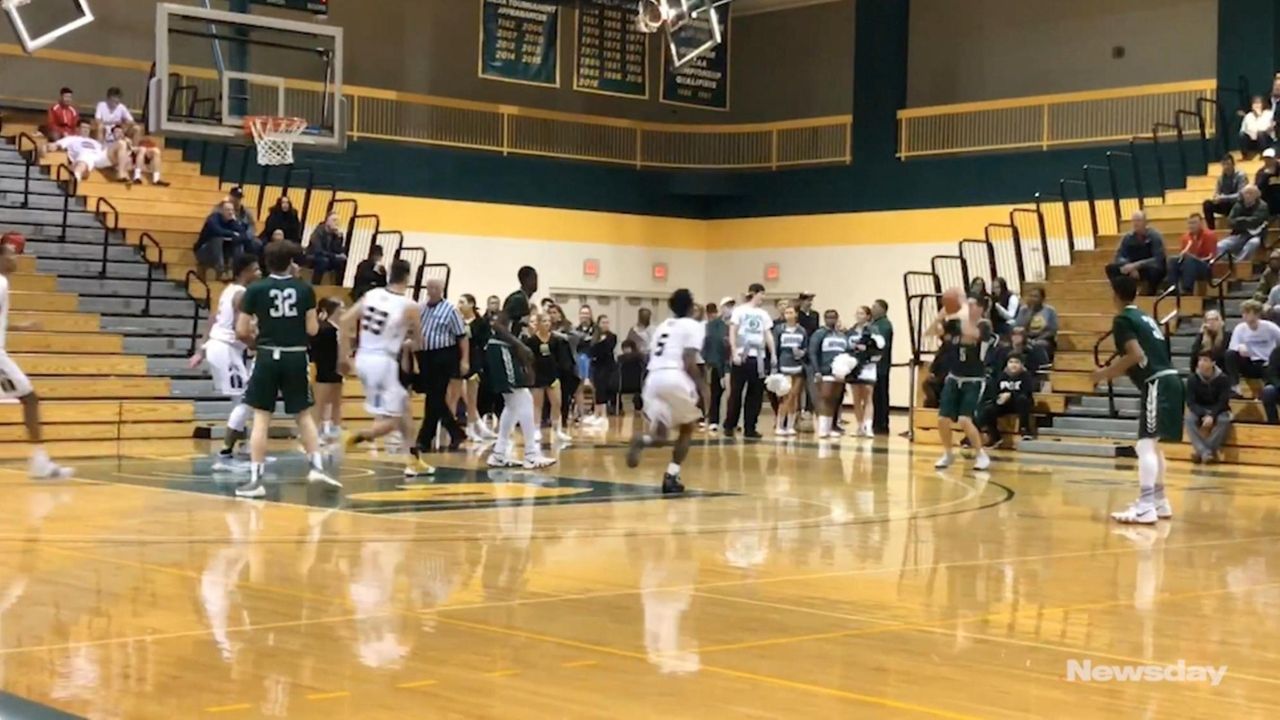 Holy Trinity and Chaminade each won in their CHSAA boys basketball semifinals at LIU Post on Sunday, Feb. 24, 2019, earning a spot in the upcoming CHSAA championship. Credit: Newsday / Owen O’Brien

After St. Anthony’s tied the score at 39 with 2:40 remaining in the third quarter, the Holy Trinity guard stepped into back-to-back three-pointers to give the Titans a six-point lead. He yelled at the bench after knocking down his second three in a span of 30 seconds.

“I have a lot of heart,” Kiggins said. “It’s my last year. I’ve never played in a championship game, so I wanted to win one for my senior year.”

Kiggins scored 11 of his game-high 21 points in the second half to lead No. 3 Holy Trinity to a 58-41 victory over No. 2 St. Anthony’s in a CHSAA semifinal Sunday night at LIU Post.

“That’s what he does, he’s that kind of kid,” coach Joe Conefry said. “He’s not afraid to take those shots. He knows he’s put the work in, he’s such a tough kid. … Definitely when you need him, he’s going to be there the most.”

Holy Trinity (16-5) will play No. 1 Chaminade for the CHSAA championship at 7 p.m. Tuesday at Hofstra. Chaminade defeated No. 5 Kellenberg in Sunday’s first semifinal.

“We’ve been looking forward to this the whole year,” said Sixsmith, who had 18 points. “We just wanted to keep the defensive intensity, the shots would come.”

Chaminade returns to final. The Flyers left little doubt in the first half that they’ve been waiting all season for the shot to return to the championship game. After falling to St. Anthony’s in last year’s final, Chaminade outscored Kellenberg, 34-13, in the first half en route to its 63-46 win.

“Since the beginning of the year, we’ve been working so hard for this moment,” said Michael O’Connell, who led Chaminade with 23 points and had nine rebounds. “We want to get back to the championship and show what we can do.”

“My teammates were setting me up all game,” Baron said. “[O’Connell] had a big first quarter, so they were focused on him and he was able to find me. I just found open shots, and I had to do my job and make them.”