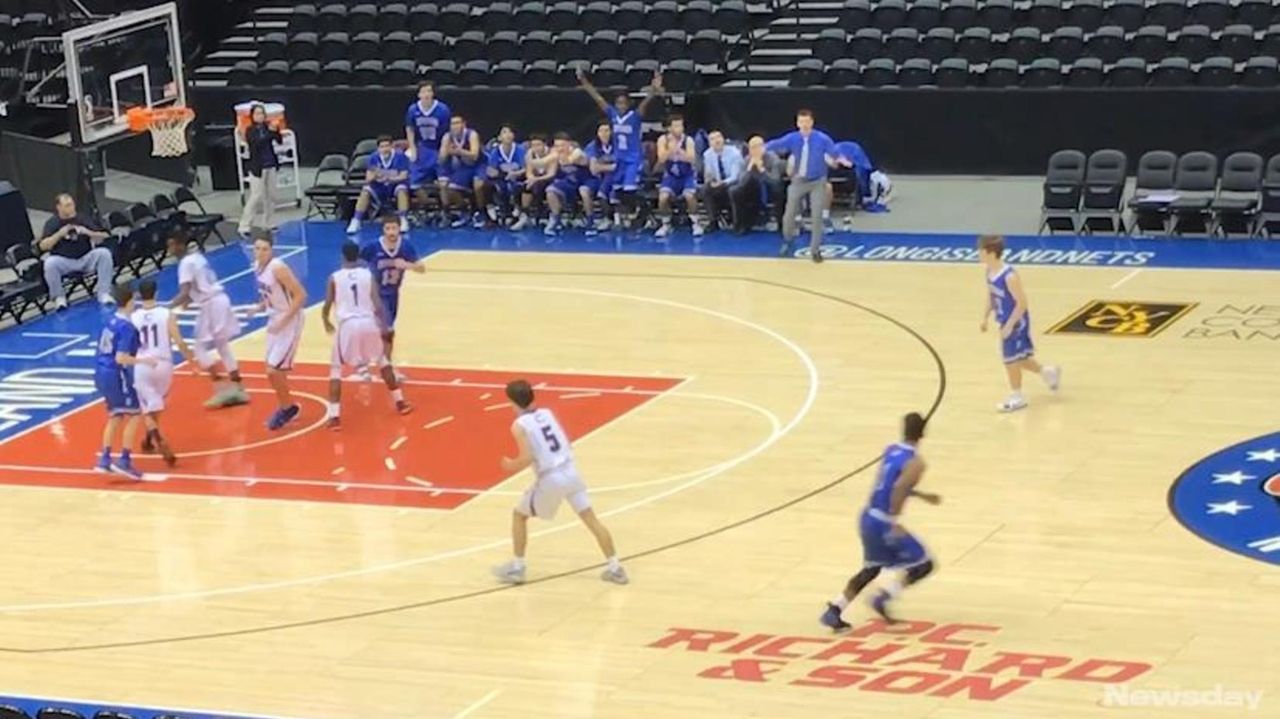 If the bright lights of playing at the Nassau Coliseum intimidated any of Clarke’s players, it wasn’t apparent by game’s start.

The Rams dominated the opening quarter, scoring 17 of the game’s first 18 points, in their 49-40 victory over Division in a non-league boys basketball matchup at the Nassau Coliseum Saturday afternoon.

Clarke discussed the importance of getting off to a fast start after starting slow in previous contests — and simply calling Saturday’s start “fast” would be an understatement.

“It was imperative,” said Chris Volo, a 6-11 senior who finished with 12 points and 10 rebounds. “Because it started us off with a 17-1 run and it gave us that momentum to go in the game.”

Brian Sullivan scored eight of his game-high 19 points in the first quarter for Clarke (2-5) as he was excited about playing in large arena, adding he enjoys the pressure that comes with it.

“Playing at an NBA level arena is an honor,” said Sullivan, who added nine rebounds and three steals. “I had some great teammates helping me out there. It was a great experience.”

Division (2-5), led by Elliot Galarza’s 14 points and Robby Boniello’s 11 points, didn’t quit after its slow start, scoring the first nine points of the second quarter and pulling the score to within six points with 4:35 remaining in the game.

Clarke coach Joe Hasbrouck was proud of how his players weren’t intimidated by the Nassau Coliseum or Division’s late runs. Both Clarke and Division had to sell tickets and raise money to be able to play at the site, Hasbrouck said.

“For a pretty big arena that none of these kids have played in, I thought they did a great job of just compartmentalizing the game and not letting this become too big for them,” Hasbrouck said. “They just went out and played like it was any other game.”

Sullivan and Volo were in sync from the opening tip, and Volo said he often talks with Sullivan, a sophomore, on the side at practice as the two continue to build their chemistry.

“It’s kind of like a gravity effect,” Volo said. “When he has the ball, he can score from wherever on the floor. And when they give it to me and they double me, I can give it to him and he gets easy open looks.”

And to show that chemistry off at the Nassau Coliseum made the experience even better for the duo.

“It was just a good experience to be playing in a stadium,” Volo said. “It’s not every day you get to do that.”