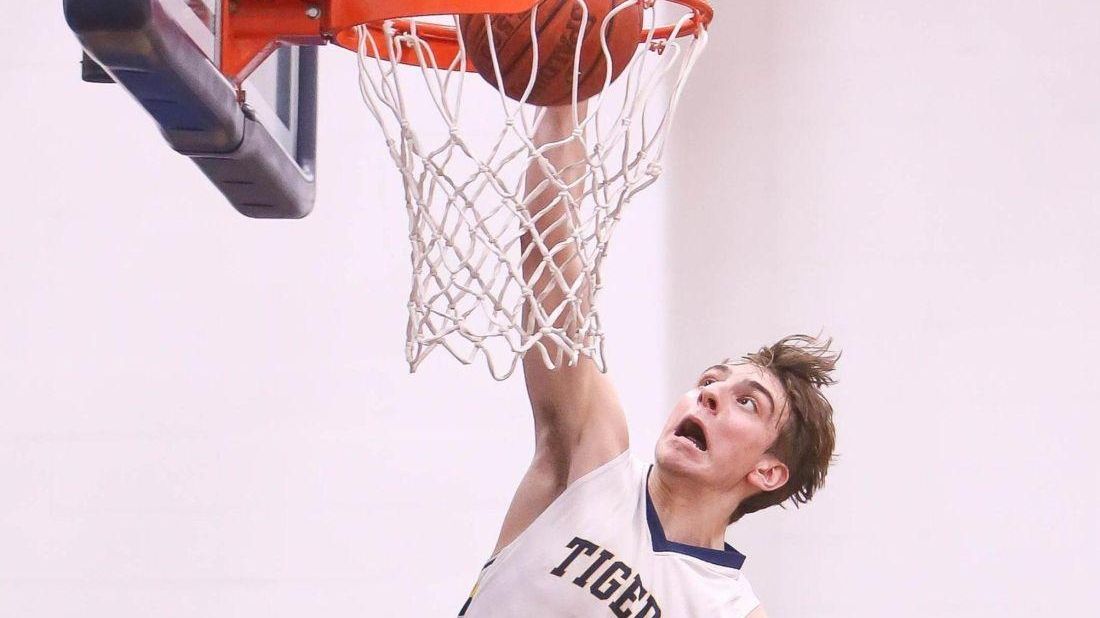 Pat Healy for the win.

The Northport junior banked in a contested layup with 52 seconds left to give host No. 2 Northport a two-point lead in its 65-59 win over No. 7 Bay Shore in a Suffolk Class AA quarterfinal on Thursday night.

Healy  scored eight of his 28 points in the fourth quarter, including a long two-pointer from the right wing to tie it at 57 in the final minute. He then went 4-for-4 from the foul line and fellow senior Sean Walsh went 2-for-2 to seal the win.

Northport (21-1) advances to the semifinals against No. 3 Commack on Tuesday at Longwood. It’s the Tigers’ 12th trip to the county semis since 1990 and their fifth in the last eight years under coach Andrew D’Eloia.

“We had senior leadership, we kept our composure, stayed focused on defense and executed down the stretch,” D’Eloia said. “That’s what playoff basketball is all about.”

Malachi Coleman’s dunk as time expired in the third quarter gave Bay Shore a 48-46 lead after the teams were tied at 30 at halftime. Aaron Davis (17 points) opened the fourth with a three-pointer and the Marauders (13-9) took their largest lead after a baseline runner by Coleman made it 53-46.

“Every time we got within five or six, I kept saying if we could get it to nine or 10 then it could be the difference,” Bay Shore coach CJ Leary said. “Five, six points wasn’t enough, because they make shots and Pat Healy played out of his mind like he always does.”

Larry Citrola blocked a pull-up jumper by Coleman and hit a three-pointer on the other end to tie it at 55 with 2:38 left. The Marauders took their final lead at 57-55 after a jumper by Max Dunn.

It was Healy’s game after that.