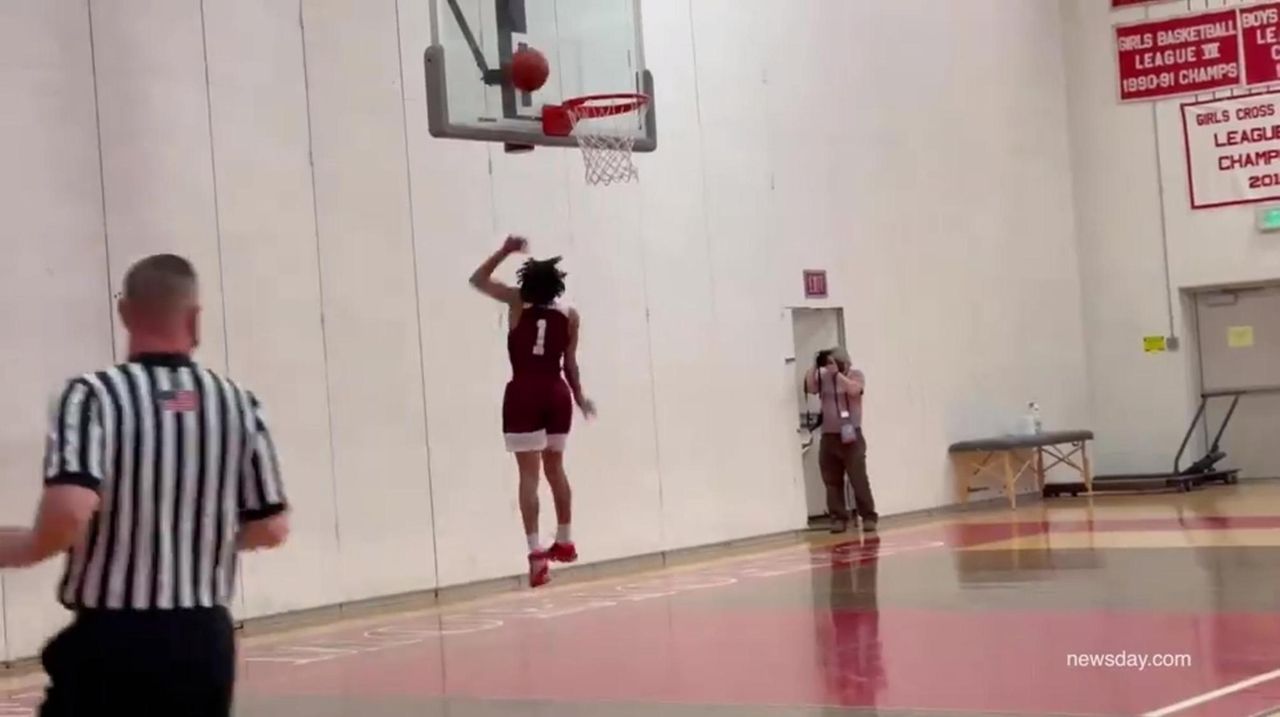 Jaden Kealey’s rare combination of size and versatility could only earn him a nickname that’s equally as unique.

"We call him our Secret Service," Center Moriches boys basketball coach Nick Thomas said. "Because he covers us in all aspects."

Kealey showcased his exceptional array of talent once again in Center Moriches' 71-59 home win over Deer Park on Sunday. The 6-6 senior forward overcame a slow start to score 21 of his 25 points in the second half, leading Center Moriches (6-1) to a quality non-league win.

Kealey did it all, demonstrating swift footwork in the low post, an ability to stretch the defense with a pair of three-pointers and the athleticism to run the floor and finish in transition.

Kealey, who entered the day as Suffolk's second-leading scorer at 26.3 points per game, said his offensive success actually resulted from his increased effort on the other end.

"It started with me putting in the effort on the defensive end, honestly," said Kealey, who also grabbed 15 rebounds and recorded five blocks. "I was slacking and not playing to my full potential and helping my team. So I found it within myself to start with the little things, the little details and get my rhythm going from there."

Leading 62-57, Kealey ran end-to-end, drew a hard foul and finished at the rim with 2:18 remaining. He completed the three-point play and also sunk one of two technical foul free throws following the sequence to give Center Moriches a 66-57 lead and essentially seal the win, handing Deer Park (4-1) its first loss.

"Jaden has been great," said Thomas, who earned his 150th career victory at Center Moriches. "I can’t say enough about him. I think he’s playing as well as anyone on Long Island right now. Last year he was a player who did everything well. This year he’s just been special."

Center Moriches trailed 39-31 at halftime. Kealey said a number of defensive adjustments by the team proved to be crucial in turning it around. Closing in on Deer Park guard Preston Edmead, who scored nine of his 20 points in the second half, was one of them.

"We basically just played him to his weak side," Kealey said. "He’s very shifty and quick, but you play up on him, get a chance to double him and try to limit him as much as possible."

Jordan Falco, also 6-6 and presenting a similar skill-set as the "Secret Service," finished with 12 points, eight rebounds and five assists.

"That helps us a lot," Falco said. "We can play big against smaller teams but also spread the floor out against bigger teams, too. We really match up well with everyone and give every team problems."