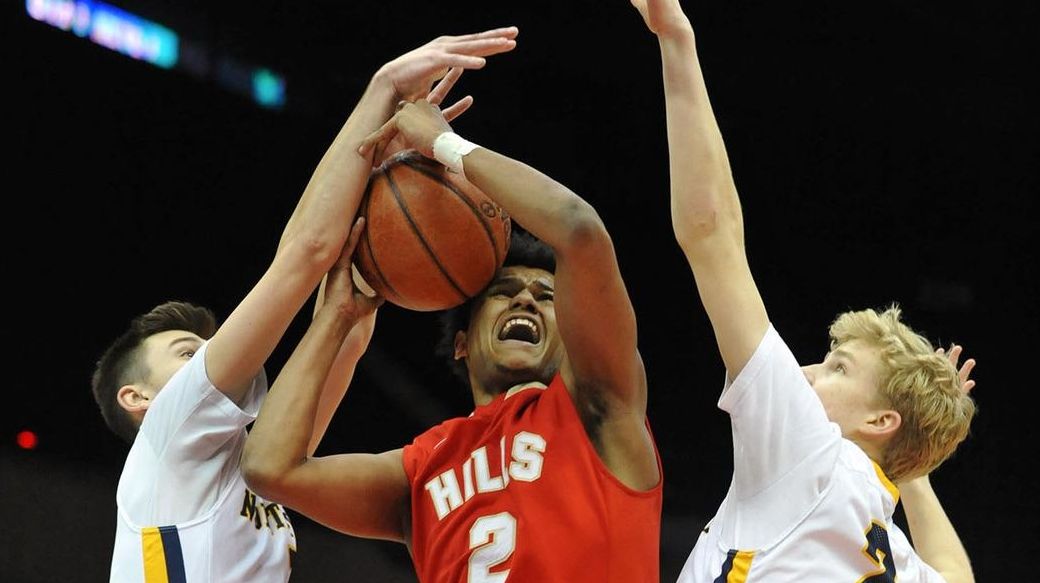 Whether Half Hollow Hills West’s Derek Brower Jr. is alone in a gym, surrounded by his teammates at practice or even at the Nassau Coliseum, when he’s standing on the free-throw line, nothing is being taken for granted.

“Our coach really emphasizes free throws and says how every game is decided at the free throw line,” Brower said. “So every day at practice our coach always has us shoot free throws and I really try to take free throws seriously when I’m playing or practice, even by myself.”

Brower’s work paid off because he made 11 of 12 free throws in Hills West’s 62-50 victory over Northport in a non-league boys basketball game at the Nassau Coliseum on Sunday afternoon. He finished with 21 points, including nine in the fourth quarter, and eight rebounds.

“In basketball to have that type of special player . . . it just gives you a lot of confidence,” Atkinson said. “And the other kids, it gives them confidence and he’s been playing really well this year, stepped up and become a leader.”

Jeff Terry added 12 points and 16 rebounds for the Colts and Greg Gurin had 11 points in the win.

The two teams began the game with slow starts, with Northport leading 13-12 after the first quarter but Hills West took a 22-19 lead into halftime. Brower and his teammates were excited to play at the newly renovated Nassau Coliseum, but admitted it added to some nerves.

“At first I was a little nervous, everyone has butterflies in the beginning,” Brower said. “But once the ball’s up in the air and you start playing, it’s like any other game.”

The Colts started the second half strong, opening a 35-24 advantage, led by two three-pointers from Gurin and five points from Spencer Weingard, in the opening four minutes of the period.

The team discussed trying to forget about the arena they were playing in and focus on playing their fast-paced offense to regain control of the game.

“At halftime we sort of made the adjustment and said ‘Just play like you play at Half Hollow Hills West,’ ’’ Atkinson said. “Forget about where you are and all that.”

Sean Walsh led Northport (13-2) with 21 points, including 11 in the first quarter. Parker Pierce added 11 points for the Tigers.

The Colts hope to carry the momentum of their fourth straight win throughout the remainder of the season and for a playoff run, and will always remember playing in a professional arena.

“This was an awesome experience, I’m thankful to be here,” Terry said. “It was just a big win for us and the playoff picture. Just a memorable moment and a great experience for me and something I’ll never forget.”