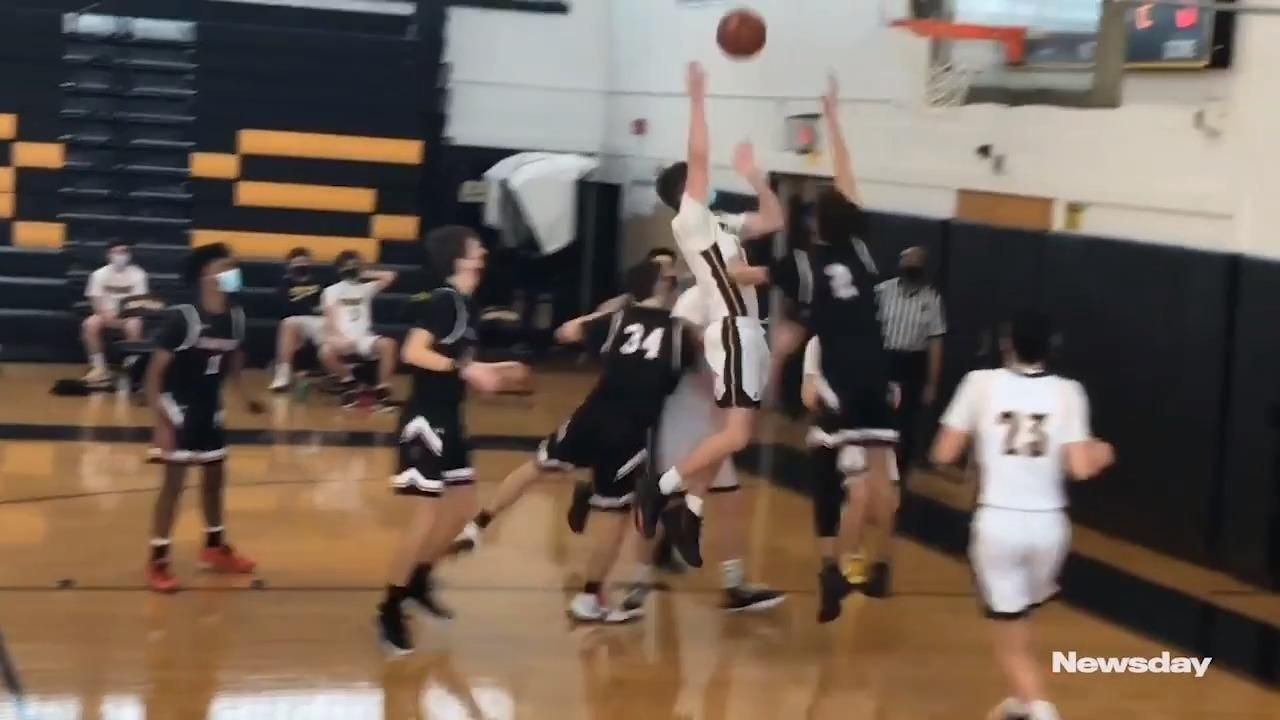 Dylan Heege proved it’s not where you begin the game, but what you do to finish it.

The Wantagh senior center didn’t start Tuesday’s contest, but he was on the floor for its biggest moments and delivered one of the game-changing plays in host Wantagh’s 56-53 victory over Island Trees in Nassau Conference A-VII boys basketball.

The 6-6 Heege caught a pass in the post and made a strong move up and under the basket for a layup to give Wantagh a 54-53 lead with 35 seconds remaining in the contest.

"He’s pretty unselfish and he comes off the bench, so teams can’t really adjust to him right away," coach Joe Harclerode said. "And then he comes in and he’s such a big presence."

When Heege caught the pass with Wantagh trailing by one point, he knew it was his moment.

"I got hyped when I made the basket," Heege said. "My teammates got hyped from it and from there, it was just game over. We played defense, we got a bunch of steals and we just never gave up."

Heege scored 14 of his team-leading 16 points in the second half, including eight in the third quarter, as Wantagh turned a 21-15 halftime deficit into a 37-34 lead after the third quarter.

"He is a very prominent presence in the paint," said point guard Jaden Ventura, who added nine points and seven assists. "He makes himself well known and he gets those tough baskets."

Wantagh (4-0) trailed 51-46 after a three-pointer by Island Trees’ Christopher Connors with 2:40 remaining. After a timeout, Wantagh scored 10 of the game’s final 12 points and caused three turnovers in the final 23 seconds.

"That was really a defensive game," Harclerode said. "Our offense picked up a little bit, but it was really our defense that won it for us today."

Kyle Dowden added 11 points — all coming in the second half — and a few key late steals and Mike Handell had 10 points, including seven in the fourth quarter, and 10 rebounds in the win.

Connors had 20 points, Troy Silva added 12 points and Antonio Arana had 10 points for Island Trees (1-2). The second half featured four lead changes and two ties and Wantagh never led by more than one possession in the contest.

"We went back and forth, it was a battle the whole game," Ventura said. "We pulled through. We played some great defense toward the end of the game and we just played as a team overall."