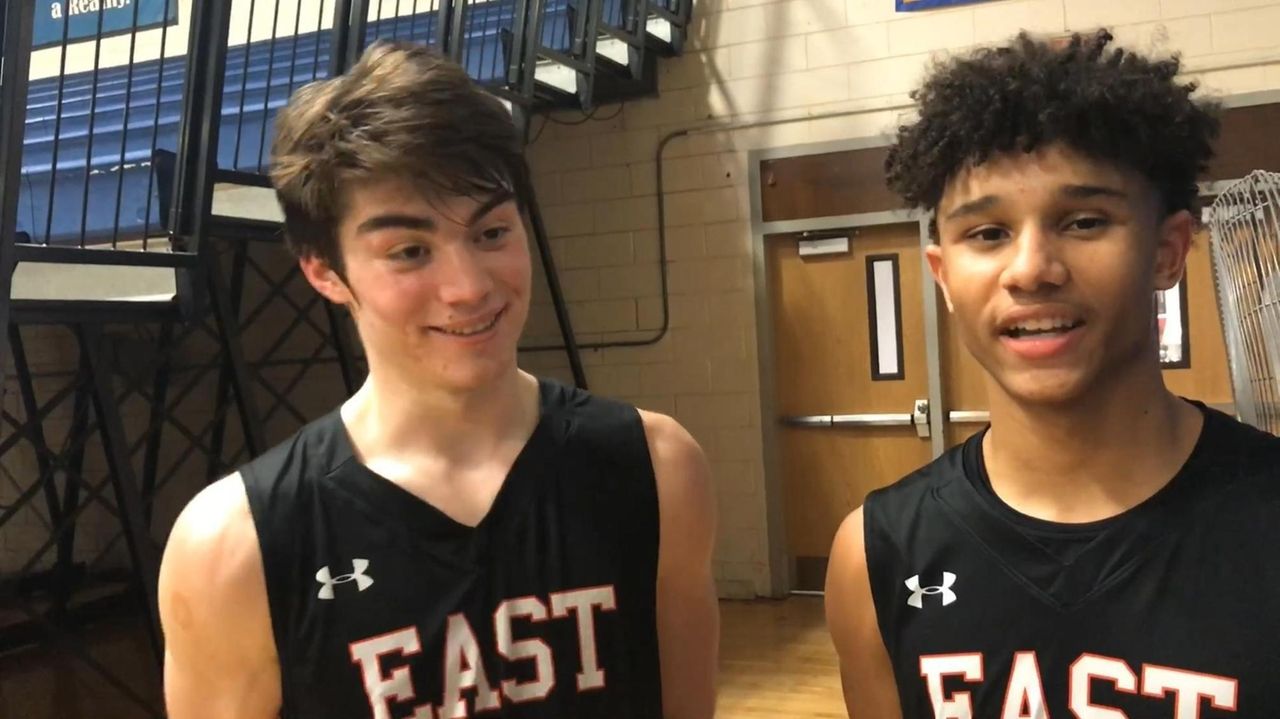 Franklin Infante stepped up to the free- throw line with a plan for exactly what was going to happen next.

He was going to make both shots.

With 1:05 left in Tuesday’s Long Island Class C championship, and East Rockaway nursing a five-point cushion over Southold, the junior point guard did just that, lifting the Rocks to a 72-65 victory at Centereach High School.

Infante went 5 of 6 at the stripe in the closing minute, finishing the game 10 of 12.

“I try to practice [free throws] as much as I can, get in the gym, because it pays off at the end of the day,” said Infante, who finished with 20 points. “When you have teammates who trust you like mine do, you feel confident that you’re going to make the free throws.”

It’s the first Long Island championship for the Rocks (9-12) since 2012 and the third in program history. Aidan O'Connor led all scorers with 26 points and 12 rebounds, while Nick Grathwohl had 18 points for Southold.

Infante admitted there was “a little nervous energy” as the First Settlers made their run, but added that East Rockaway “had a goal and we know what we can do.”

His free throws gave the Rocks some late-game breathing room before the defense forced a jump ball on Southold’s ensuing possession. Kyle Barth followed up with a quick layup, making it 68-59 with 47.7 seconds left and effectively setting the First Settlers back on their heels.

Grathwohl and Cole Brigham both connected on three-pointers for Southold in the final 22 seconds, but it was too little too late as East Rockaway’s defense kept the First Settlers from staging one last rally.

“Basketball is a game of runs and it’s who has the most runs wins,” Rocks coach Paul Collins said. “We really concentrated on that.”

The Rocks advance to the state regional final against Hamilton or Stissing Mountain/Rhinebeck at a site and on a date to be determined.

For the East Rockaway, the details aren’t important. Much like Infante, the Rocks had a plan and they executed it to perfection.

“This means a lot to us and this program,” Infante said. “We’re going to try and go on a run here and keep working.”