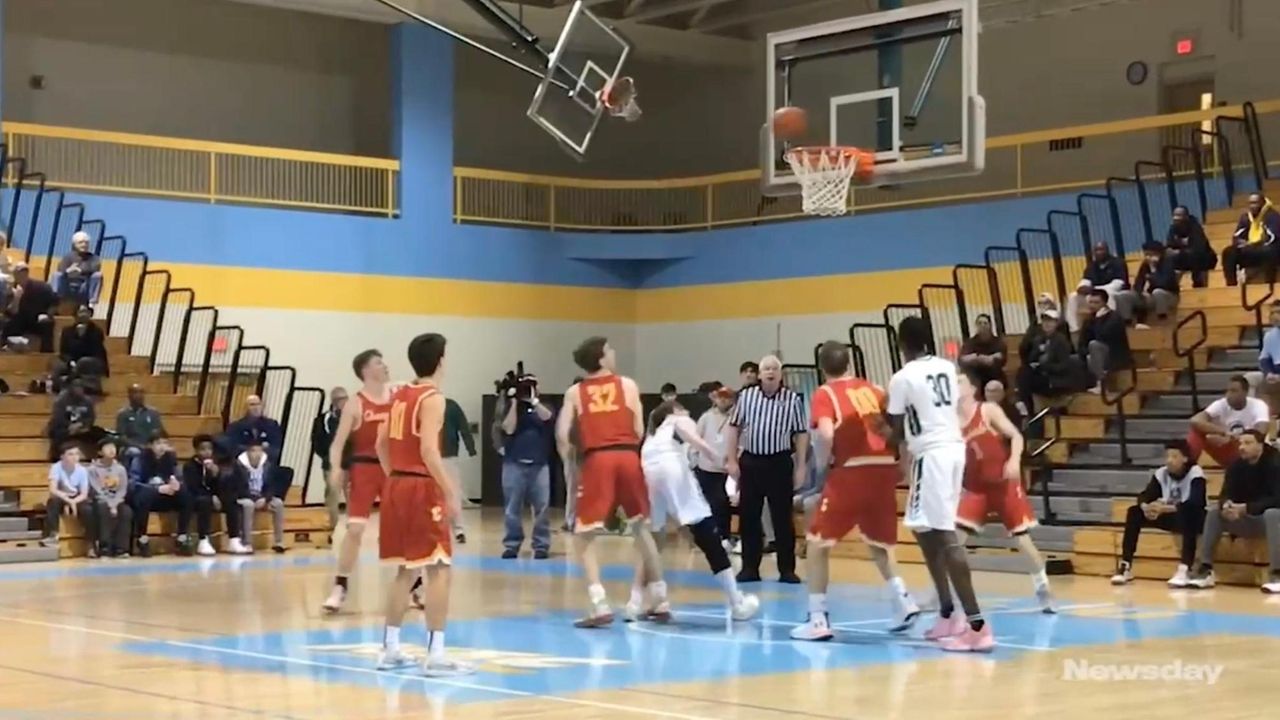 The Holy Trinity boys basketball team has a luxury few teams on Long Island can compete with.

The Titans’ dynamic duo in guards Mike Sixsmith and TJ Long can each take a game over at a moment’s notice, but they really shine when sharing the ball with one another. With Holy Trinity’s season in the balance, the seniors knew exactly where to turn — to each other.

“When the game’s on the line, we think we are the two best players on the floor,” Sixsmith said. “And we want the ball in our hands.”

After a low-scoring opening half and a one-point deficit in a CHSAA Class A semifinal, Sixsmith and Long combined for 19 of the Titans’ 22 points in the third quarter en route to a 66-59 victory over Chaminade at LIU’s Brookville campus Sunday afternoon.

Second-seeded Holy Trinity (20-5) advances to play St. Anthony’s in the CHSAA championship at 7:30 p.m. Tuesday at Hofstra. The Titans are looking for their second straight league title.

“When one gets tired, we can give the other one the ball and the same result is going to happen,” Long said. “We have all the trust in each other and our teammates.”

“They are big-time players,” coach Joe Conefry said. “They are great scorers, but they are also our best defensive players. They are smart, tough, they make plays and they are leaders in that way. So when your best guys are doing all the stuff you need them to do, that’s a great thing to have as a coach.”

Third-seeded Chaminade (15-11) led 22-21 in a defensive opening half. But Sixsmith and Long took it upon themselves to raise their game in the third quarter, as the Titans outscored Chaminade, 22-12.

“Our confidence is through the roof,” Sixsmith said. “I have so much confidence in him and I know he has trust in me, so we will do whatever it takes to win the game.”

After winning the CHSAA championship last year, the Titans have been looking forward to March ever since the first day of practice.

“This has been all of our focus,” Sixsmith said. “This has been the goal since November 11 when we started. We want to get back to the championship and we’re there. Let’s finish it now.”