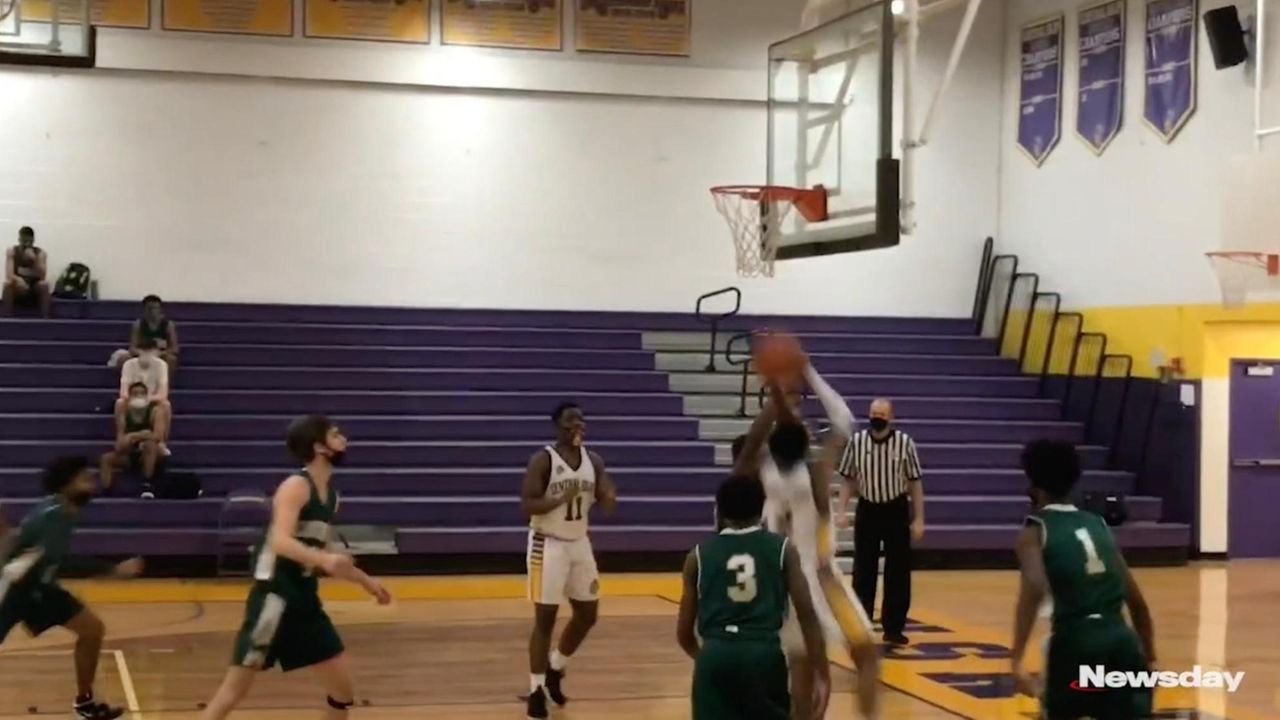 It is Isiah Sween’s time for the Central Islip boys basketball team.

Sween was a standout complimentary player to Ty-Shon Pannell, who averaged 25 points and was a Newsday All-Long Island second-team selection last season as a senior. But Sween proved Wednesday that he is ready and capable of taking over that lead role.

He was just that, adding dazzling assists and sneaky defensive steals to his repertoire, creating fast-paced points.

"Isiah’s a great talent," said senior forward Ian Mussington, who added 11 points. "When he’s out there, the team runs fluently like a well-oiled machine. He keeps his head up, and he creates his own plays and is a playmaker for others. He’s a scorer and a great teammate."

Coach James Mott credited Sween’s unselfishness in previous seasons playing alongside Pannell. Mott also added Sween has immediately stepped into a leadership role, even recalling a story from during tryouts when a player got sick on the sideline, Sween immediately went over to make sure he was OK and helped out.

"He’s been a super kid, never really complained the last couple of years," Mott said. "He never said boo. Just progressively got better and now it’s his chance as a senior."

Central Islip opened up the third quarter on a 15-2 run over four minutes, expanding its lead to 49-26 midway through the period. Sween scored 10 points in the run. The Musketeers also ended the contest on a 13-1 run and outscored Longwood 46-19 in the second half.

After being unsure if he would be able to take the floor as a senior, Sween is just enjoying every chance he gets to play.

"Tonight he sure did," Mott said, "and I think he’s going to embrace it and run with it for whatever we can get this year for sure."

"We just want to be grateful," Sween said. "Everybody’s thankful for what we have."

Photos: Longwood vs. CI boys hoopsScenes from a Suffolk boys basketball game between Longwood and Central Islip on Wednesday.