Jack Garside became the Kings Park boys basketball all-time leading scorer Monday. But when you ask his coaches and teammates about him, putting the ball in the basket is never the first thing they say.

"In the history of basketball, he has to be the only all-time leading scorer that I can’t tell you has ever had a selfish play," coach Chris Rube said. "There can’t be a more deserving player of it." 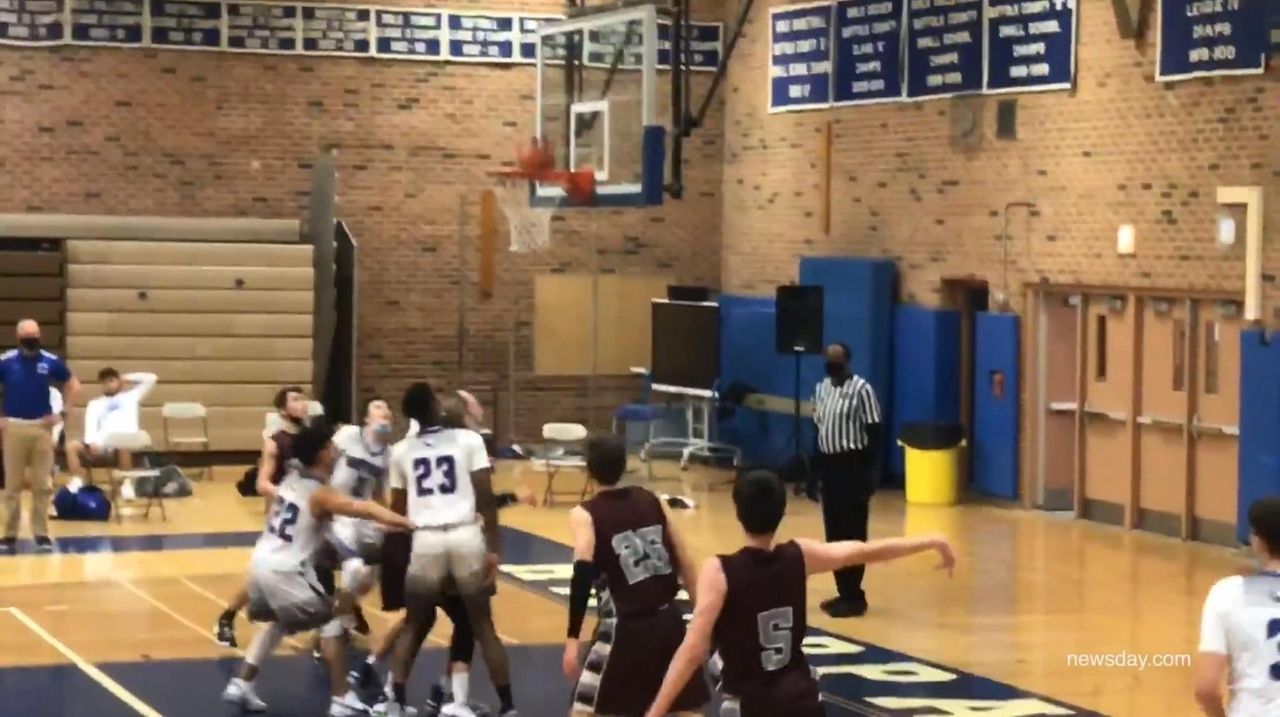 Simon, who watched the game on a stream and spoke with Garside over FaceTime postgame, said it’s been "awesome" to watch Garside and the team’s success. Simon was happy to see Garside take over the top spot.

"I’m shocked it stood for so long," Simon said. "There’s nothing better than to pass it over to someone and wishing those next group of guys all the luck in the world."

Garside set the record after hitting a foul shot with 1:48 remaining in the opening quarter following a technical foul.

"I’ve put a lot of time in off the court," said Garside, a four-year varsity player. "Getting stronger, improving my skill each year and ultimately now we are here. I’m definitely proud of the work I’ve put in and I think I’ve earned it. I’ve had great teammates and coaches around me to push me."

But Garside’s unselfish play continues to impress his teammates.

"You see all those other guys scoring 30 points, Jack’s not that guy," said Nick Svolos, who led Kings Park with 19 points and 11 rebounds. "Jack’s the guy who will score 15 points in a win and be proud of himself rather than 30 in a loss and feeling like the man of the house. He brings it every night."

Kings Park (4-1) took a 33-18 lead into halftime, capped off by Garside finding his brother, Matthew, for a three-pointer in the closing seconds of the half.

Monday’s matchup had major playoff implications for the League V/League VI postseason and championship. With the top two teams in each league making the four-team playoff, Kings Park likely clinches a postseason spot with a victory over Rocky Point Wednesday. Hauppauge (4-1) needs to knock off undefeated Half Hollow Hills West Wednesday for a chance to make the playoffs.

Photos: Kings Park vs. Hauppauge boys hoopsSee the scenes from Kings Park's victory over Hauppauge in a Suffolk boys basketball matchup on Monday