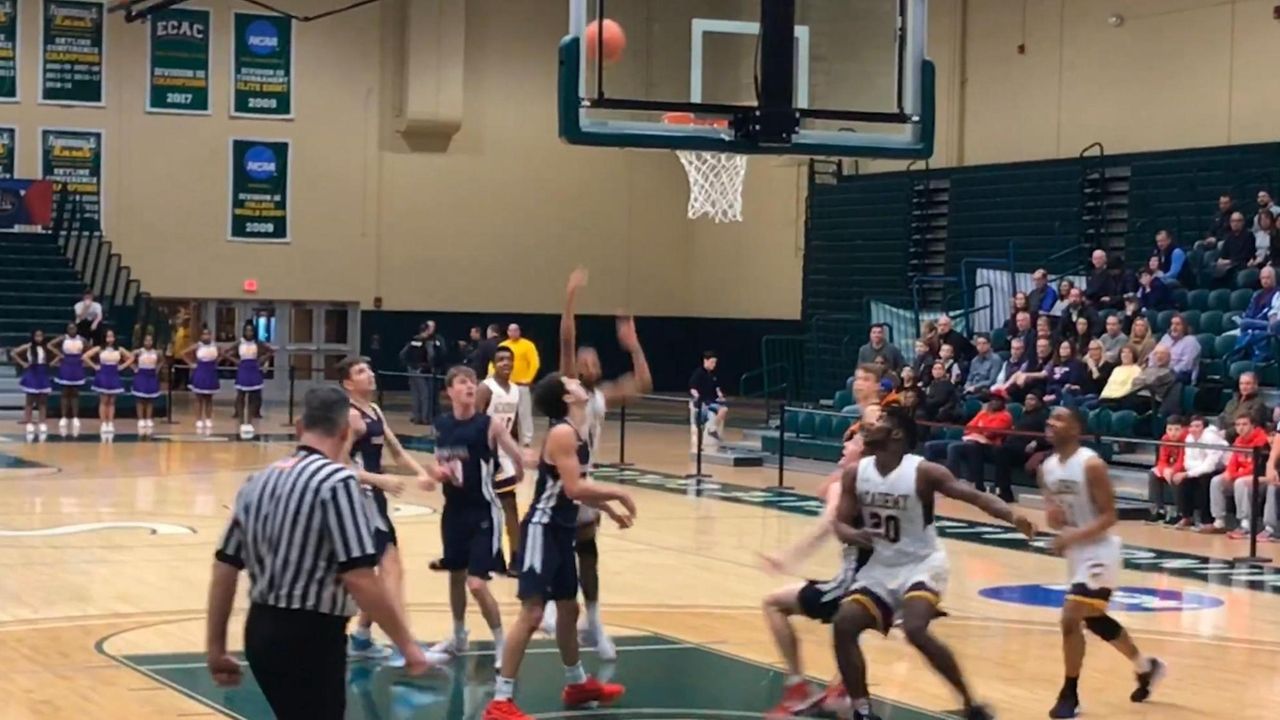 Jarrett Dingle would rather his play on the court do his talking. And while he may not always enjoy talking off the floor, his skill set screams for attention.

“He’s our leader,” Academy Charter boys basketball coach Gordon James said. “When he speaks everyone listens and the funny thing is, he doesn’t really speak much. But he plays so hard that everyone gets in line like, ‘You know what? If our best player is going to play that hard, they just follow him.”'

Even when Dingle’s shot wasn’t falling for spurts throughout top-seeded Academy Charter’s Nassau Class B semifinal matchup against No. 4 Cold Spring Harbor, his motor and presence couldn’t be questioned. Dingle had 22 points, 11 assists and nine steals in an 80-63 victory Tuesday at Farmingdale State College.

“His mind is even way ahead of his game and you can see that when he plays,” said James about his freshman guard. “He’s poised and the funny thing is, he wants to get better. He’s not satisfied. He’s so hungry for more that it’s contagious and once everyone else gets that same hunger, they are starting to believe now that [Academy Charter is] coming.”

Academy Charter, in just its second season as a program, will play in the Nassau Class B final against No. 2 Malverne at Farmingdale State College Friday at 7:30 p.m.

The Panthers (12-3) never trailed Tuesday, but Cold Spring Harbor (10-9) cut a 16-point deficit late in the third quarter to six points with 5:34 remaining in the fourth quarter. But Academy Charter ended the game on an 18-7 run.

“It was about our defense,” Dingle said. “Our defense made a lot of stops and our defense led to our offense.”

It was also about Justin Faulkner. The senior scored 10 of his 17 points in the fourth quarter, presenting a physical presence in the paint and adding 11 rebounds in the win.

“When I see the ball go up, I always try to get every rebound — that’s my job,” Faulkner said. “I don’t want to give the other team another shot.”

Academy Charter, located in Hempstead, moved up from Class D to Class B this year. After falling in the Long Island Class D championship, the Panthers want to prove worthy of that jump and are a win away from having a title to show for it.