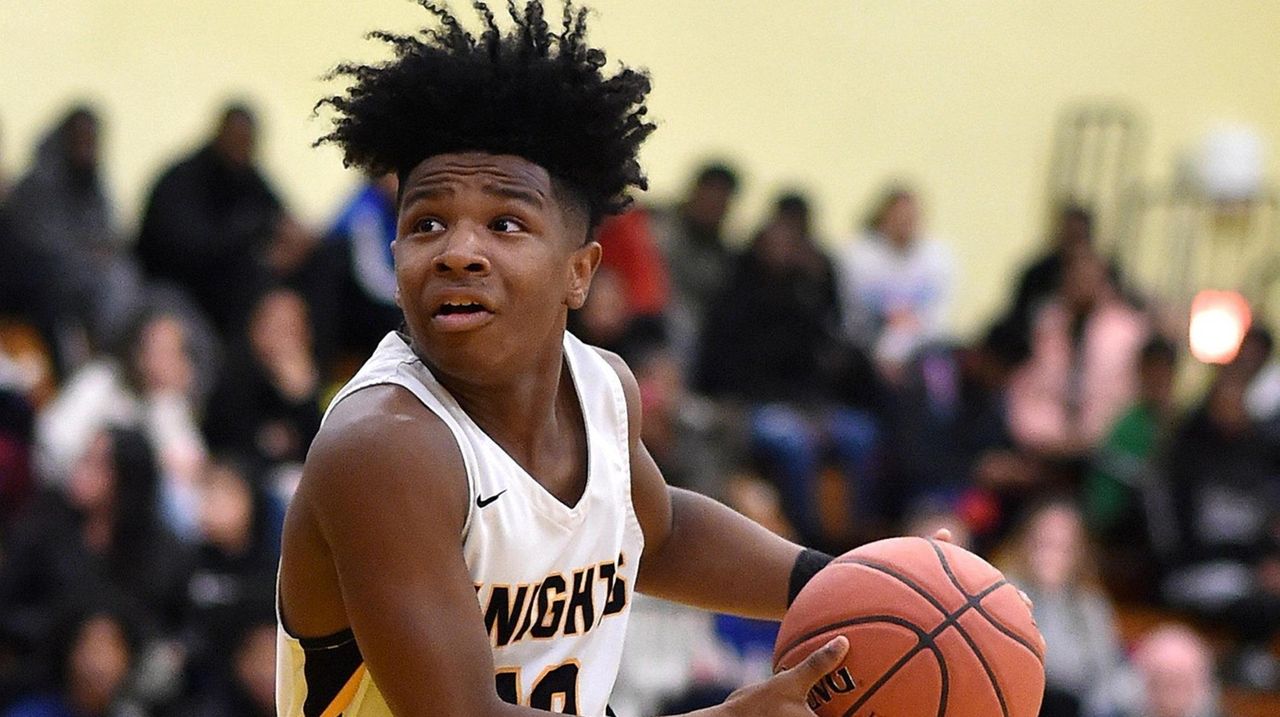 The tragic news that Uniondale basketball star Jo-Jo Wright had been killed in a car accident sank in deeper on Thursday as family, teammates and friends grappled with the loss of the charismatic 15-year-old.

Wright was sitting in the back seat of an SUV when it collided with another SUV driven by an 87-year-old man on Wednesday afternoon, police said. The SUV Wright was riding in then caromed into a utility pole. Wright was pronounced dead at Nassau University Medical Center in East Meadow.

Wright’s parents and grandmother came to a makeshift shrine at the scene of the accident, where people laid flowers and remembrances alongside the fractured utility pole at the corner of Front Street and Maple Avenue in Uniondale. They lit candles and remembered Wright with love and respect.

"He was a great kid, a great student, a great athlete [and] loved the game of basketball," said his father, Joe Wright. "I can’t believe it ended like this. Not like this."

"He was a straight-A student, an honor roll kid forever," he continued. "He never got in trouble at school. I never got a call at home from a teacher. This really hurts."

The gifted sophomore already had emerged as the top public school player in the county. Last season, as a freshman, he was selected to Newsday’s All-Long Island boys basketball team.

"He was a warrior and a gentleman," said Baldwin boys basketball coach Darius Burton, whose team beat the Knights, 61-60, in the county title game at Nassau Coliseum last March. "I have no doubt that this loss will be felt throughout the basketball season on Long Island."

Nassau County Executive Laura Curran said she will introduce legislation to have a portion of Uniondale Avenue renamed for Wright.

"I will be filing legislation to rename a portion of Uniondale Avenue Jomani ‘Jo-Jo’ Wright Way," Curran said in a statement. "Jo-Jo was an inspiration to his teammates, friends, family, and community. We honor his life, one filled with endless potential, which was cut short way too soon."

Det. Lt. Richard LeBrun, a spokesman for the Nassau County police, said the accident "is still under investigation" and that he was awaiting information from homicide investigators.

Wright’s other teammates learned of his death Wednesday afternoon mostly through their group text message. They gathered that night at the Uniondale High School gym to meet with grief counselors. It was the first time the team had been together on their home court since last March.

"I just stood on the court and all the flashbacks from last season just came back to me all at once and it hit me," Knights senior Jordan Evelyn said Thursday. "I usually don’t, but I started crying and couldn’t hold back my tears anymore."

"He was just put here for a bigger purpose," Knights senior Tristan St. John said. "He had so many things to accomplish and I honestly can’t understand why he’s gone — he was going to be something we’ve never seen before."

Diana said that as he circled the group at the counseling session, "I kept looking at the door, expecting him to walk through. Then I looked at my assistant coach [Rich Tauber] and he shook his head. He wasn’t going to walk in."

The family was making funeral arrangements on Thursday night.

Though this basketball season will go on, Uniondale will not be participating. The school opted out of all interscholastic athletics for the 2020-21 school year in the fall when high community spread of COVID-19 forced classes to go entirely virtual.

Several of Wright’s teammates lamented that they would not be able to dedicate the season to his memory.

"I just wish I had one more chance," Knights senior Zarron Duncan said, "not just to play with him, but to talk with him and tell him I love him."

"The world is better because he was in it," Tauber said. "I’m a better person because he was a part of my life and I think so many other people can say that, too."