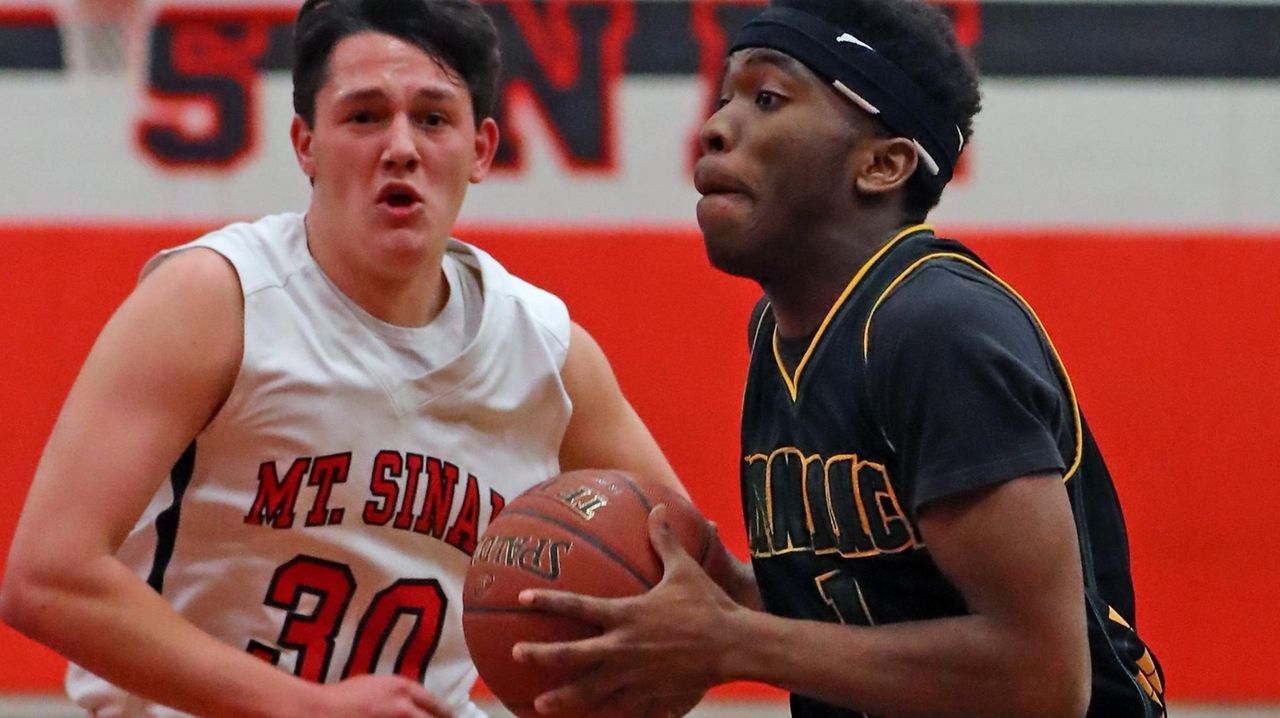 Kashawn Charles entered Thursday’s game as Long Island’s leading scorer, averaging 30.3 points per game for Wyandanch. He had not scored fewer than 25 points in a game, according to Newsday’s records.

He didn’t reach either of those numbers in the Warriors’ 77-70 victory over host Mount Sinai in Suffolk VI boys basketball, and based on his post-game answer, he’s not bothered by it.

“It’s a good feeling because I have my team, my running mates with me so I don’t have to go out every night and kill myself,” said Charles, who scored 20 points, including eight in the fourth quarter. “I can lay back and they can help me do some of the work and we can pull out wins left and right.”

Wyandanch (6-2, 3-1 Suffolk VI) is new to Class A after losing in the Class B semifinals last season, but they’ve adjusted well to the new talent pool. When the Warriors first took the lead at 22-20 with 4:09 left in the second quarter after trailing 18-11 after the first, they stayed on top until Mount Sinai took a 55-54 lead on a three-pointer by Nick Rose with 7:08 left in regulation.

But a pair of buckets from Charles and then nine points in the final seven minutes from Corey Stewart was enough for Wyandanch to win it.

“Tonight we fought,” said coach Barry Baker Jr. “Lately in close games like that, we tend to give up for whatever reason but tonight we actually fought.”

The Warriors had a big spark from Dabein Walker, who scored 12 of his 20 points in the second quarter. Walker had been coming off the bench the past few games after starting earlier in the season and Walker has taken to his new role.

“Tonight, he was ready to play,” Baker said. “He was just on fire tonight. He was playing like his old self.”

“It was just good to see,” Charles said. “Sometimes he can be in a shell so it’s nice to see him come out of that shell.”

Walker, a senior, would rather let his play on the court do his talking. “It felt good,” he said. “The game was just coming to me.”

Charles, Walker and Stewart combined to score all 23 of the Warriors’ fourth-quarter points. The three all finished with an identical 20 points with Stewart hitting key shots in the final minutes.

“It’s fun,” said Stewart, who added nine rebounds. “[Pressure] doesn’t really get to me as much. I like it.”