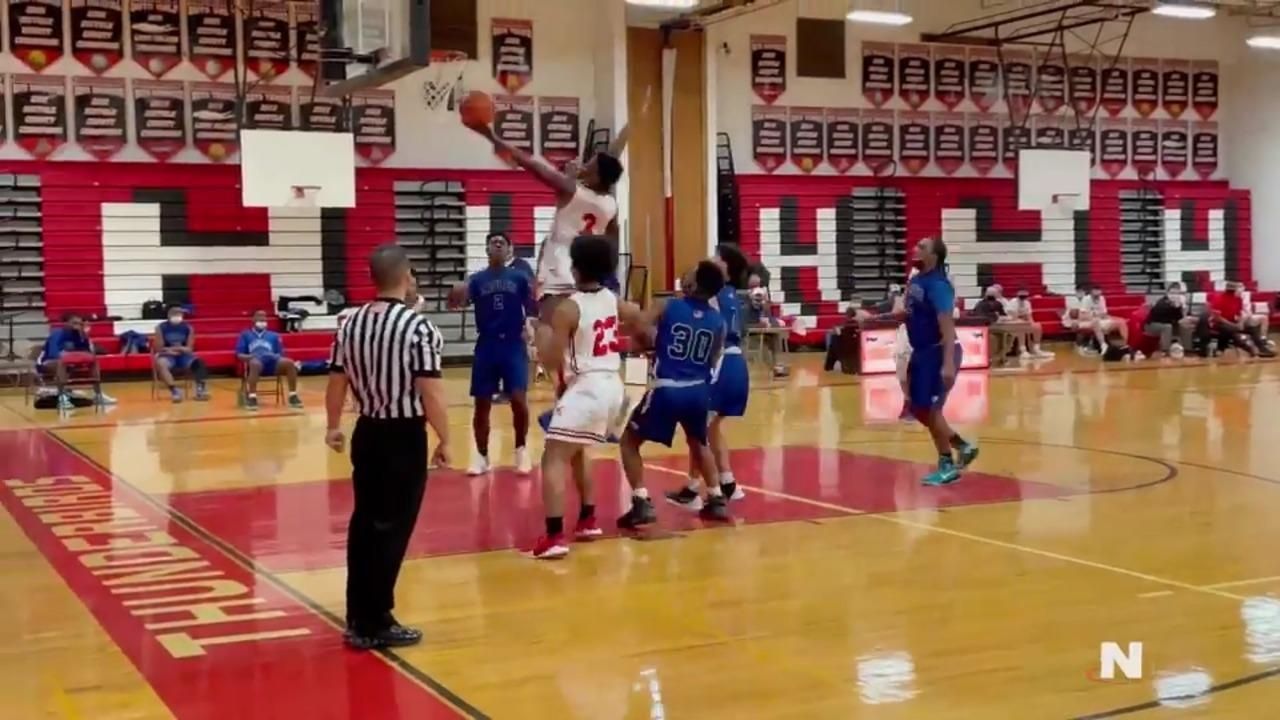 Leisaan Hibbert was determined to make his comeback known.

After missing the previous two games because of a recent trip out of state, Hibbert was cleared to rejoin his Half Hollow Hills East teammates only hours before their opening tip on Tuesday.

Then he happily reminded everyone of what they were missing.

"I was very motivated and happy to come back," said Hibbert, a senior who notched 13 points, eight rebounds, seven assists and seven steals off the bench, leading the Thunderbirds to a 65-51 home victory over Copiague in a Suffolk League III boys basketball game. "I came here and we just showed up and did what we had to do — took care of business."

Hibbert’s presence was consistently felt on both ends of the floor, as he infused a burst of energy that proved difficult for the Eagles to match. Hills East improved to 3-0 in league play and remains undefeated at 5-0 overall.

"Hibbert was huge," Hills East coach Pete Basel said. "We missed him and other guys stepped up previously while he was out. But you could see in a game like today how needed he is and how much he helps us.

"He’s all over the place; he’s a freak athletically. He can sky to the rim, get by big guys, get into the lane, and he’s a beast defensively getting steals and making the right play after."

Xavier Lewis, a junior who added 12 points for Hills East, was also glad to see Hibbert back in the lineup.

"We missed him these last couple of games, but it was good to have him back," Lewis said. "He’s one of our best defenders and offensive players, and he’s an amazing rebounder. He really helps us out a lot."

Leading 34-24 with 2:15 remaining in the third quarter, the Thunderbirds ended the period with a 14-3 run that gave them a commanding 21-point advantage entering the fourth. Lewis began the spurt with a three-pointer from the right corner followed by a quick layup moments later.

"That was very big," Lewis said. "That really separated us in this game. We got our momentum going and we just kept applying that pressure."

Junior Derek Varlack also gave the Thunderbirds a boost with a 10-point performance. Sophomore Malachi Moore led all scorers with 22 points for Copiague.

"We’re in a really good place," Basel said. "These guys really come to play. They’re very motivated and dedicated to the game. We’re young and deep, and this may be the deepest team I’ve ever had in my 19 years coaching here."