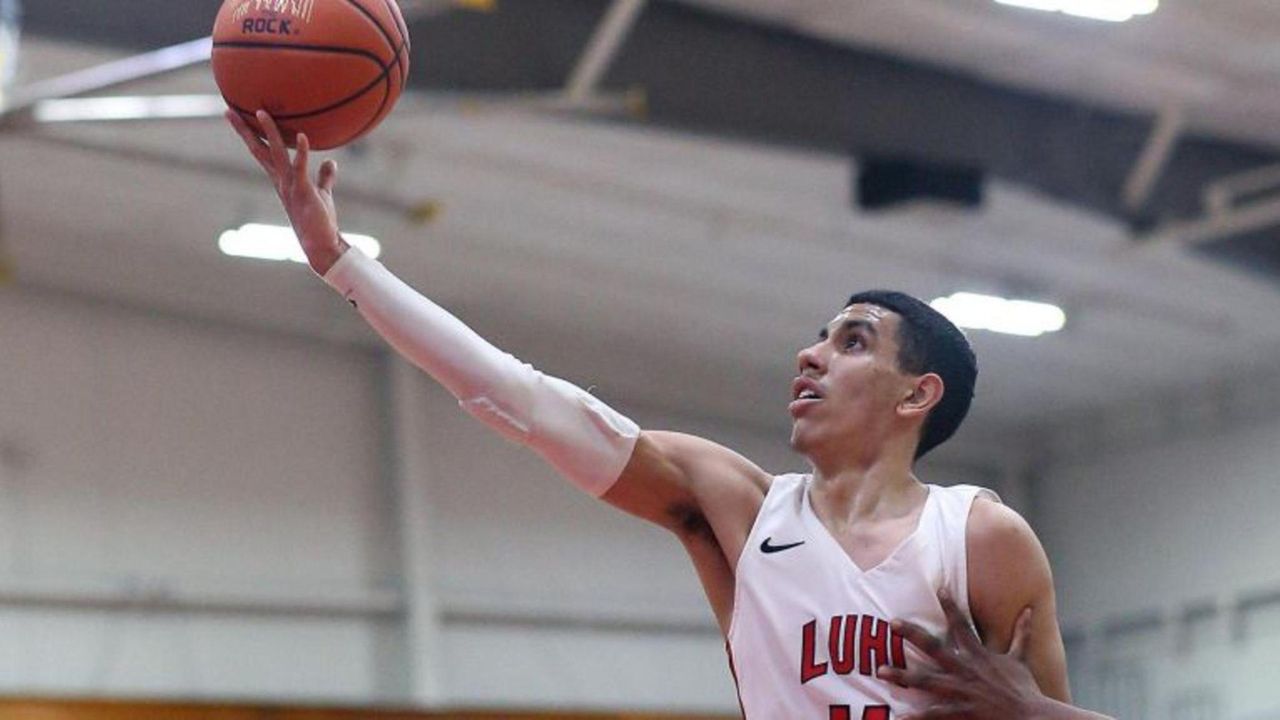 Last summer, Long Island Lutheran’s Andre Curbelo wore the jersey and played on the stage he’s dreamed of since childhood.

The Puerto Rico native not only represented his homeland, but led it to a third-place finish in July’s FIBA U17 Basketball World Cup in Argentina, including scoring 12 points with five assists in a 90-77 victory for Puerto Rico over Canada in the bronze medal game. The 6-1 point guard was named to the All-Star Five, as one of the five most outstanding players in the tournament, after averaging 13.6 points and a tournament-best 5.9 assists her game.

“I love my [homeland of Puerto Rico], so that was a great opportunity for me,” Curbelo said. “It means everything. I love basketball, but when I play in that jersey, it makes me feel even better and I love the game even more.”

And Curbelo brought back what he learned to the Crusaders, putting on a dazzling performance in their 82-31 home victory over Westbury in non-league boys basketball Wednesday.

Curbelois a dynamic ball handler, orchestrating the ball movement and creating shots for his teammates — along with scoring for himself. The junior is garnering major college interest, including schools such as Florida, University of Connecticut and Illinois.

“I just go out there and have fun,” he said. “I don’t think about anything else but playing. I look to drive, pass first, I like to feed my guys”

Curbelo’s playmaking ability was on display from the opening whistle. For LuHi’s opening score, Curbelo tossed an alley oop to Tyler Stephenson. The two connected again for a three-pointer for the following basket.

“It’s like poetry in motion,” Stephenson said. “When me and him are playing well, it rubs off on everyone else. It makes me think about things I can add to my game. That’s how good Andre is.”

Curbelo finished with 14 points and eight assists, bringing the fans in the gymnasium to their feet on multiple occasions with his passes and defensive ability.

“He’s two steps ahead of everyone and it’s exciting to watch,” said coach John Buck, who recorded his 200th victory. “Sometimes I get caught up just seeing what he’s doing.”

The Crusaders scored the first 18 points of the game and finished the opening quarter with a 25-2 lead, with five different players scoring in the opening period. Tyreik Frazier and Jordan Redd led Westbury (0-2) with seven points each.

Zed Key finished with 18 points for the Crusaders, with Drissa Traore adding 14 points and Stephenson scoring 10 points as 10 different players scored in the win.

The Crusaders, which lost in a controversial federation championship game last season, looks to return for another shot at the title.

“It was a tough time for sure, but the past is the past,” Curbelo said. “We have to leave that behind and focus on a new year and we’re just ready to go.”