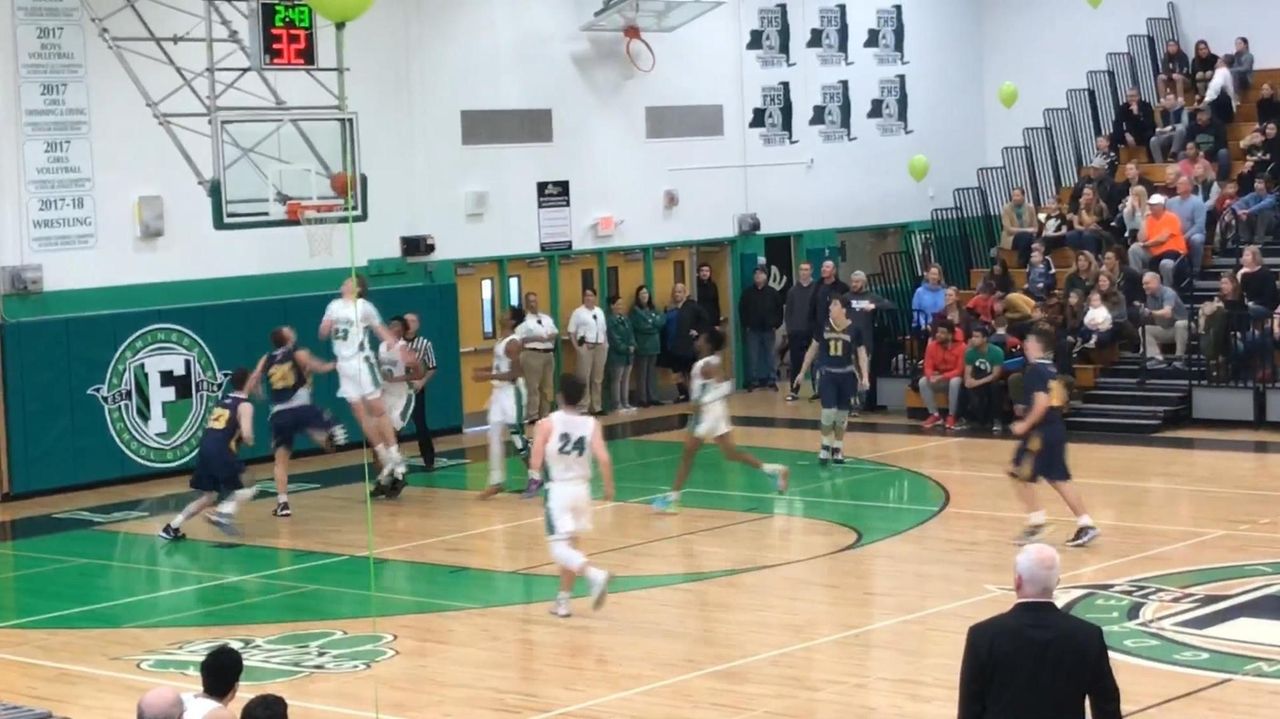 Thomas Spero, Logan Tucker and the rest of Massapequa's boys basketball team had more than two weeks to think about it.

After losing twice to Farmingdale during the regular season, the last thing the Chiefs wanted was to witness their season end at the hands of the Dalers. Massapequa played its final regular-season game Feb. 10, and had plenty of time to prepare for this playoff game.

And it didn’t take the Chiefs long to show that nothing that happened in those two earlier losses would have a bearing on this game. Sixth-seeded Massapequa took an early lead and never trailed, defeating host No. 3 Farmingdale, 73-61, in a Nassau Class AA quarterfinal Wednesday.

“We just really wanted to upset them,” said Spero, who had 26 points and 10 rebounds in the Chiefs' fourth straight win. “We knew that we were going to be overlooked in this one and they would be the favorite to win the game and we just played harder than them.”

Massapequa (13-7) will play No. 2 Baldwin in the Class AA semifinals at Farmingdale State College at 6:45 p.m. Sunday.

If for no other reason, Massapequa didn’t want to lose in Farmingdale's gym for the mere fact that the neighboring schools are rivals in most sports.

“This is not the place you want to end your career,” said Tucker, a senior point guard who had six points and seven assists. “This is obviously our rival town in every sport and it’s just an honor to go out there and play as hard as we did and come out with the win.”

Massapequa closed the first quarter on a 7-0 run and scored the first five points of the second quarter to take a 24-13 lead. Spero scored 10 of his game-high 26 points in the opening period.

“I just really wanted to play harder than the guy in front of me,” Spero said. “It really wasn’t about the points or anything like that. I just happened to score a lot more than anybody else, but anybody on this team can do that. Tonight just happened to be my night.”

After falling twice to Farmingdale during the season, Massapequa coach Martin Voigt preached the adage of “It’s hard to beat a team three times.”

“The third time is so difficult,” Voigt said, “but I told them, ‘No pressure, no fear. Just go out there and play the game.' ''

Photos: Massapequa vs. Farmingdale in the Nassau 'AA' playoffsScenes from a Nassau Class AA boys basketball quarterfinal playoff game between Massapequa and host Farmingdale on Wednesday.