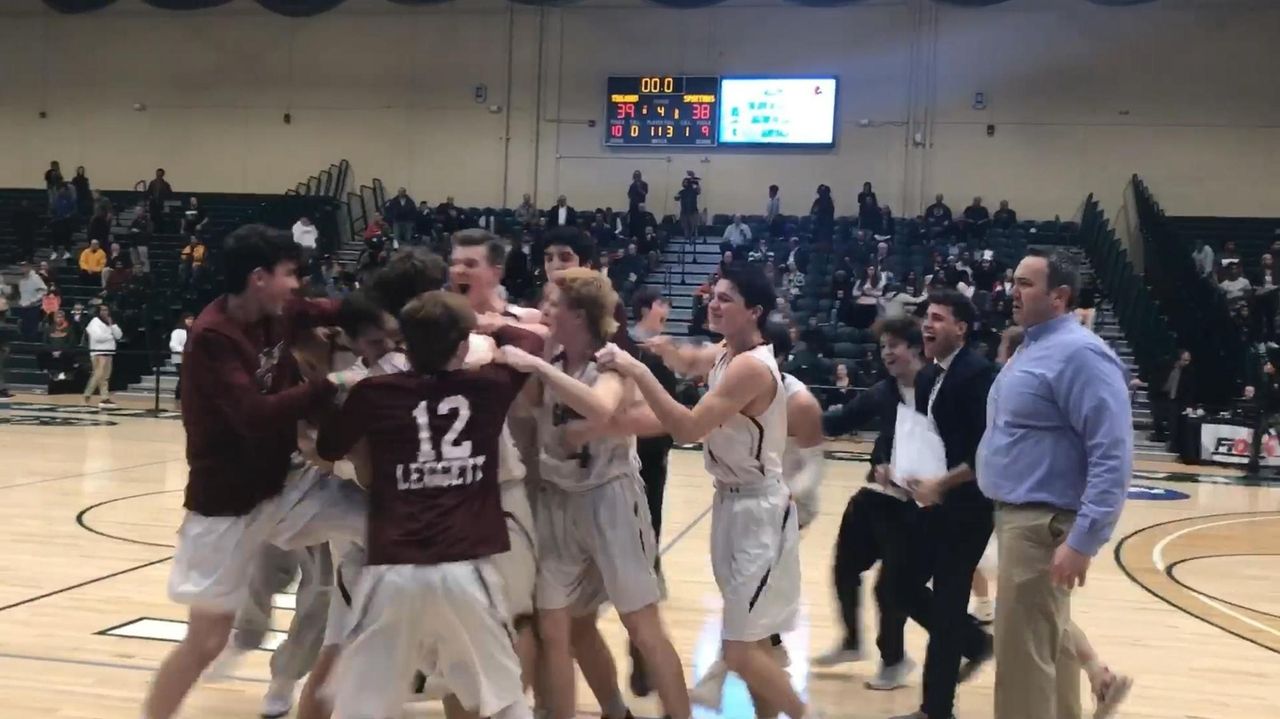 “I was bricking them in the beginning of the year,” he quipped.

He said he turned the corner from the charity stripe a couple weeks ago, and his Garden City boys basketball teammates are certainly thankful for his improvement. The senior was at the line for a one-and-one with the Trojans down by one point and 0.3 seconds left on the clock in Wednesday night’s Nassau Class A semifinal at Farmingdale State.

When the lefty made the first, tying the score, his teammates on the bench jumped out of their seats. After he made the second, everyone in the gymnasium watched as No. 4 Elmont’s desperation heave from three-quarter court at the buzzer missed, giving top-seeded Garden City a nail-biting 39-38 win over the defending county champions.

“In my mind, I never had a doubt,” said Granville, who had eight points, four of which came on free throws in the fourth quarter. “I was going to make both of them; we were going to win that game. I didn’t want my career to end this way.”

Garden City plays the winner of No. 2 Sewanhaka and No. 3 Floral Park in the championship 3 p.m. Saturday at Farmingdale State.

Andrew DeSantis, who scored a game-high 15 points and brought Garden City within a point at 38-37 on a turnaround jumper from the left elbow with 1:23 remaining, laughed off Granville’s former free-throw-shooting struggles.

“It’s been a joke because he hasn’t been the best free-throw shooter in recent years, and he’s really stepped up this year,” he said. “He’s really gotten in the gym and worked on it.”

Garden City, Long Island’s only undefeated team at 21-0, took a 20-12 lead into halftime but the lead had shrunk to 26-24 at the end of the third quarter. Elmont’s Ismael Astasie (nine points) scored six straight to cut the deficit to 23-20, and then Jaylin Miller (12) scored four straight to end the quarter.

Astasie gave Elmont (15-7) its largest lead at 32-27 on a tough layup in traffic with 5:10 remaining, but Kevin McNiff (eight points) immediately responded with a key three-pointer from the left wing. DeSantis eventually put Granville in position to save the Trojans’ season.

“He’s been here; he knows how to step up in big games,” said coach James Hegmann. “That’s who I want on the line.”

Now he’s building the foundation for a potential county championship — without the bricks.