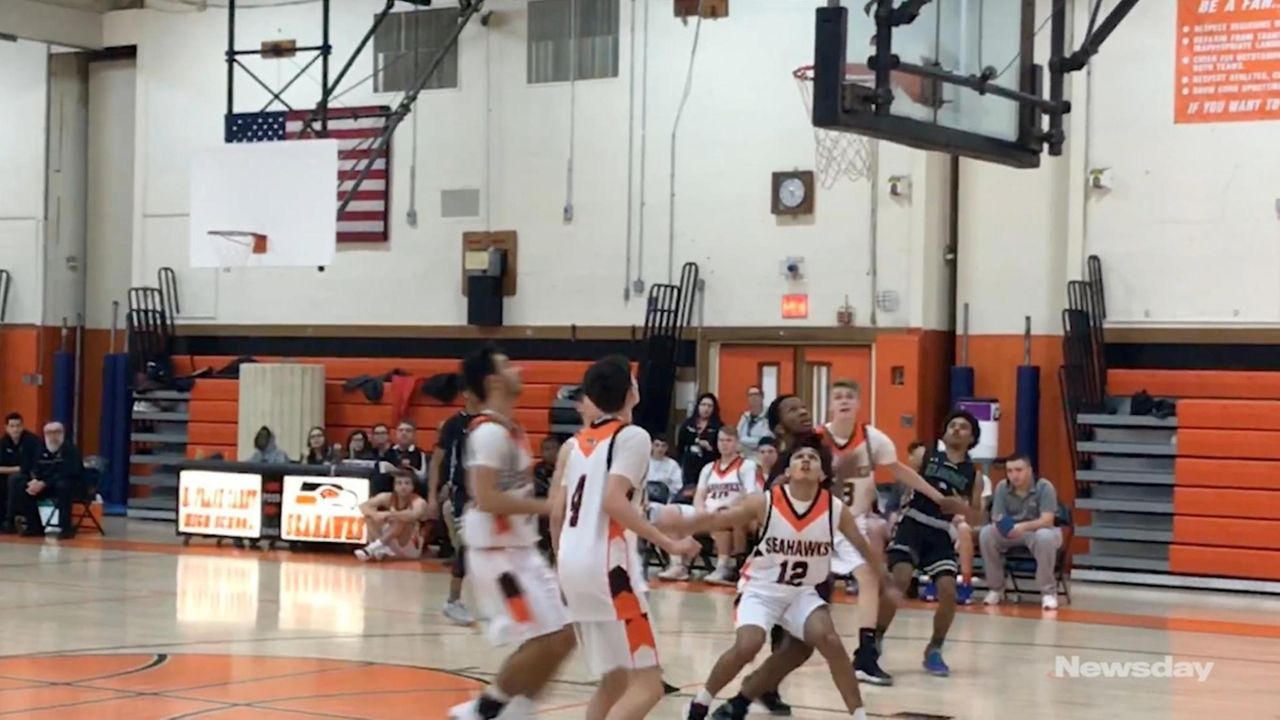 Jevon Santos not only has had an immense impact on Elmont’s production on the court, but also in lowering his coach’s blood pressure on the sideline.

If only Santos’ opponents were as lucky.

The junior guard has a knack for carving up defenses and dismantling opposing offenses, as was displayed with his 12 points and pressure defense in Elmont’s 75-36 victory over host Carey in Nassau A-II Friday night.

The game starts on the defensive end for Santos, as he’s learned over his three varsity seasons. The Spartans have held opponents to 46 points or fewer in eight of 14 games this season, including seven of nine conferences matchups in producing a 9-0 record.

“The defensive side is the most important side of the game,” Santos said. “If we’re playing aggressive on defense, then offense is going to come easier because we are going to get fast breaks. That’s how we get out, and we like to get out and run, so defense helps us wins game.”

Elmont, winners of two of the last three Nassau A titles, including a semifinal loss last season by a point, came out “lackadaisical” against a much improved Carey team, according to guard Qai Kellman.

The Seahawks, who fell to 3-6 but already have surpassed their total conference wins the previous two seasons (one), played a tough first half, cutting the Spartans' lead to 22-16 after a basket by Nick Giacalone with 3:40 remaining in the second quarter. But Elmont finished the half on a 12-2 run to expand its lead to 34-18 entering halftime.

“They were getting by us and they were doing their thing,” Santos said. “But in the second half, we focused more on sliding our feet and keeping our hands up so we could go out and run on the break.”

The Spartans had 12 different scorers, with Santos, Kellman (11) and Isiah Barnes (10) finishing in double figures. James Cosgrove had 10 points and Chris Toscano added eight for Carey.

“Athletically, we feel like we have an advantage,” Kellman said. “And we use our advantages to get the win, defensively.”