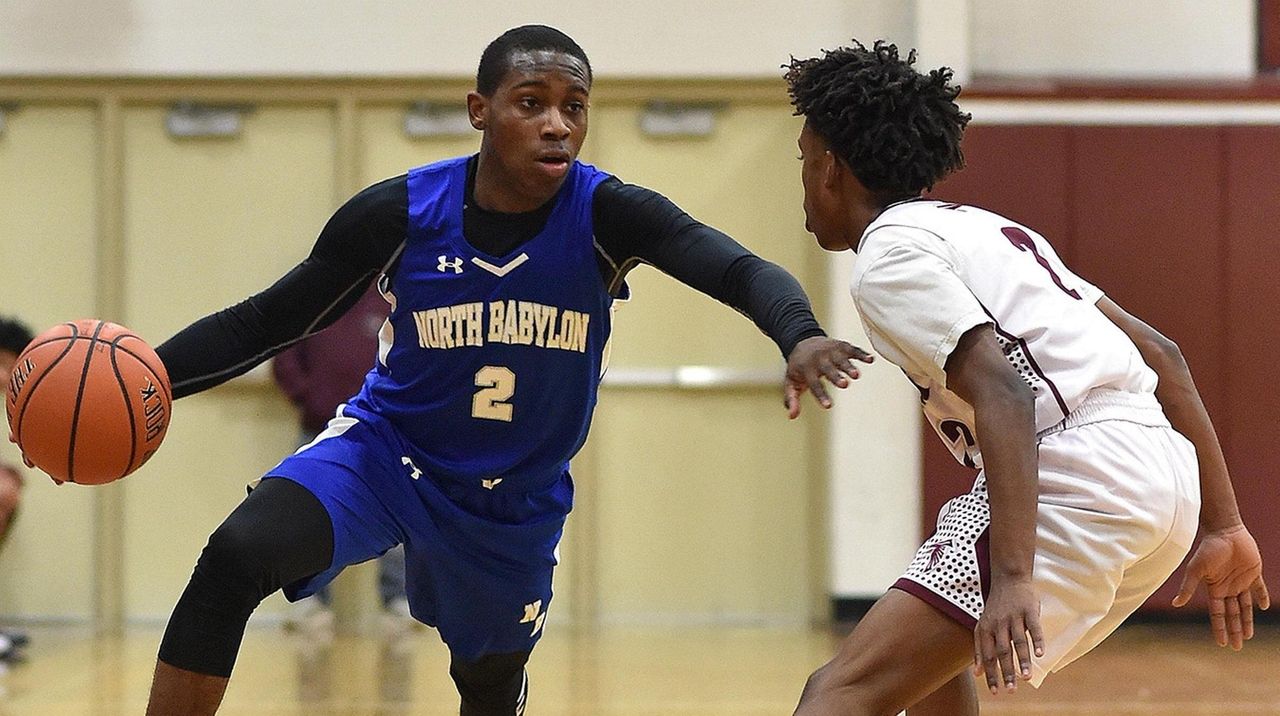 With the score tied and North Babylon not having the ball in the final 30 seconds, Frank Toney knew he had to do something.

The senior guard intercepted a pass and drew a foul with 16.7 seconds remaining. He then stepped to the line in front of a noisy crowd in the opposing gym and hit the first of two free throws that was the final point in the Bulldogs’ 50-49 victory over Deer Park on Monday night.

When he got to the line, Toney said he was thinking, “It’s just you and the basket. Nobody else matters, nobody else is in front of you. You just have to focus and knock it down.”

Deer Park took two shots sandwiched around a timeout in the final seconds but was unable to convert.

After a 9-9 regular season last winter, North Babylon improved to 12-0, including 8-0 in league play, as Bulldogs fans showered the court with chants of “undefeated” after the victory.

But the Bulldogs don’t credit their success to a single player, which was demonstrated Monday as seven North Babylon players scored with Toney’s 11 points topping the list.

Deer Park (5-2) opened a 20-7 lead after the first quarter with Malik Edmead, scoring 10 of his 18 points. D’Andre Edwards added 16 points for the Falcons.

North Babylon climbed back into the game in the second quarter, utilizing a 13-5 run to cut Deer Park’s lead to 25-20 with 2:50 remaining in the period, before the Falcons took a 31-23 advantage into halftime.

The Bulldogs outscored Deer Park 17-8 in the third quarter to take a 40-39 lead as Kevin Blanchet’s basket with 39 seconds left gave North Babylon its first advantage since the opening basket.

“We knew we had to come out strong in the second half,” said guard Dylan Diaz, who finished with nine points, including the first five points of the second half. “They had their turn, now it was our turn.”

Coach Brendan McCaffrey compared this year’s team to the 2009 Suffolk Class AA champion squad, but even he said “we knew we had something special, but not this special.”

“We’re not scared of anybody,” Diaz said. “Anybody that comes in our way, we’re going to play the hardest. It’s all heart, we play with all heart.”