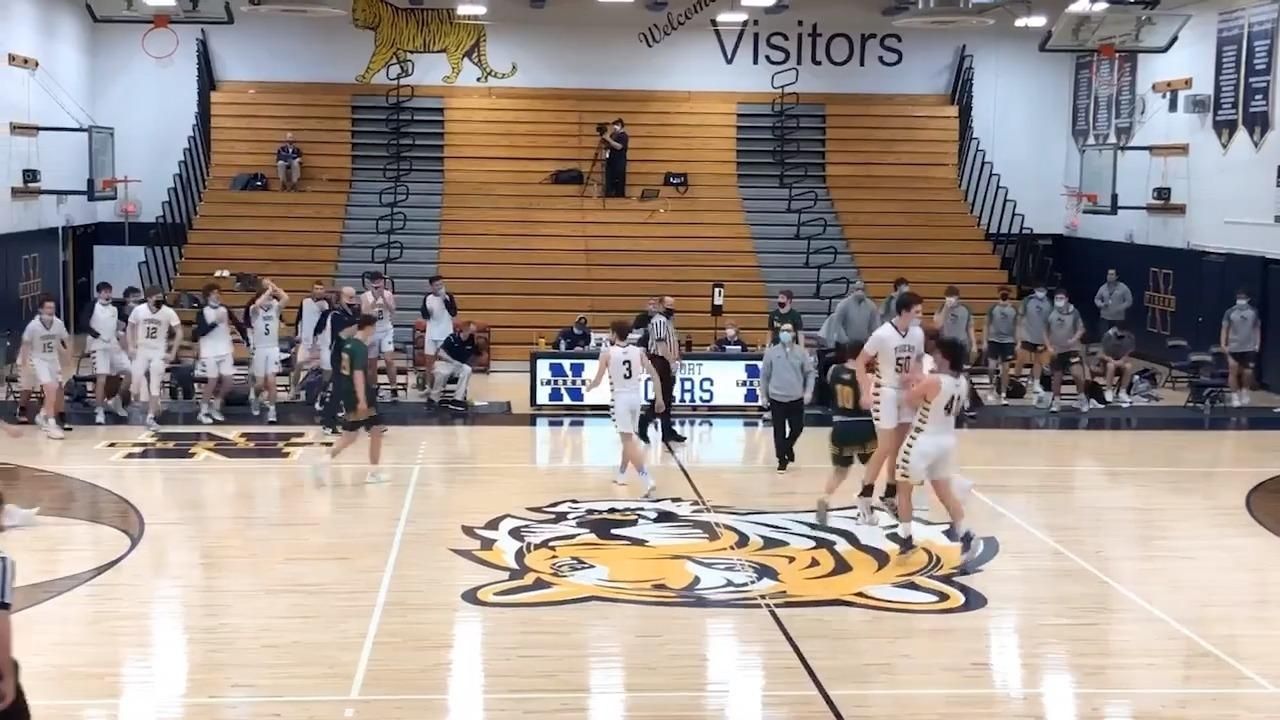 Patrick Healy and Jake Santamaria understand that Northport is fortunate to be playing at this point in the shortened season. The Tigers are one of only 16 boys basketball teams in the postseason.

The only blemish on their Suffolk League II schedule came in a two-point loss to Bay Shore. The game left quite an impression on both players after Bay Shore won on a buzzer-beater.

"We’ve been on the same page since that game and been locked in," Healy said.

Healy and Santamaria ignited the Northport offense in the fourth quarter Saturday as the Tigers beat Ward Melville, 45-32. They outscored the Patriots 24-9 in the final period to win a Suffolk Conference I semifinal.

The Northport offense struggled through three quarters against Ward Melville’s man-to-man defense and trailed 23-21. Still, they were only down two. A stingy Tigers defense, also playing man-to-man, kept them in the game.

Healy scoring eight of his 15 points, and Santamaria scored all 10 of his points in the fourth period for Northport (7-1).

The Tigers will travel to Brentwood, the League I champion, to play for the Suffolk Conference I title on Sunday at noon.

"They had a great game plan and executed," Northport head coach Andrew D’Eloia said. "We weren’t playing poorly, it was just a matter of Ward Melville playing at a really high level."

The Patriots (6-2) slowed the pace in the first quarter and took an 8-6 lead. Ward Melville continued to play a suffocating defense and led 18-14 at the half.

"It was a defensive battle and both teams were playing with great energy," Patriots coach Alex Piccirillo said. "I felt like baskets were coming at a premium and the boys really had to work for them. We were getting off picks and picking guys up and making it very hard to score. There weren’t many open looks for the shooters."

"Our whole thing this year has been to play great defense and the offense will come, we just didn’t know when," D’Eloia said.

Northport finally found its spark when it counted most. Healy hit a driving layup seconds into the final quarter to tie the game at 23 and Northport was on its way.

"The shots started falling for Northport and we got cold," Piccirillo said. "I’m thankful we played this year and I’m proud of our guys."