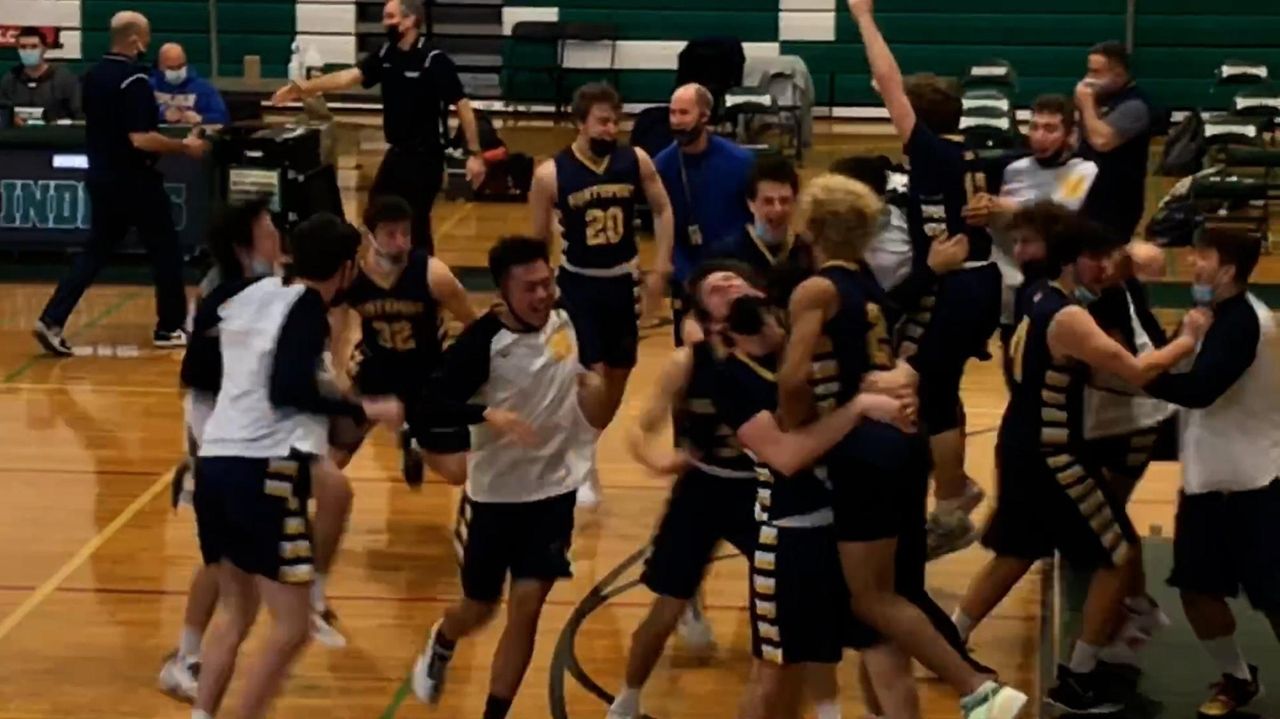 Northport proved from the opening tip in their matchup against a powerhouse Brentwood boys basketball program that it didn’t only believe it could win, but would win.

"It was really all about mindset," said Dylan McNaughton, who had 14 points. "We came in here thinking we could compete with them. They are one of the best teams in the state, but our mentality is, ‘We’re just as good.’ "

After taking a 13-11 lead with five minutes remaining in the second quarter, Northport didn’t trail again until Aaron Nyantakyi made a layup off an assist from Jordan Riley to close the third quarter. After Riley scored to open the fourth quarter, Pat Healy and Brendan Carr hit back-to-back three-pointers to give Northport a 44-42 lead, and the Tigers never trailed again.

Brentwood (6-1) tied the score twice late before Robby Kennedy drove and finished a layup to break a tie at 54 with 32 seconds remaining for Northport (8-1). He had a steal on the ensuing possession to help lock up the victory.

"I knew I had to attack the rim because they were playing high on me," said Kennedy, who had 10 points. "And that’s what I [had] to do to help our team win."

Healy led Northport with 19 points, including a steal and making a foul shot for the game’s final point with two seconds remaining.

"We’re Northport," Healy said. "We’ve always believed in each other since Day One. Ever since that loss to Bay Shore, we’ve been on a mission and we completed it today."

Coach Andrew D’Eloia credited his team’s defensive ability to challenge Riley, who is committed to Georgetown. Riley finished with 26 points but rarely had an easy look on the offensive end.

"I think the kids believed they could win and we’ve been getting stronger as the year went on and connected on defense," D’Eloia said. "And if you play solid defense the entire year, you always have that and I feel that came through for us today."

Even with all the unknowns, testing and protocols the Tigers had to undergo this season, the chance for a title made it all worth it.

"This means everything," Healy said. "Being here since ninth grade, this is all I ever wanted. Pandemic or not, a championship is a championship. That was the end goal and we achieved that as a team."