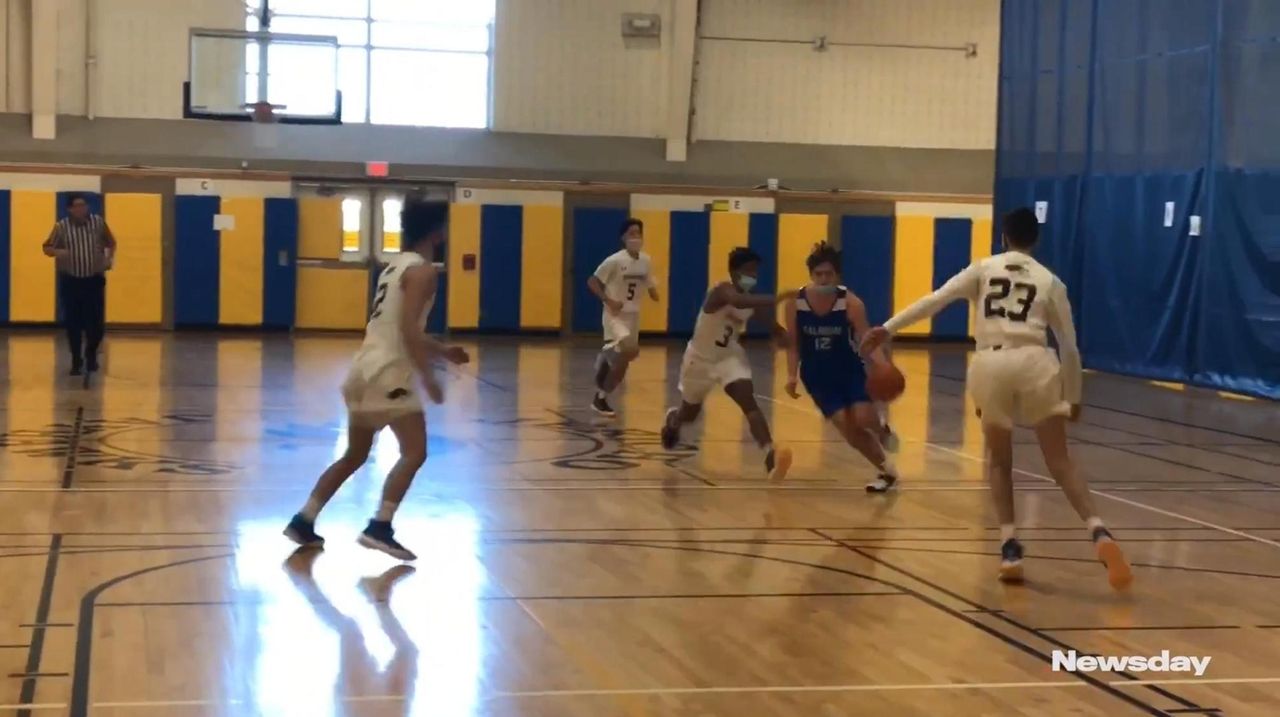 From the time he put up his very first shot, Pat Sanchez knew it was going to be a good day.

The Calhoun senior guard made his first warm-up shot Wednesday, and didn’t stop hitting from there. Sanchez had 34 points, including eight three-pointers, in an 80-60 victory over host Jericho in Nassau Conference A-II boys basketball Wednesday afternoon.

"I just came in feeling good this morning," he said. "I got good sleep and my first warm-up shot went in so I was like, ‘Ah, it’s going to be a good day today.’ And it was."

Sanchez wasted little time. He scored 11 points, including three three-pointers, in the first quarter. He said his shot felt fluid and when that happens, there’s only one thing you want to do.

"You just don’t want to stop shooting," Sanchez said. "You just want to get the ball and keep shooting every time, but you have to play team ball and we did that today."

"He’s the kind of player you want to give him the freedom to take those 10 three-point looks a game," coach Jay Kreutzberger said. "We run actions for him, so we have every bit of confidence in him to make those and he did today."

The two teams had a back-and-forth, competitive opening three quarters until the Colts outscored Jericho, 19-2, in the fourth quarter. The game featured five ties and six lead changes before Calhoun took a 46-45 advantage with 4:45 remaining in the third quarter and never trailed again.

Jericho (0-3) had possession behind 59-58, in the closing seconds of the third quarter, but Sanchez forced a steal near midcourt and made a layup at the buzzer to end the frame. Calhoun (3-1) controlled the game from there.

"I think it was huge because they were getting a lot of momentum there at the end of the third," Sanchez said. "And for us to finish the quarter with a basket really pushed us in the fourth."

Chris Zaveckas added 17 points -- including five three-pointers -- and Chris Stokel had 13 points in the win. Yaewon You had 14 points and Ryan Kim added 13 for Jericho.

Sanchez continued his strong shooting late, with 10 points in the fourth quarter. And when he’s in that zone, his teammates know what to do.

Photos: Calhoun vs. Jericho boys hoopsScenes from a Nassau Conference A-II boys basketball game between Calhoun and Jericho on Wednesday.