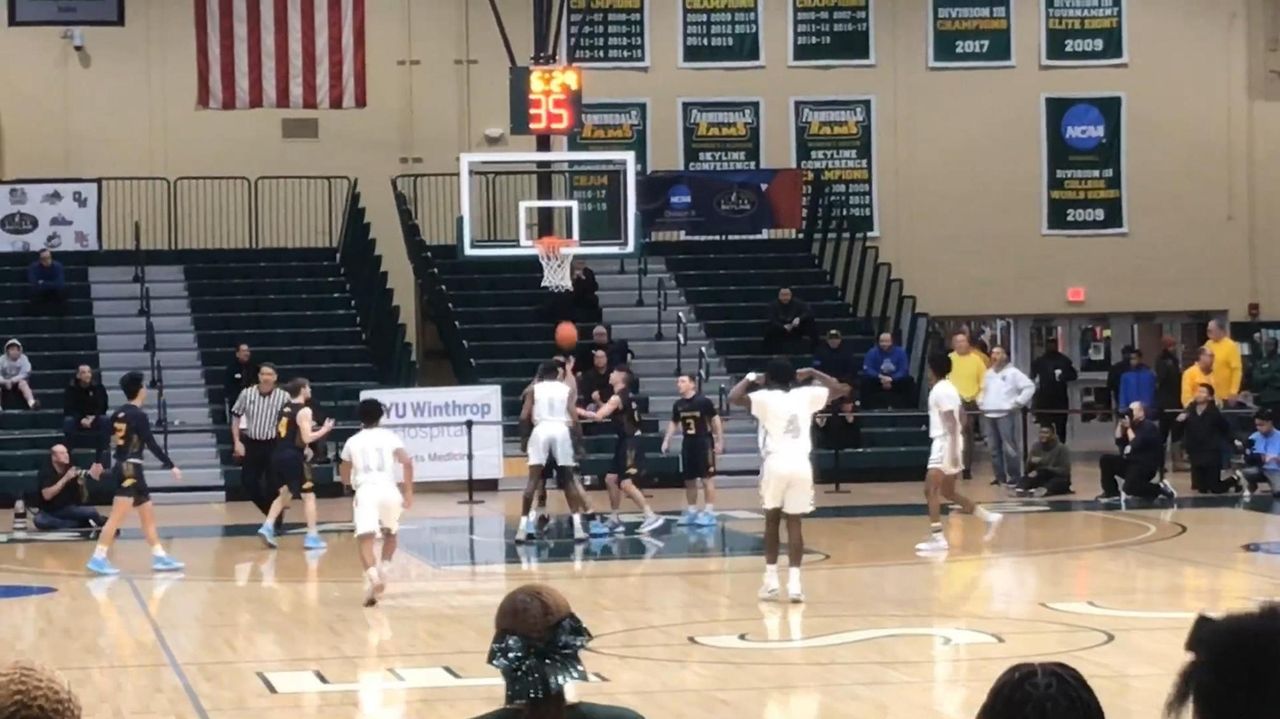 It was the emotional lift the South Side boys basketball team needed.

After seeing their once nine-point lead late in the second quarter evaporate to a one-point deficit before the half, Ryan Ledwith wasn’t going to let the Cyclones' opening 16 minutes end on a lull.

The senior guard took the ensuing inbounds pass, dribbled the court and made a three-pointer as the first-half expired to give South Side a two-point advantage. The third-seeded Cyclones carried that momentum the remainder of the game and defeated No. 7 Manhasset, 73-53, in a boys basketball Nassau Class A semifinal at Farmingdale State College Saturday evening.

“I just wanted to get a shot up,” said Ledwith, who finished with 14 points. “Luckily I hit it and the second half, our guys came back in and we just played great. It was a confidence booster and I think we definitely needed that.”

South Side (19-3) advances to play top-seeded Elmont (17-5) in the Nassau Class A championship at Farmingdale State College Saturday at 5 p.m.

“I think maybe Manhasset all of a sudden had a sigh at the end,” coach Jerry D’Angelo said. “They just had a great two minutes and then in six seconds, we could score a three. Maybe it’s that proverbial punch right before halftime that gave us a little bit of a boost.”

Part of the boost was knowing Eamon McGowan would be back playing major minutes. The senior guard and a team leader had two fouls in the opening five minutes and spent the majority of the opening half watching his teammates from the bench.

“It’s something no player wants to do,” said McGowan, who scored all 14 of his points in the second half. “But I had confidence knowing I was coming back in second half and I was going to play as hard as I can to boost my team, help my teammates and I’m glad we got it done.”

South Side outscored Manhasset 41-23 in the second half, including 21-6 in the third after Ledwith’s three-pointer swung the score into the Cyclones’ favor.

Jake Murphy added 19 points and Quinn Shannon had 12 points for South Side. Ahmad Crowell had 13 points for Manhasset (16-6).

Next up will be a tough test for South Side, as Elmont hasn’t lost a game to a Nassau Class A team this season.