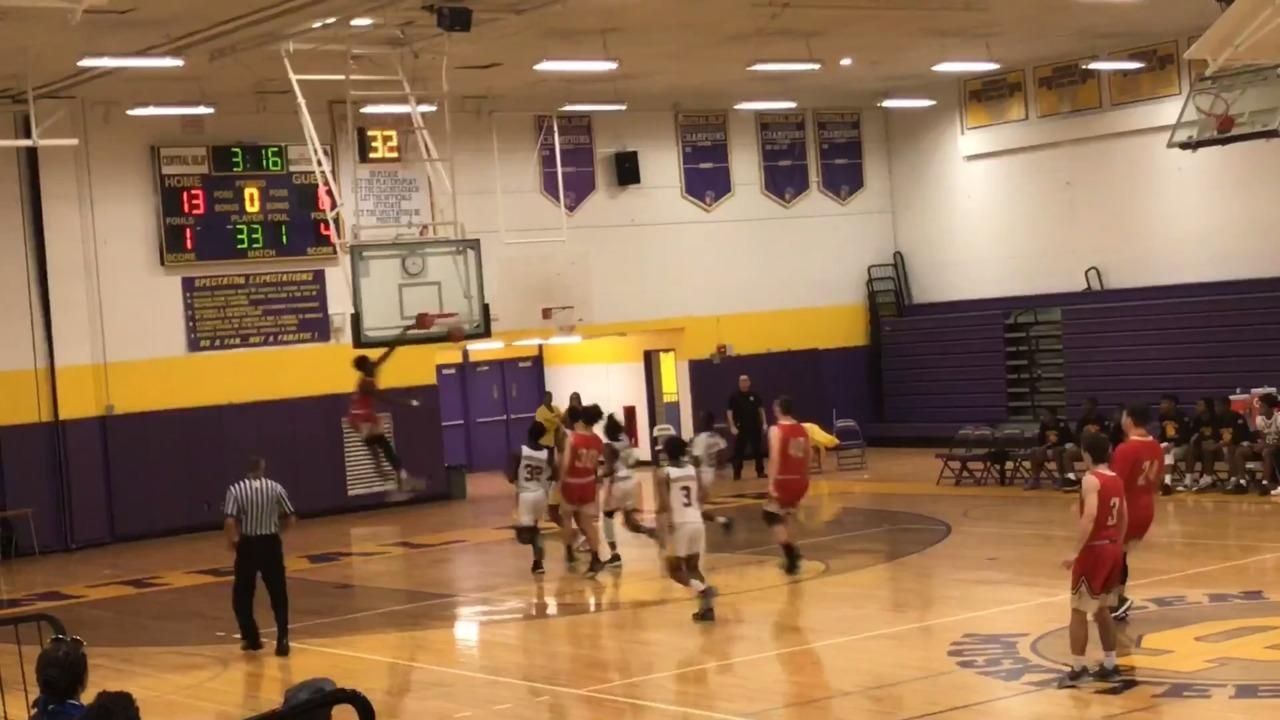 Ty-Shon Pannell was viewed as not only option ‘A’, but also options ‘B’ and ‘C’ often in his junior season. But after building chemistry throughout last year and returning all five starters, both he and coach Jim Mott don’t see that as the case this winter.

“Everyone used to think of us as a one-trick pony and last year pretty much we were in Ty-Shon Pannell,” Mott said. “And Ty-Shon is a great player and you saw again today how they double teamed him and tried to take him out of the flow.”

Pannell is used to facing different defensive looks, but this season he’s willing to rely on his teammates more to get out of tough situations. This was on display throughout host Central Islip’s 85-66 victory over Sachem East in Suffolk League I boys basketball action Saturday afternoon.

“Last year was tough because we were new,” Pannell said. “But now, I can chill and lay back a little bit more because I have guys around me.”

Pannell still led the Musketeers with 25 points, but Isiah Sween added 23 points. Sween scored 21 in the second half, including making five three-pointers.

“I was finally hitting,” Sween said. “The first half I wasn’t really hitting anything, but I stayed positive. I know I can make shots.”

What the Musketeers lack in size, they make up in shooting. Central Islip (3-2) features a guard-oriented offense with plenty of speed and range.

“Honestly, I feel like when we are hitting, there’s really nothing that can stop us,” Pannell said. “It’s good to have another player that I can always count on that’s consistent.”

After Central Islip took an 18-14 lead in the opening quarter, Sachem East scored the first eight points of the second quarter to take a 22-18 advantage. But the Musketeers took a nine-point lead into the half and never trailed in the second half.

Chris Boothe, who Mott called a “very special player,” had a game-high 36 points, including seven three-pointers, for Sachem East (0-5).

“We were a little flat in the first half,” Mott said. “And then Isiah Sween got out and gave us a big shot in the arm in the second half by making some of the shots that we expect him to make.”

And the Musketeers hope that outside shooting can lead them on a deep postseason run. Rather than focusing on what they don’t have, Central Islip focuses on never presenting an easy matchup.

“We’re just trying to prove that we play with the most heart on the Island,” Pannell said. “We’re probably the smallest team on the Island, but it doesn’t matter because we play hard. We just fight hard every game and we know that we can win. But even if we don’t win, we want the [opposing] team to say, 'We escaped.' "