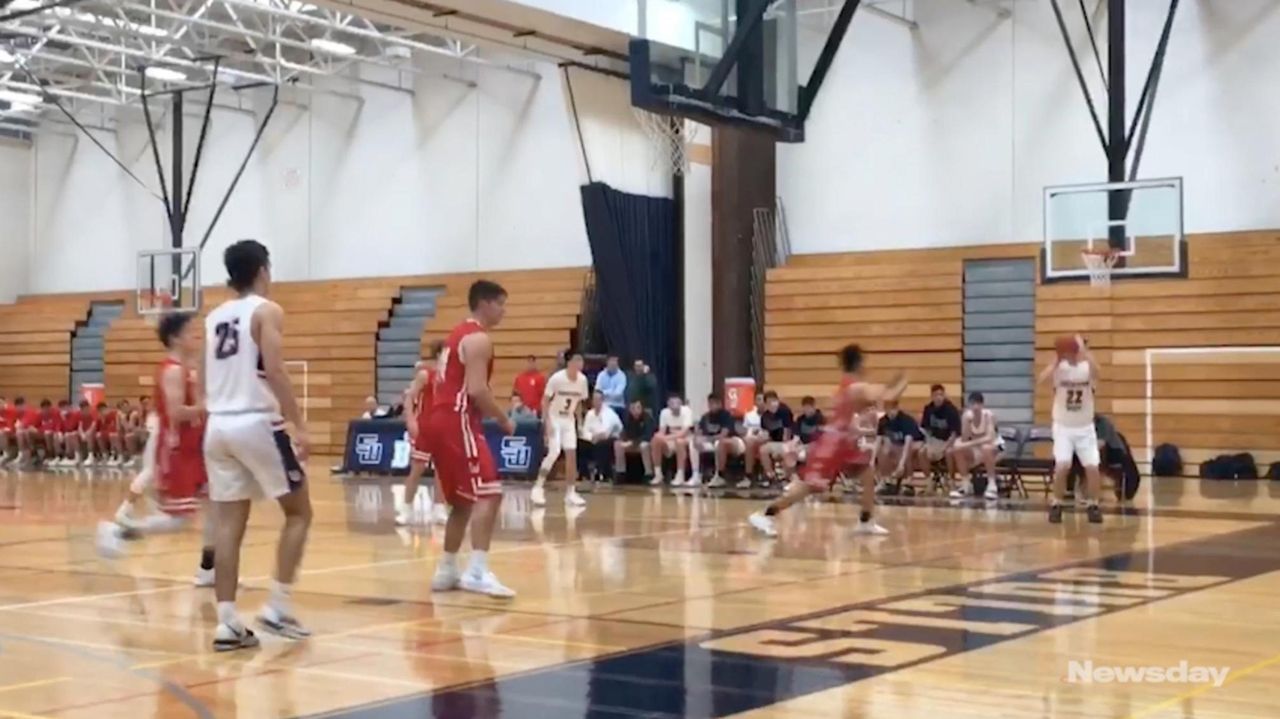 From the opening whistle, it was clear Matt Behrens was in store for a special day. Just ask his twin brother, Mike.

Mike and Matt have shared a basketball since the earliest stages of their lives. As twin brothers and four-year players on the Smithtown West boys basketball team, once one sibling starts feeling confident, the other knows how to get him the ball and allow great things to happen.

“From early ages, we’ve been playing together, passing the ball, and once Matt gets going in the first quarter hitting shots, we all gain confidence from him and we just take off,” Mike said. “I know no matter where I put the pass, he will probably catch it and lay it in, so I just look for him.”

Matt was scoring early and often for Smithtown West on Monday and had the team’s first nine points en route to a 73-54 victory over visiting Smithtown East in a non-league game.

“I felt good; my shot’s been off lately, so I’ve been working on it,” said Matt, who finished with 27 points and eight rebounds. “But it felt great to hit those early shots, see the ball go in and then my teammates finding me, that really helps.”

And when Mike and Matt are rolling, even coach Michael Agostino sometimes has to just sit back and let the two of them work the court.

“I’ll draw up something on a board and Matt will say, ‘Mike you go here, here, here and I’ll find you,’” Agostino said. “And I’ll say, ‘Fine, do the twin thing. Forget what I drew up, you have your twin power, go do it.’ They have unbelievable dynamic chemistry with each other.”

“That third quarter was big,” Agostino said. “And it was really just about defense. Zac is tough and he was launching them and he was hitting them and they were good inside. So we just talked defensively about being tough inside.”

TJ Smith scored 13 of his 15 points in the second half to go with seven steals in the win. Matt called Smith “maybe one of the best passers in Suffolk,” and Smith turned the compliment around to the Behrens brothers. Just from competing with them at practice, he knows how hard they can be to contain.

“Once they get going, it’s hard to stop them,” Smith said. “You can’t stop a twin connection once they start hitting shots, start bodying kids and going 100 percent, it’s really tough to guard them.”